It’s not about the chemical weapons, it’s about the Syrian pipeline – by Vicky Nissen 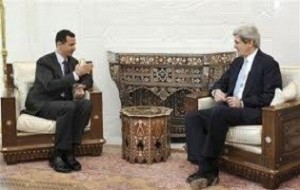 Obama is going after Syria to secure gas pipelines for Wahhabi Arab States.

America’s quest to bomb Syria is not about chemical weapons being used against the Syrians. Chemical weapons are basically a smoke screen, and Obama desperately wants to remove Assad from power for other reasons.

The players in this continuing world drama are Turkey, the United States, Iraq, Saudi Arabia, Iran and Russia. There is a good reason why Turkey and Saudi Arabia both have their backs against the wall and are desperate to take out Assad.

On the eve of a critical Capitol Hill discussion on Syria President Obama has offered Syrian President Bashar al-Assad a way out of any U.S. bombing campaign.

According to journalist Aaron Klein, Informed Middle Eastern intelligence officials have indicated that the U.S. passed a message to Assad through Russia offering a deal that would ensure against U.S. military action if the Syrian leader agrees to the following terms:

•Serious political reforms that will result in free and fair presidential elections.

•Assad will not be allowed to run in future presidential elections and agrees to step down from power.

•The international community, with U.S. participation, will help rebuild the Syrian army and security services to guarantee participation from all factions of the population. 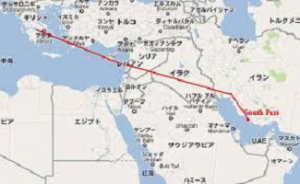 Two years ago, Syria announced it found a promising gas field in its country, and Oil Minister Sufian Allawai said “The first wells were drilled at Qara in Homs governorate, and the flow rate is 400,000 cubic meters per day.” This is great news for Syria’s energy revenues. Besides the prospect of its own gas field, Syria is also one of the most strategic locations for natural gas pipelines to flow to Europe.

Qatar, home to the world’s largest gas field along with Iran, has proposed a gas pipeline from the Gulf to Turkey that would traverse Syria to the Mediterranean, with the gas then being shipped to Europe. Assad in 2009 refused to go along with the Qatar plan, instead inking deals with Russia and Iran.

Called the Islamic pipeline, it is set to open in 2016; in fact, Iran, Iraq and Syria signed deals in 2011 to construct the 3,480 mile natural gas pipeline that runs from Iran’s South Pars to Europe. This Iran-Iraq-Syria pipeline is set to be the largest gas pipeline in the Middle East . It will snake through Iran, Iraq, Syria, South Lebanon and through the Mediterranean; in addition, the best refinery and infrastructure is in Damascus. Further talks between Iran, Syria, and Iraq for construction of the Islamic Pipeline kicked off in Baghdad today.

This is certainly one reason why President Obama helped run weapons from Benghazi, Libya, through Turkey into the hands of the Syrian rebels. Al Qaeda strongly opposes the Assad government and has joined other rebel factions in an effort to overthrow Assad and to install a more Sunni-friendly government.

Russia has built up naval presence in the ports of Latakia and Tartus to protect the pipeline. 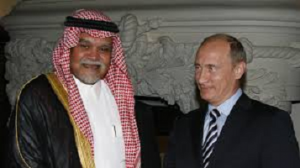 Saudi Arabia is desperate to get rid of Assad. The Saudi’s, through their intelligence chief, Prince Bandar bin Sultan, proposed to Russia that Saudi Arabia will buy $15 billion of weapons from Russia and invest considerably in the country. Further, the Saudi reassured Putin that ‘whatever regime replaces Assad, it will be completely in the Sandi’s hands and will not sign any agreement allowing any Gulf country to transport its gas across Syria to Europe and compete with Russian gas exports. Russia said NO.

Secretary of State John Kerry last week indicated that Arab nations have offered to help pay for any US military intervention in Syria, as he sought support for missile strikes.

It’s not clear if he was offered the same deal.

On the other hand, the Nabucco pipeline, run by the Sunni Muslims, was conceived as a keystone of the European Union’s plan to diversify its energy supplies away from Russia, which supplies some 150 bcm to Europe yearly and would have replaced about 20 percent of the Russian imports. The Nabucco pipeline would snake natural gas through Azerbajian, Georgia, Turkey, Bulgaria, Romania and Hungary. If Assad is gone, Turkey wants the Nabucco pipeline to run through Syria. 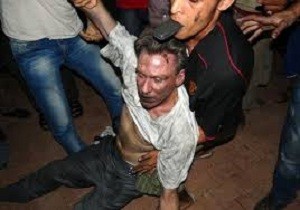 However, over the years, the grand ambitions of the Nabucco project have increasingly come to look more like a dream than any imminent reality.The original scope of the project was cut back dramatically in May 2012 when the consortium backed away from plans to build the Turkey segment of the pipeline and to focus only on the European part.The Nabucco pipeline is just too big, and Turkey is having problems getting suppliers to work together at costs that are reasonable.

So, it’s not about the weapons, it’s about money, power and Wahhabi Arab States.