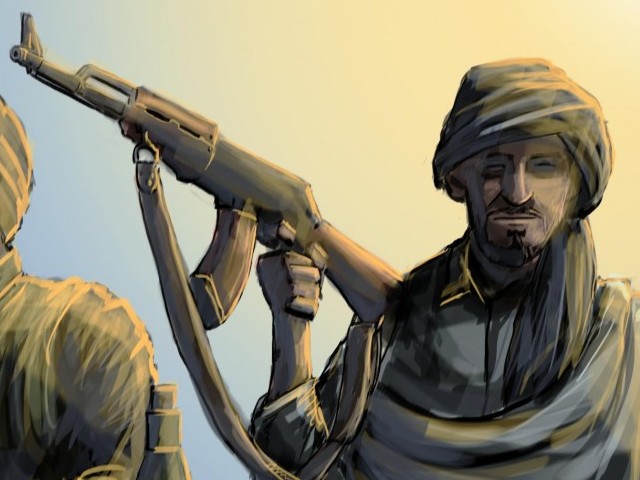 The TTP removed Muavia from his position as ‘punishment’ for accepting the government’s recent offer to hold peace talks and hence, rejecting the decision of the umbrella organisation. Muavia had said that the Punjabi Taliban had its own shura (decision-making council) and the TTP had no authority to remove him.

After accepting the talks offer, Muavia had said that negotiations between the government and the militants would strengthen peace efforts.

The TTP leadership had tried to contact Muavia for an explanation after he welcomed the government’s proposal, but they received no response.

According to the TTP spokesman, the decision to remove Muavia was taken at a meeting chaired by TTP chief Hakimullah Mehsud at an undisclosed location, the official said. The meeting directed all the militants not to contact Muavia.

After this meeting, TTP militants raided the central office, the resident and other hideouts of Asmatullah Muavia but he had already moved to an unknown location, according to officials.

Intelligence suggests that Muavia used to be the main agent for TTP’s recruitment activities in Punjab, particularly in the south of the province. He is a trained hardliner cleric, who is reportedly an expert in brainwashing techniques.

He is accused of providing chemicals to TTP from textile mills in Punjab, which were later used as explosives in the Marriott Hotel, Islamabad, bombings in September 2008.