Is it fair to throw the humiliating DI Khan jailbreak in the PTI’s lap alone? – by Dr Mohammad Taqi

Just as the intelligence agencies’ ability to detect and intercept the TTP plan to attack the Dera Ismail Khan (DIK) prison was being questioned, reports in the media started appearing about the intelligence agencies tipping off the Khyber Pukhtunkhwa government a few days before the assault. While there was no official press release from the armed forces, the wording in some op-eds and that of some television anchors defending the armed forces’ position was remarkably similar. The humiliating jailbreak was being thrown in the PTI’s lap.

DIK, like many other cities, has a sprawling cantonment with a massive army presence. Also, the routes between DIK and the frontier regions and the tribal areas have several checkpoints, which the terrorists apparently had no difficulty in crossing. While the three-hour long encounter was being reported around the world, the DIK-based army units either did not get a whiff of it, were not equipped to respond, or just did not bother to move. The miserable response of the security forces to the specific jailbreak threat and after-the-fact hyperactivity with red alerts after picking up nonspecific chatter earlier this week does not inspire much confidence. Mr Khattak has now revealed to the media that he indeed had contacted the military authorities ahead of the attack and the army and elite police both had been deployed at the prison. Mr Khattak has alleged that the military and law enforcement agencies did not resist but colluded with the TTP attackers. If true, Mr Khattak’s charges lend credence to the concerns that jihadists within the ranks of the armed forces — a consequence of decades of consorting — have facilitated jailbreaks and other attacks in the past.

The jailbreak will boost both the morale and ranks of the TTP and affiliated jihadist groups and essentially wipe out the gains made perhaps over several years. The 250 hardened criminals sprung from the prison are now on the loose and will replenish the terrorist leadership and cadres. As the DIK episode came on the heels of similar audacious jailbreaks by al Qaeda (AQ) in Iraq and Africa, a link is being sought between AQ and TTP. We have argued here before that the TTP, assorted Punjabi Taliban and the Haqqani network are the AQ conglomerate in Pakistan. The AQ ‘business’ model has been to enable franchises as a force multiplier, not run them directly. The spectre of ‘core’ AQ in Pakistan is almost a red herring at this point. Similarity in timing and tactics of the attacks comes from the shared training history and ideological allegiance to the core AQ. The TTP might very well have responded to or was inspired by Ayman al-Zwahiri’s ‘destroying the walls’ jailbreak call, which was launched last year, but their gains and its fallout will be local first and foremost.

The PTI should realise that blaming past governments might be a good excuse but is bad leadership. Also, the PTI cannot expect a police force to fight the terrorists while its leaders keep insisting that the Taliban are not their enemy and it is not their war. If the PTI is still gung ho about talks it must come up with a concrete plan for that, whether it entails Mr Khan’s audience with the military brass or the Prime Minister Mr Nawaz Sharif. The federal government on its part has been Missing In Action through the whole episode letting the PTI take all the flak. But going for optional pilgrimages when the going gets tough at home is a policy Mr Sharif may have to reconsider. The blame may end with the government of Khyber Pukhtunkhwa this time but the terror won’t stop at its border with Punjab. How soon the provincial and federal governments and the security agencies get their act together remains to be seen. In the interim Pakistan will remain prisoner of a flawed narrative while the TTP finds more jails to break. 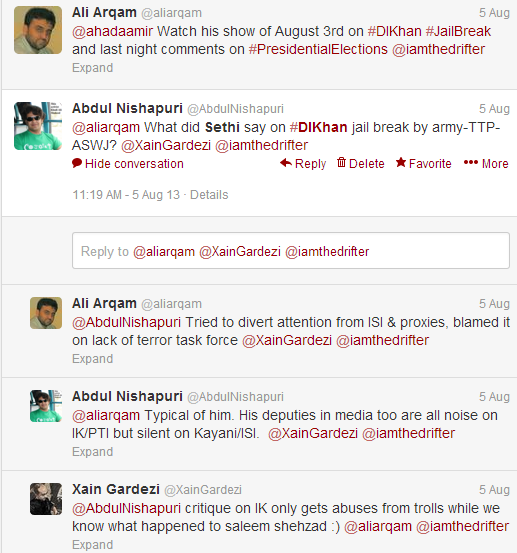 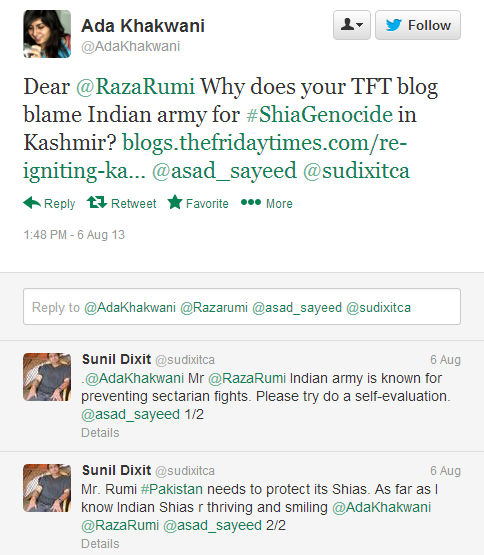 12 responses to “Is it fair to throw the humiliating DI Khan jailbreak in the PTI’s lap alone? – by Dr Mohammad Taqi”