Home  »  Original Articles   »   O Cheater! It is you who should remember “Zulfikar Ali Bhutto”! 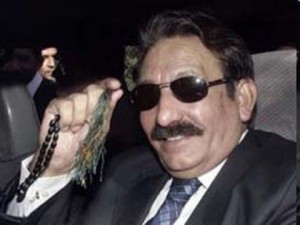 Jootay will await you after 12th December 2013

I was disgusted to see a small news report that appeared on 3rd August after Imran Khan’s appearance in front of the highly exalted, holier than thou, judges of the Supreme Court, headed by the Abul Cheater, Iftikhar Muhammad Chaudhry. Apparently the mouth of south, the king of garbage, Iftikhar Chaudhry reminded Imran Khan while demanding his unconditional apology with words “Zulfikar Ali Bhutto yaad hay? Adlia pay tanqeed bardasht nahee karen gay”! look at this insignificant man, the cheater of cheaters, morally and financially corrupt, responsible single handedly for keeping democracy on a ledge, ending Pakistan’s privatization program, he has the courage to say “Zulfikar Ali Bhutto yaad hay?!”.

O Cheater, you should remember Zulfikar Ali Bhutto. He was and still is the leader of the people or Quaid-e-Awam. He gave us voice. You and your brothers killed him. It should not be Imran Khan who should remember Zulfikar Ali Bhutto. It is you and your brothers, all the children of Zia ul Haq who should remember the leader that he was and still is. Just go and see his mausoleum which is in the middle of nowhere and is visited by hundreds of thousands every year. Your father Zia ul Haq is buried in Islamabad and probably his own children do not visit his grave.

Forget Zulfikar Ali Bhutto. Worry about yourself. What will happen after 12th December 2013 when you retire? Don’t you think your files will be opened and the self declared amnesty on your crimes will not be lifted! Think again buddy! You will be a “one more” in the list of have beens!

For your information, name 10 ex chief justices who are remembered today in good words. You are sadly mistaken about you and your brothers “value!”.