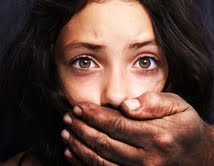 Our society is complicated. We claim to be democratic and free, yet we don’t ever talk about countless deep rooted issues that have plagued our society. We claim to be an Islamic state, yet our women consider themselves safer in Europe and America than this Darul Islam. We wail for Aafia Siddiqui who had allegedly been tortured and assaulted by American soldiers, yet we forget countless of our Aafias who are assaulted, tortured, raped and harassed every single day within our homeland.  And to put a cherry on the top, many of our women themselves stay quiet over this injustice because they don’t want to embarrass their families or become the talk of the town.

While one may go on to explore many loopholes in our society, let’s dwell on one such issue that hampers the working of majority of our women. That is sexual harassment.

Few months ago, Human Rights watchdog reported that in Pakistan, 68% women are sexually harassed.  If one looks at the definition of sexual harassment, one would surely find those behaviors and gestures that are quite prevalent in our society.  In fact, constant staring, deliberately touching someone’s body, making sexually explicit remarks and gestures, are all so prevalent that probably many of us don’t consider that harassment. It is more of a daily routine matter now.

After interviewing a number of educated women from diverse backgrounds, it is clear that many of us don’t fully conceive the term sexual harassment or know the fact that by law, it is a crime. However they did manage to identify certain acts of sexual harassment.  Most of them requested to keep their names anonymous or use pseudonyms. Interestingly, a suitable place and time had to be found as none of them wanted their parents or any other relative to hear about the conversation that was held via skype and telephone.

When asked what was the first thing that came to their minds at hearing the term sexual harassment different themes emerged. Fatima, a student of Punjab University says, “You get scared! I do not want to be in that situation.” Rizwana starts recalling the day to day forms of sexual harassment when asked the same question: “I recall constant staring at workplace in universities, giving signals that make you uncomfortable, somebody continuously chasing you..”

Rizwana recalls her school fellow, who was 14 when she was harassed by her tutor. “ She wasn’t good in academics and her parents had arranged for her a tutor…the tutor would get physically close to her and upset the student…However, she couldn’t muster up the courage to tell her parents and kept on asking for my suggestions at that time.”

Fatima talks about the cellphone harassment that is prevalent in society. “Those perverts call you..if you pick up the phone, they make a sexually explicit remark..”  She further told that they would also send text messages with vulgar poetry. Yet she could never trace out who those people were.

Fatima also recalls an incident that took place at Rawalpindi Medical College.. “My friend who was studying in Rawalpindi medical college was going to fail in an exam. Her professor told her that he would pass her is she goes to Muree with him and spends three days.”  She didn’t agree to it and failed in that subject.

Amna who is a student and works at a TV channel shares stories about how a girl is exploited by her colleagues. ”Many girls who want to be anchors are exploited by the producers…They ask you to go with them on lunch or accompany them if you want to come on screen.”

Amna was also selected as a host for a news program but she couldn’t make it. “I was selected for a TV talk show as a host. I was told to meet the anchor person who is well known and I had deep respect for him till then. However, the way he looked at me and talked to me in the first two minutes of the meeting made me cry..” She couldn’t go to office for the next week and later refused to work with him as a co-host of the show.

Despite the fact that there was a sexual harassment complaint cell in her office, Amna didn’t lodge any. “People will get to know me for bad reason.” She didn’t tell her mother as well. “My mother would get upset and that may even end my career as well.”

However she believes that organizations and government should take measures to ensure that nobody’s exploited on the basis of gender. “ I know women who have to earn to make money and feed their families…They are most vulnerable to sexual harassment.”

All of them seem to be disappointed at the way women are treated in our society. Fatima blames society for not being supportive enough for girls. “In our society, a woman by default is considered at fault,”  she said adding that It was better for a girl to forget these “petty harassments” every night before she went to sleep.

Fatima doesn’t even feel optimistic about the law recently passed to criminalize sexual harassment. “it’s a good thing but it won’t bring any change. Girls will not be willing to go to a committee or talk to someone as they would feel humiliated.”  However she believes that girls have to be bold enough to speak up and raise their voice against it. “Society and in particular parents need to be supportive and stand by their daughters in such situations”

Rizwana thinks that the communication gap between parents and children is the biggest reason why this situation is prevalent. “I was 13 years old when I stared studying in co-education. Before I stepped out of the house, my mom would tell me how to carry myself. “She added that communication helped a lot and because of that she always remained on high alert.”

However Rizwana also blames media for not doing enough to highlight and educate people about this issue.” Our media personnel do not have time to talk about these social ills. Neither do they talk about personality development.”  She adds that with awareness, we can overcome this to a great extent.

Youmna believes that implementation of law will resolve all the issues. “In developed countries, women are empowered by law…if anything tries to harm you, you can immediately call the police.” She thinks that as long as women aren’t empowered by law, nothing much will happen.

Ayesha, a student of mass communication at Punjab University, thinks that media is responsible for worsening the situation. “Our media is highlighting this issue but the way it is done is only glorifying this act. “  She thinks that as long as media doesn’t tame down the sexual exposure in movies and people are not punished, then this menace can’t be eradicated.

However, she agrees that men are exploited as well. “Very recently, our former director was relieved of his duties on charges of sexual harassment. Now we have come to know that the complainant has withdrawn her application and hence no charges could be proven.” She thinks that sometimes, this is used by the dominant groups to defame people of high respect.  “However the remedy for this is to punish the complainant in case it turns to be false.”  Contends Ayesha.