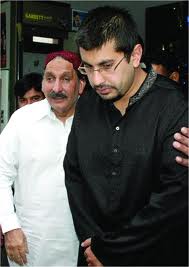 Will Abu Arsalan and Chacha Supremes of Holy Judicial Empire continue to support their allies of ASWJ aka LeJ aka SSP aka Swad-e-Azam? Will LeJ continue to get positive coverage in The Friday Times? Surely, the admission of guilt cannot be qualified as “Sufficient Evidence”. In light of the past cooperation and friendship between ASWJ and Holy Judicial Empire lead by Emperor Abu Arsalan, I don’t think this information will lead to a Suo Moto action. The Friendship between ASWJ and Holy Judicial Empire is like our Pak-Cheen dosti. It is deeper than the financial pockets of Comrade Shareefa Al Jalib Wal Faiz. It is stronger than the Stainless Steel Safes of Aabpara. Emperor Abu Arsalan does not forget his allies in the Lawyer Movement such as ASWJ. He and other Chacha Supremes will once again blame the Prosecution and police and will instruct the Punjab Government to give even more stipends to ASWJ. For such are the Bonds of Ghairat that define the Two Nation Theory