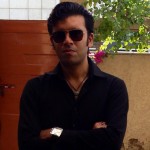 While the world was acknowledging Malala Yusufzai’s courage and applauding her commitment to education, Pakistan remained apathetic mainly because it was busy celebrating Ramazan in a holier than thou spirit, or was in a state of jubilation at the revelations of an Indian IPS officer Satish Chandra Verma who claimed that Indian government orchestrated the 2001 Parliament and 2008 Mumbai attacks. Malala’s speech was broadcasted live by major international TV channels, but Pakistani print, electronic and social media remained numb as the Satish Verma claim took the country by storm. Infamous political TV show anchor Mubasher Luqman did an entire Indian bashing show scrutinizing Verma’s claims by inviting the Pakistani male version of Ann Coulter, the psycho neurotic jingoistic Zaid Hamid. Similarly, various other vociferous Pakistani talk shows also focused on Indian bashing and praised the Kashmiri terrorists who have been locally revered as “Mujahideens”.

So let’s embark on an investigation into how much credence there is in Verma’s claims which have created a volcanic eruption in Pakistan. This lava burst it’s banks when a former Indian Home Ministry official RVS Mani in a letter to Home Ministry claimed that he was coerced by Satish Verma to sign statements, unsupported by evidence in Ishrat Jehan case. In the same letter Mani revealed that Verma had told him that the Indian government had orchestrated the Parliament and Mumbai attacks with the objective of strengthening the counter terrorism legislation. Satish Verma did not provide any evidence to substantiate his claims, but instead his theory was based on his own anecdotal analysis as he claimed to RVS Mani. In order to bolster his conspiracy theory, Mr Verma provides two examples. He discloses that after the 2001 Parliament attack the Indian government enacted a Prevention of Terrorist Activities Act and made an amendment to the UAPA Act after the 26/11 Mumbai attacks.

Does this mean that Mr Verma’s anecdotal analysis outweighs all the counter terrorism investigation of Indian investigators? Let’s agree with Mr Verma that Indian government staged the terrorist attacks but then what about the Chicago trial of David Headley and Tahawwur Rana who had played critical roles in Mumbai attacks? Assuming that everyone is involved in this conspiracy, how come Pakistani investigators themselves have found substantial incriminating evidence that directly connects Pakistan based militant group Lashkar e Taiba to Mumbai attacks?

It would be ridiculous to dismiss all these investigations just because a cop Satish Verma pretends to have an anecdotal conspiracy theory. This is not how criminal investigations are carried out in the real world, because in the real world anecdotal and personal analysis has no value because cases are determined by evidences and facts. Going by Mr Verma’s logic and his absurd analysis, all countries that have implemented or strengthened their anti-terrorism laws in the post 9/11 world are responsible for staging terrorist attacks themselves. Naturally, any country will tighten any particular law when it is required to do so in the best interests of its citizens, for example, UK passed a Dangerous Dog Act in 1991 banning certain breeds of dogs such as pit bull terrier in response to various incidents of serious injury or death resulting from dog attacks. As per Satish Verma’s rationale, is the UK government to be blamed for the initial dog attacks and then enacting legislation to protect its citizens from this menace? As asinine as it sounds, these allegations of Satish Verma regarding Indian government mostly slipped under the radar, but in Pakistan it is still generating headlines. This is because of the Pakistan conspiracy theory culture which has kept a stranglehold over the country ever since its partition from India. This conspiracy culture is a serious impediment in Pakistan’s progress in education, innovation and technology. Last year the whole country was gripped by a “water car” euphoria when a former convicted criminal Agha Waqar garnered his 15 minutes of fame by taking Pakistan for a ride in his “water – fuelled” car.

Impartial academic research, analysis and opinions normally do not carry any weight of forming narratives and opinions in Pakistan and only that information is given importance which supports the already established dominant narrative. The latter briefly states that Pakistan Army is the most disciplined institution, free from all corruption and polarization, which is successfully safeguarding the country from the nefarious destructive designs of India, Israel and United States of America. It further portrays Pakistan as an innocent lamb who has played no role in supporting terrorist groups. Since the past decade, the Pakistan Army and its civilian sympathisers have invested massive resources into building this narrative and have been regularly disseminating this propaganda and strengthening this concocted theory. Due to this, Pakistan Army’s propaganda and brainwashing operations, a culture of intolerance has been created where any counter narrative is dismissed without any attempt at analysis. Only those opinions are willingly accepted which support the dominant narrative no matter how stupid they sound. This is why many Pakistanis immediately blamed USA and India for the deadly 2010 floods when Pakistani premier scientist Dr Atta-ur-Rahman blamed so called US government’s secret program HARRP for causing floods and earthquakes in Pakistan.

The promotion of this conspiracy theory culture might help achieve some short term objectives for the Pakistan Army, but in the long run this modus operandi proves catastrophic. This is because it strengthens the influence of religious fundamentalist elements by giving them the chance to masquerade as innocents. This gives them the legitimacy to operate with impunity and to attract funds in the name of charities which ultimately helps them to procure arms. Also this gives them enormous power and control over the judiciary as well as the law enforcement authorities. Take an example of the Pakistani global terrorist, Hafiz Saeed, who’s well known in the world for his radical credentials but in his home country he’s depicted as a pious man who also happens to be a television celebrity. In 2009, Mr Saeed was acquitted of all charges by the Pakistani Lahore High Court. The prosecution lawyer Latif Khosa even convinced the judge regarding Hafiz Saeed’s links to Al Qaeda due to incriminating evidence. But the judge still gave the ruling in Saeed’s favour. This was because the judge was of the opinion that Hafiz Saeed’s having links with Al Qaeda was no offence under the law of the Pakistani land since Pakistan had not tagged Al Qaeda as a terrorist group yet. Imagine that the country which has lost over 50,000 of its citizens to Al Qaeda supported militants, suffered a $70 billion economic loss but still is unable to pass an Anti-terrorist legislation banning Al Qaeda. This goes to show what Pakistan’s priorities are and how intellectually bankrupt this nation is.

One could easily listen to the speeches of Pakistani dreaded terrorist Maulana Masood Azhar on the internet and see not only the pride he takes in glorifying the attacks he has carried out against India, but also the speed with which his inspired followers sign up for recruitment. But why would one expect a Pakistani to listen to them and find out the truth for themselves when they would rather abandon critical thinking, instead subscribing to the prevailing narrative that India is enemy No. 1 and all of Pakistan’s ills should be laid at their door.

The writer is a Pakistani investigative counter terrorism analyst. He tweets at @Anas_Abbas1.