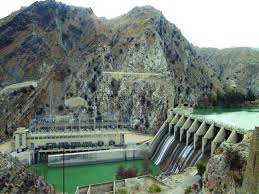 Nawaz Sharif is habitual of taking credits of the projects initiated by his competitors. The thought came to mind when I learned some PMLN activists ranting about their bla bla governance and capabilities on the inauguration of 84MW hydropower project near Mangla Dam in Azad Kashmir!

To tell you about this particular project, the project was initiated by previous government of PPP. It is completed at a cost of $215 million in 40 months and will produce 84 megawatts of electricity, which will be added to the national grid through a 132 kV transmission line. ADB, IDB, IFC, HBL and NBP provided financial assistance for the project. Its sponsors include Hub Power Company, Pan Asian Investment Limited and Continental Energy Limited.

Nawaz Sharif while speaking in the induction ceremony said that it was a matter of great pleasure and privilege for him to inaugurate the first-ever hydro project constructed by the private sector in Azad Kashmir and Pakistan. But he bald-facedly DISREMEMBERED to mention that this project, like many other projects which he will be inaugurating in his tenure, was started by previous government of Pakistan Peoples Party (PPP).

Ladies and Gentlemen, this is not the first time when Nawaz Sharif is trying to claim the recognition of such developmental projects. Nawaz Sharif and PMLN are habitual of doing this, amusing thing here is that major developmental projects that come under the ‘winning’ (whining) belt of PMLN in past were either started or completed by PPP government. Pakistan’s Nuclear program is just one example of such projects. Concluding my thoughts, I urge everyone not be fooled again by the cheap whoopla of PMLN Government. This 84MW hydropower project near Mangla Dam in Azad Kashmir is a gift of Pakistan Peoples Party to our friends in Azad Jamu and Kashmir, it will not only improve electricity generation and supply but will also open new panoramas of progress in Azad Jammu and Kashmir.

This shows political and moral corruption of Nawaz Sharif that within two months they try to take away credit as much as possible from the PPP. Also, the payments of Rs 300 billion to IPPs especially more than Rs 45 billion to power plants owned by Mian Mansha may show the complicity of these businessmen who created deliberate power shortages to get Nawaz to perform better in polls.