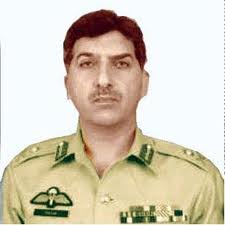 Former Inter-Services Intelligence director general, Lt Gen (r) Ahmed Shuja Pasha, launched a salvo of allegations against anyone he could when he appeared before the commission probing into the US’ Abbottabad raid that killed Osama bin Laden in May 2011.

The former spymaster slammed Gen (r) Pervez Musharraf for bowing down to the Americans, the political leadership for ignorance, indifference and its lack of a reading culture, security and intelligence agencies for not performing diligently and journalists being routinely and easily bribed with money, women and alcohol for launching smear campaigns against the country’s premier spy agency.

He said Musharraf caved in to the US so promptly that Shamsi airbase was given to them for drone strikes against people in Pakistan.

He said the Abbottabad incident was a result of lack of capacity, inadequate knowledge and wrong attitude.

Lt Gen (r) Pasha admitted before the commission that the ISI had brutalised many, even ‘decent people’, but said the ISI mindset, culture and methodology were changing.

He also hurled a warning, saying there were people who continued criticising the ISI against national interests, and that they should fear the ISI.

Pasha told the commission that former PM Gilani’s statement about a “state within state” and asking who had given visa to Osama bin Laden had angered the army beyond imagination.

He said the Defence Ministry never sent a request for information sharing.

Lt Gen (r) Pasha claimed that no one, including the defence minister, read policy documents on defence and there was no culture of reading among the political leadership.

“A thinking process does not exist, hence there is no formulation of any policy,” he had divulged.

The former spy chief also made a rare admission of enforced disappearances notwithstanding the fact ‘it (the ISI) had no legal authority’ and sought detention powers for the agency.

He further disclosed that the US had pressurised Pakistan through Saudi Arabia for the release of Dr Shakil Afridi, but was denied.

He also admitted links with the fearsome Haqqani network, which the general said was a brain child of the ISI and CIA and created after the Soviet invasion.

Besides Pakistan, other countries like UK and Italy were also in touch with them, he disclosed.

The former ISI DG said the CIA had infiltrated several foreign NGOs, including Save the Children, which had “a history of involvement with the CIA” and concluded there were very few NGOs that could be termed totally “clean”.

Pasha said the CIA director had personally requested not to expose Save the Children’s role in its activities in Pakistan.

He rejected the idea of putting ISI under civilian control, saying an earlier attempt to bring it under the Interior Ministry was disastrous.

Explaining the indifference of provinces on intelligence sharing, Pasha blasted Sindh and Punjab. He said the ISI knew foreign miscreants lived in Karachi’s no-go areas, but police dared not venture there.

Pasha said the Lahore police protected those who attacked the Qadianis in 2010 and even directed them to the hospital where the wounded were being treated.

“No guards were assigned to the hospital for security despite the information passed on by ISI as venal political influence intervened everywhere,” the general had said.