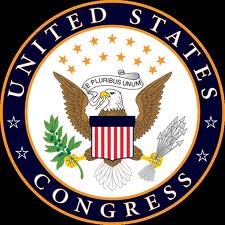 Editor’s note: LUBP is publishing this very significant letter signed by a bi-partisan group of members of United States Congress addressed to the newly elected Prime Minister of Pakistan. The letter condemns Shia Genocide in Pakistan by Takfir Deobandi terrorists (operating as Ahle Sunnat Wal Jamaat ASWJ-Deobandi and Lashkar-e-Jhangvi). The letter quotes human rights groups documenting incidents of anti-Shia violence in Pakistan. At the end, it makes it clear that it is not rocket science to stop this murderous spree and a government with a will should be able to do just that. It remains to be seen whether PM Nawaz Sharif has the will to take on the Takfiri Deobandi ASWJ-LeJ Sipah Sahaba Taliban. What is, however, clear is that the Prime Minister or any prominent member of his ruling party PML-N have refrained from even naming the organized killer groups that operate with impunity. 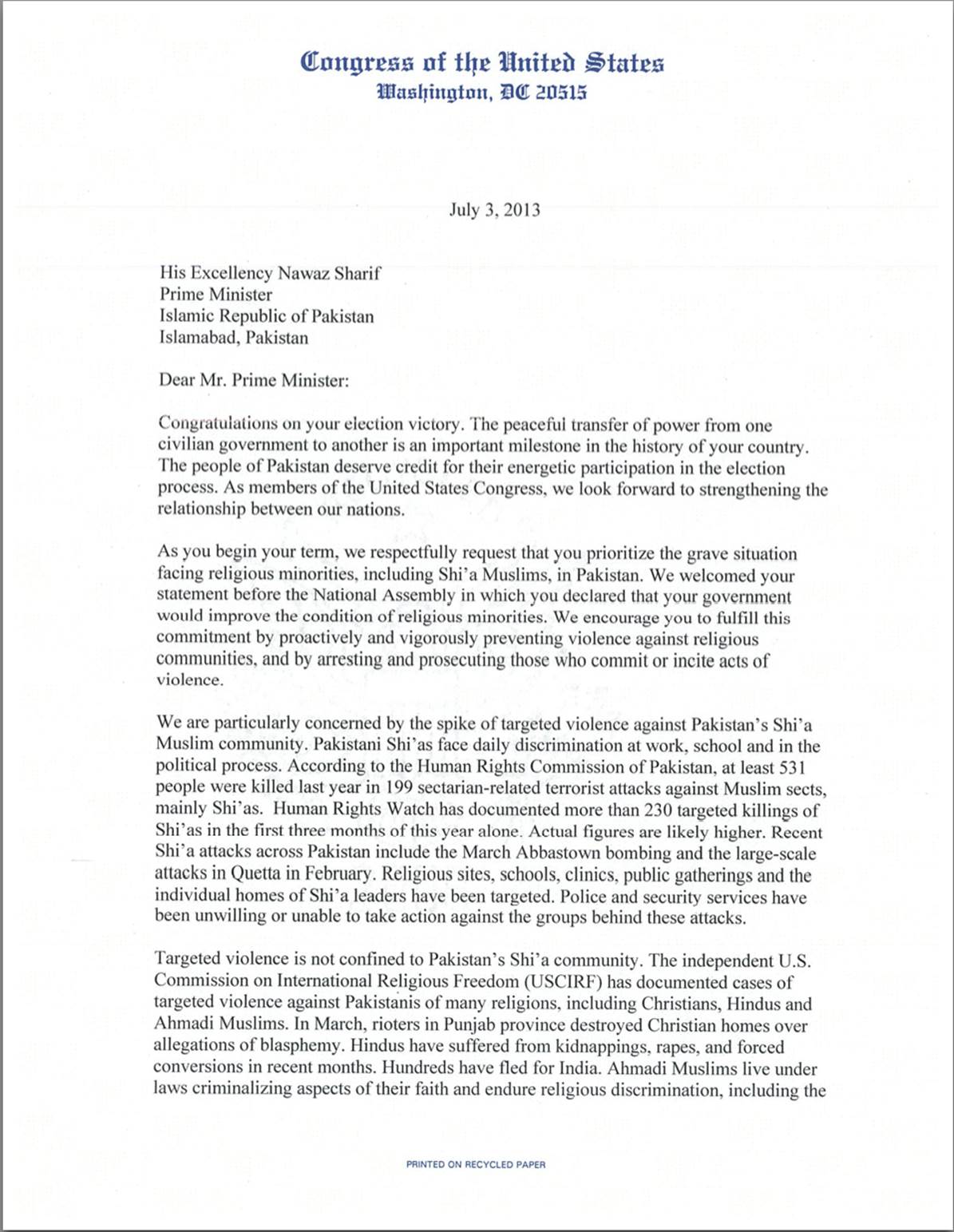 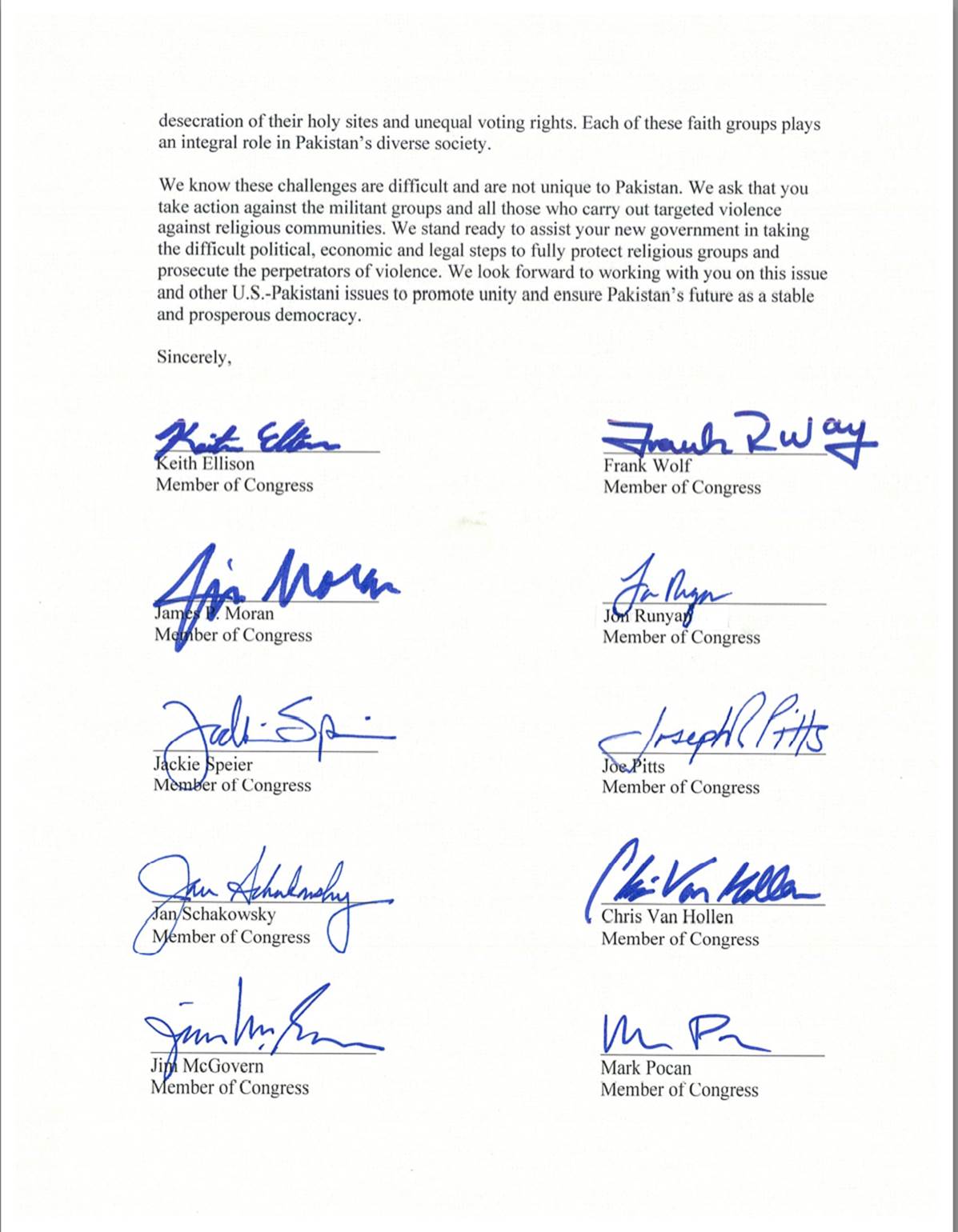