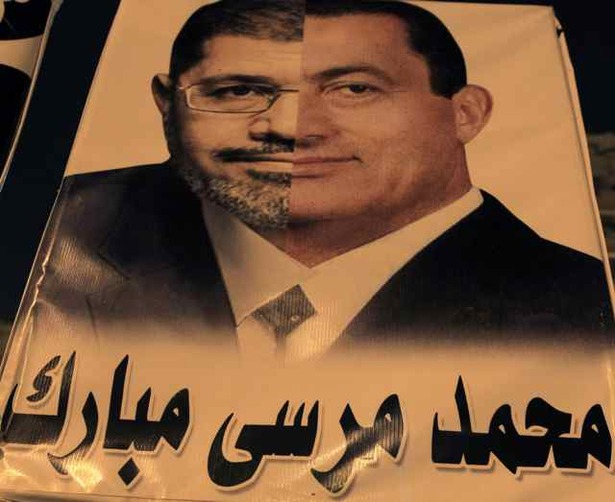 Editors Note: We are posting the Nytimes article and youtube clip which shows disgruntled Muslim Brotherhood crowd turning to violent means. This is a valid point, despite all of the poor decisions by Moorsi the military intervention with a nod from Uncle Sam may have far reaching and devastating consequences:

DOHA, Qatar — WHEN Mohamed Morsi became Egypt’s first democratically elected president last year, it was an especially sweet victory for the Muslim Brotherhood, the region’s oldest and most influential Islamist movement. After a long history of repression, the Brotherhood had finally tasted triumph. But their short-lived rule ended Wednesday when Egypt’s army deposed Mr. Morsi.

The Brotherhood’s fall will have profound implications for the future of political Islam, reverberating across the region in potentially dangerous ways. One of the most important political developments of recent years was the decision of Islamist parties to make peace with democracy and commit to playing by the rules of the political game. Leaders counseled patience to their followers. Their time would come, they were told.

Now supporters of the Brotherhood will ask, with good reason, whether democracy still has anything to offer them. Mr. Morsi’s removal will breathe new life into the ideological claims of radicals. Al Qaeda and its followers have long argued that change can’t come through the democracy of “unbelievers”; violence is the only path. As the Qaeda leader Ayman al-Zawahri once said, “What is truly regrettable is the rallying of thousands of duped Muslim youth in voter queues before ballot boxes instead of lining them up to fight in the cause of Allah.”

Al Qaeda’s intellectual forebears emerged in the 1950s and 1960s, and were shaped by events that bear an eerie similarity to those of this week. In 1954, a popularly backed Egyptian Army moved against the Muslim Brotherhood, arresting thousands and dismantling the organization. Prison had a radicalizing effect on Sayyid Qutb, a leading Brotherhood ideologue, who experienced torture at the hands of his captors before being executed in 1966. Many of Mr. Qutb’s followers later left the Brotherhood’s embrace and went their own way, setting up militant organizations that would begin perpetrating acts of terrorism.

In 1954, no one could have guessed that the brutal crackdown against the Brotherhood would set in motion a chain of events that would have terrible consequences for the region and America.

The events of this week could have similarly profound implications. In the hours after Mr. Morsi’s ouster, the new military leadership suspended the Constitution, shut down at least three Islamist television stations, and, more ominously, issued arrest warrants for at least 300 Brotherhood members. Prominent liberal voices are calling for “dissolving” the Brotherhood and holding what would amount to dubious show trials.

America finds itself in a tight spot. After the coup, President Obama expressed “deep concern,” steering clear of any explicit condemnation. More troubling, he called for the restoration of “a” — not “the” — democratically elected government, an important distinction that won’t be lost on the Brotherhood.

When I spoke to one of Mr. Morsi’s top advisers on the night of June 30, he was already pre-emptively blaming the United States. If a coup takes place, he told me, it means that America either supports it or is willing to look the other way.

This, too, bears the echoes of a not-so-distant past. In 1992, Algeria’s Islamic Salvation Front was on the verge of a historic victory in free elections. But the Algerian Army intervened, annulling the results and rounding up thousands of Islamists, many of whom ended up in desert prison camps. Days before the crackdown began, one of the Salvation Front’s leaders, Abdelkader Hachani, warned a crowd of supporters what might be in store. “Victory is more dangerous than defeat,” he told them.

In hundreds of interviews that I’ve conducted with Muslim Brotherhood leaders and activists in Egypt and Jordan over the past decade, many have brought up Algeria and the so-called American veto — the notion that the United States and other Western powers would simply not allow Islamists to assume power through democratic elections.

The subversion of democracy in 1992 in Algeria wasn’t widely reported in the West, nor was it seen as particularly important. This time, in Egypt, it happened while the whole world was watching.

Along with 1954 and 1992, 2013 will stand as a historic moment in Islamist lore, shaping future generations of Islamist activists and deepening their already powerful narrative of persecution, repression and regret. America is blamed for enough as it is. There is no need to add another grievance to the list.

The Obama administration would be wise to distance itself from the army’s actions and use its leverage, particularly the promise of financial assistance, to pressure the military to respect the rights of Islamists.

To limit the fallout from this week’s events, Egypt’s new government must ensure that the Brotherhood and its Freedom and Justice Party are reincorporated into the political process and free to contest — and win — parliamentary and presidential elections. Otherwise, Islamist parties’ faith in democracy could be irrevocably damaged.