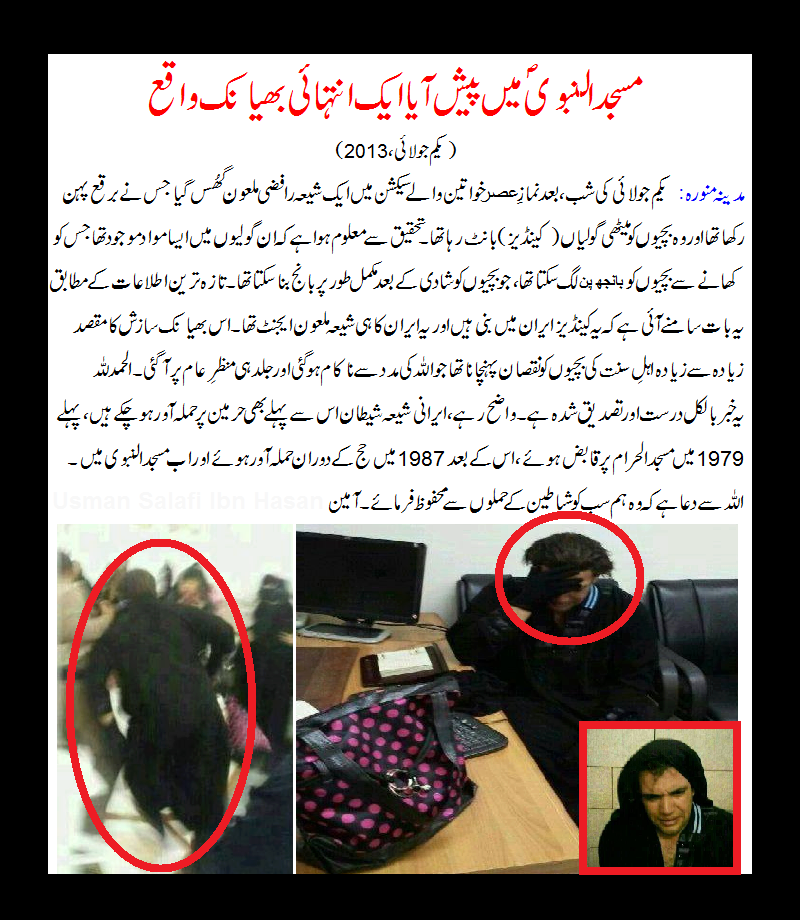 The speed at which this post is gathering ‘likes’ and ‘shares’ shows what kind of stuff now garners wide acclamation in our society. No, this is not an effort to explain some imaginary low fertility rate among Muslims that is creating social and economic challenges for Muslims. Instead, it is just an exercise in hypocrisy aimed at causing misplaced outrage among thousands of people and shows how haters are finding new creative ways to spread their message. The attached link to the Gulf News shows how the social media can be used for perverse rumour mongering that in this instance the Police from Medina felt compelled to issue a rebuttal. This is not a matter that can be laughed away because such propaganda leads to serious consequences in today’s charged atmosphere of the Muslim world and Pakistan. The popularity of internet has made spreading hatred through conspiracy scandals much easier. For years, Salafist hate groups have created written materials of every kind to spread their propaganda, including books, glossy magazines, newspapers, flyers and graffiti. As communication technologies advanced, these groups have kept up, buoyed by oil money. This post shows how they craftily use Internet’s power to rally their supporters, preach to the unconverted Muslims, and intimidate those whom they perceive as their enemies. This creates an “electronic community” of like-minded people who regurgitate their hatred of their perceived enemies like Shias, minorities etc. Before the Internet, many extremists worked in relative isolation, forced to make a great effort to connect with others who shared their ideology. Today, on the Internet, bigots communicate easily and inexpensively. Online, extremists reinforce more easily each other’s hateful convictions.In asking people to shun Shias, the message in question uses the familiar extremist meme that “we have the truth and the enemy can’t be trusted.” The undercurrent in a lot of such messages is that THIS source is the truth that the mass media is hiding information from you. The common thread I see in all of this is creating fear. Fear of a world that does not conform to a narrow vision and must not be trusted. Fear that the country is in crisis, and the only way to fix it is to implement a religious ideology and remove all hurdles in the way. Fear of a progressive Muslim society that will make religious extremism largely irrelevant and will thus take away the power from the Mullah. Fear of changing political realities. Fear that the rest of world is out to get Pakistan and destabilise Muslims. Fear that Muslims are no longer just “getting in line” when bossed around by religious dogma. Fear that ‘orthodox’ Islamic values are not being followed by a majority of Muslims anymore. Fear that people, like Shias, who aren’t like them have a voice and freedom in Pakistan. This is an ideology which inspires fear of change in a population, who cling to the old ways of doing things in order to cope with inevitability.Unfortunately, such propaganda seems to be very effective. As we see, there are millions upon millions of these extremist nut jobs, and more are coming out of the woodwork every day. Their hate messages are everywhere, they pollute Facebook after circulating across email, and the facts have no influence on this crowd. They are creating groups of followers that are conditioned to ignore the facts. More than any other religious cult, extremist Salafists have a canny knack for conditioning their followers to ignore rational ideas that might get them to snap out of emptying their financial accounts or, worse, risking their lives. You don’t have to be a Shia in Quetta to know that thanks to the combination of fear-based propaganda and a constant message against “enemies” their hate narrative is wildly successful.

Above Picture Taken From this Article : 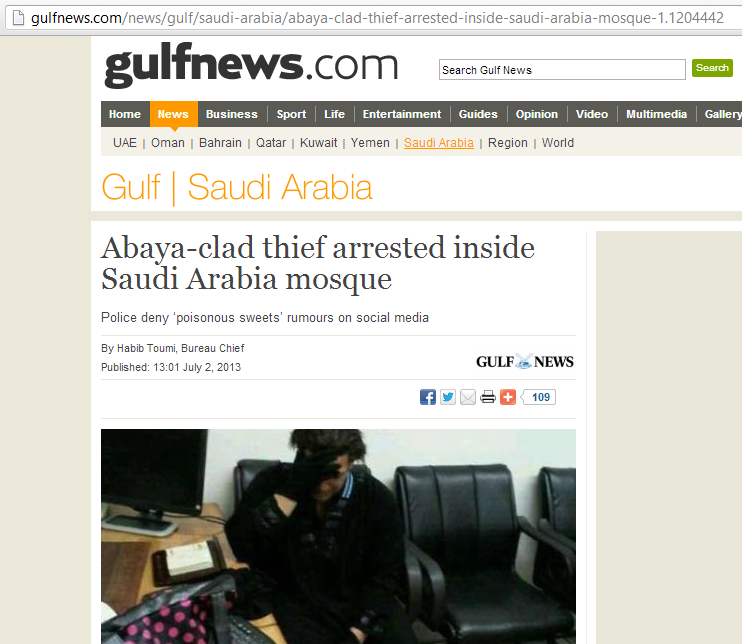 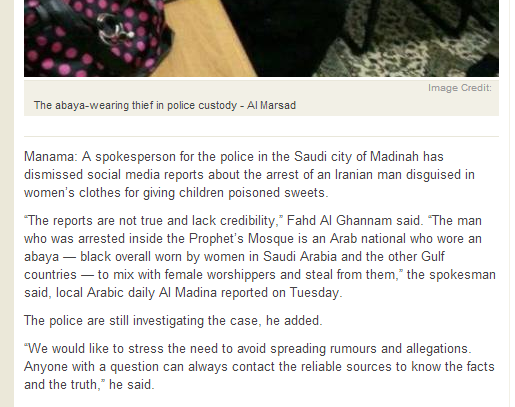 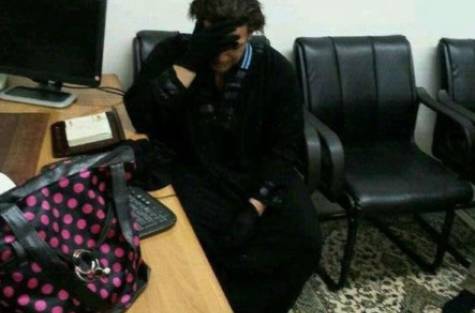