Home  »  Original Articles   »   Do Shia Muslims have to convert to Sunni Muslims to earn the right to life? 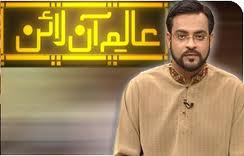 Jang Group’s Geo TV’s Islamo-evangelical anchor Aamir Liaquat Hussain has proposed that Pakistan’s Shia Muslims should participate in the Yom-e-Farooq (celebration of the birthday of second Caliph Hazrat Umar Farooq) in order to escape the ongoing Shia genocide and other forms of anti-Shia violence. He also proposed that Sunni Muslims should particiapte in Yom-e-Hussain to pay homage to the great sacrifice by Hazrat Imam Hussain and other members of Holy Prophet’s family in Karbala.

The above proposal by Aamir Liaquat Hussain shows that he is in urgent need of a bit of liaquat (i.e., competence) and also some integrity.

While we do not condone indecent or abusive remarks against any person including the Rashidun Caliphs, it is a fact that Shia Muslims do not consider the first three Caliphs as legitimate successors of Prophet Muhammad (peace be upon him and his progeny). In fact, instead of the Khilafat (Caliphate), the Shia sect of Islam revolves around the institution of Imamate, i.e., spiritual successors of Holy Prophet from within his descendants and family (i.e., Aal-e-Muhammad). Thus, while Imam Hussain and other members of Holy Prophet’s descendants (Aal-e-Muhammad) are equally revered by all Muslims, the status of the first three Rashidun Caliphs and also Umayyad Caliphs remains controversial in Islamic history.

Here’s a post in Urdu which shows that, in the guise of the debate on Takfir vs Tabarra, apolologits of the banned terrorist outfits Sipah-e-Sahaba Pakistan (SSP aka ASWJ) and Taliban (TTP) are trying to justify Shia genocide in Pakistan. https://lubpak.com/archives/295095

It’s both unfair and cruel to demand and expect Shia Muslims to abandon their specific religious identity and belief in order to earn the right to life in a country created in the name of Islam and minorities’ rights.

1. Neither Shia Muslims nor Sunni Muslims need to forego their specific religious beliefs and practices in order to be accepted as equal Muslims or equal citizens.

2. The Yom-e-Farooq is an innovation (i.e., a biddat in Wahhabi-Deobandi terminology) started only a few years ago by the very people (Takfiri Deobandis of the banned terrorist outfit Sipah-e-Sahaba) who ridicule Shias and Sunni Barelvis as Biddatis (innovators) because of Shia rituals of Ashura and Sunni Barelvi rituals of Milad-un-Nabi. Shia Muslims have been persecuted and killed for 1400 years when there was no such day.

Last but not least, why is the guarantee to life of Shia Muslims dependent on participating in such a day or accepting the legitimacy of the first three caliphs? This is like demanding Shia to give up the raison d’être of their existence. Why is it so tough to accept that Shia Muslims represent a different (than Sunnis) but equally respectable sect of Islam? 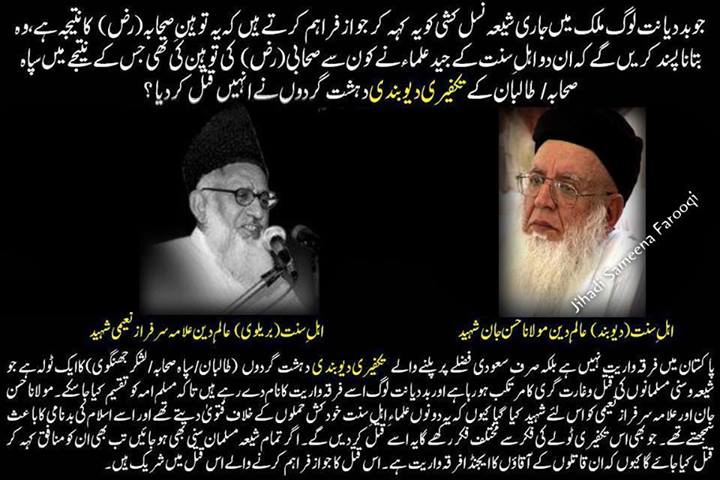 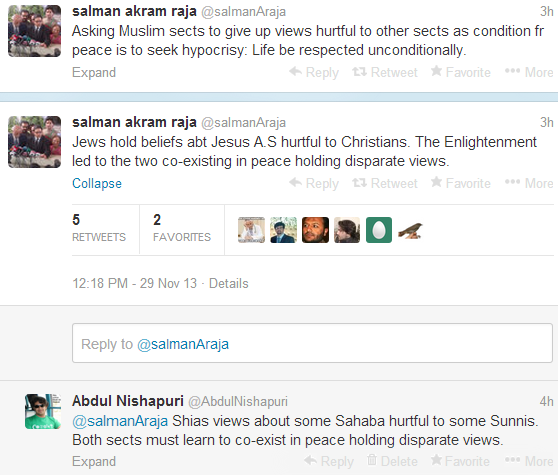