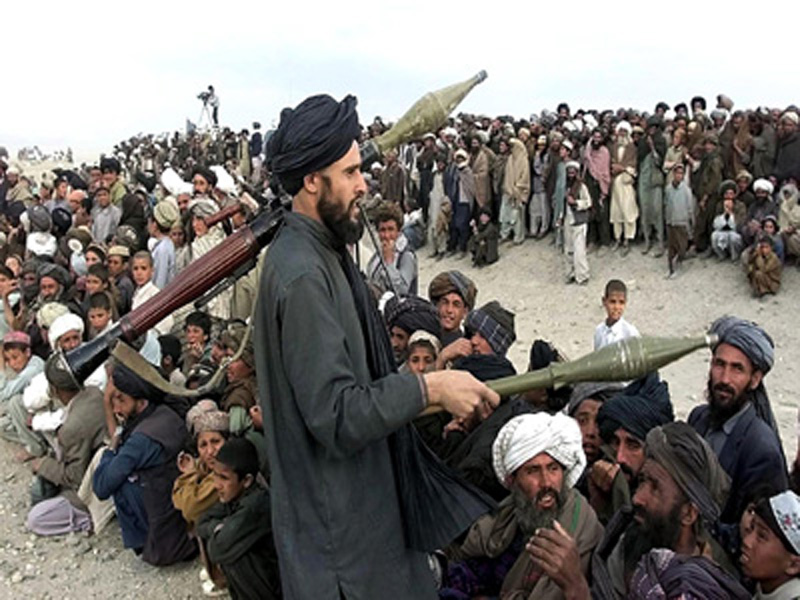 In a major and bold statement today, main stream Sunni muslim scholars issue a religious decree against Takfiris today in Pakistan, calling them Kharjites (out-cast) of modern era. The clarity of words in the decree show the intent is quite clear. Main stream sunni ulema used to condemn takfiris in past and as a result many of them being killed by takfiris in Pakistan.

It is interesting stats that post creation of Pakistan, 1947,  Deobandi (Wahabi/Takfiri) sect was only 4% of Pakistan population where vast majority follow Barelvi (Hanafi) tradition or Sufism. The Wahabbism took root in Pakistan in 1980’s era when US backed ‘jihad’ started in neighboring Afghanistan and Saudis came in to Pakistan to spread Wahabbism to generate human resources to support it. Ever since then Wahabism is part of Pakistan ruling establishment and with government support and Saudi money it is considered to have spread up to 10% of Pakistani population with majority still following Sunni Barelvi.

Remember Kharjites formed in early Islamic history and raises in Imam Ali(a.s.) era sticking to wrong interpretation of Islam and declaring every other person infidel, including Imam Ali (a.s) (naouzbillah). They assassinated Imam Ali (a.s) and were also part of Yazeed (L.A) army in Karbala. Imam Ali (a.s) declared them infidel and did jihad against them.
https://lubpak.com/archives/22227

The consensus Fatwa issued by fifty Ulema of SIC termed the crushing of those resorting to an armed revolt against a Muslim state as mandatory on part of the government.

“The Pakistani Taliban who declare the killings of Muslims as legitimate are actually the outcasts of the present era,” the statement said.

The statement further said that murder is the next big sin after Shirk (having faith in more than one God).

“Attacking mosques, Mazars, hospitals, funerals, educational institutions, markets and security forces is not Jihad but chaos. Those who shed the blood of girl students, foreign mountaineers and innocent human beings are defectors of Islam and rebels of Pakistan,” it declared.

It said extending cooperation to the government for a Jihad against terrorists is a duty of every citizen. “The right place for waging a Jihad against the US is Afghanistan and not Pakistan,” it added.

The Fatwa declared the drone strikes as violation of international laws and atrocity on part of the US.

Here are the holy scriptures that support the Fatwa of the respected Ulema: 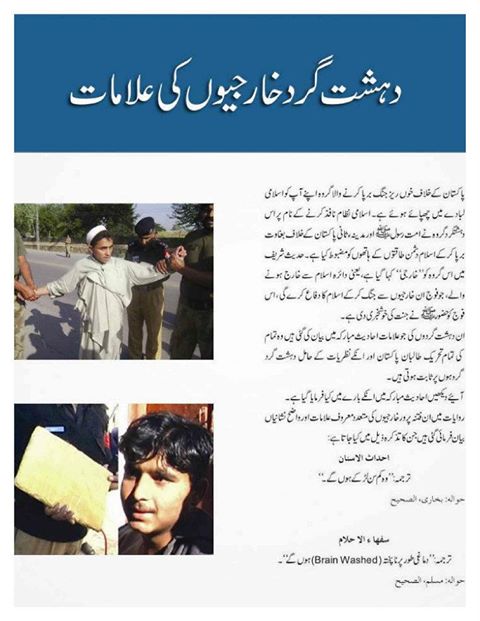 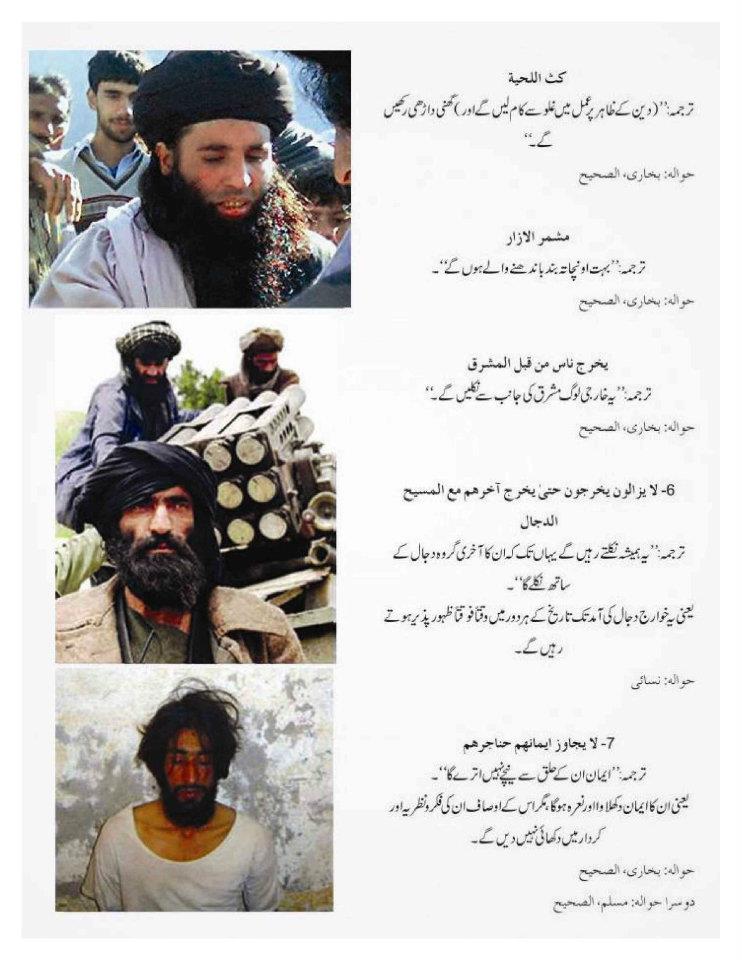 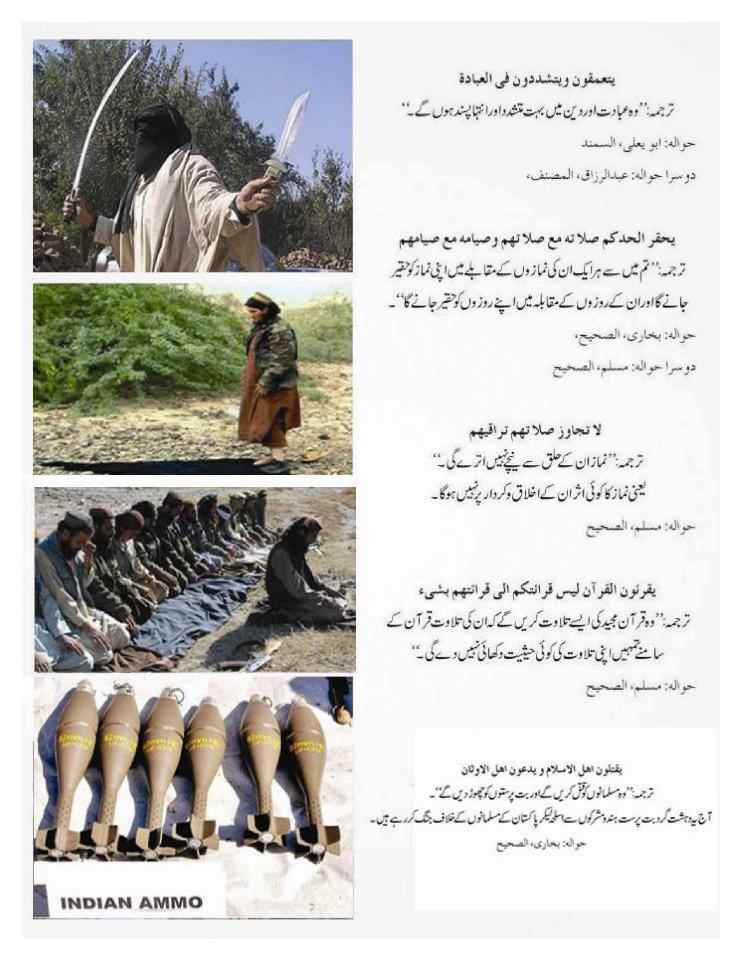 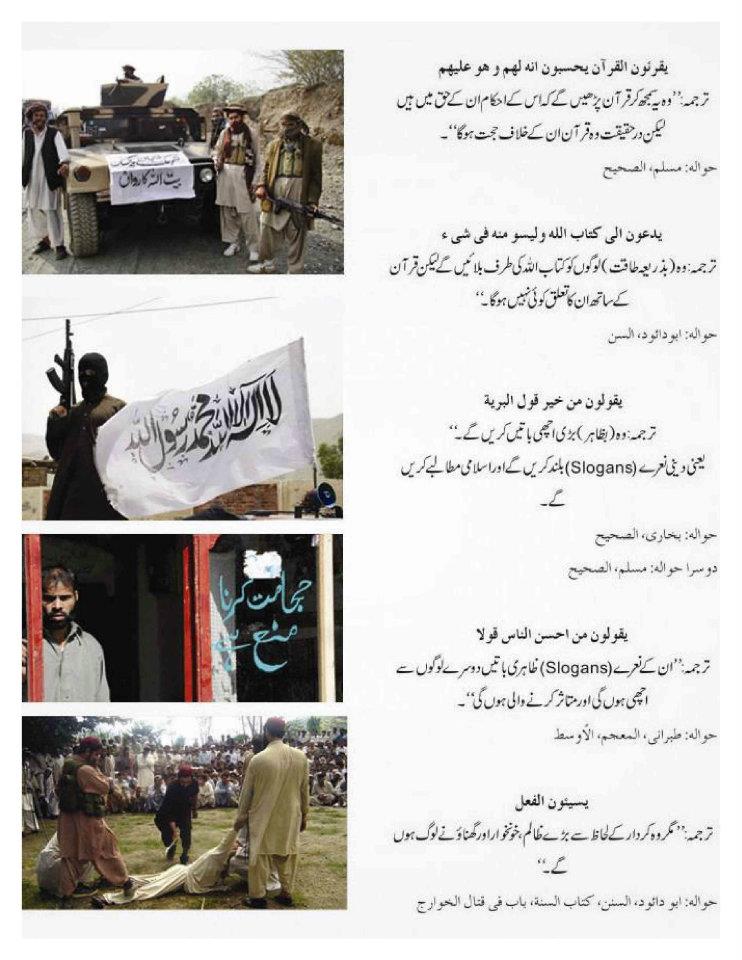 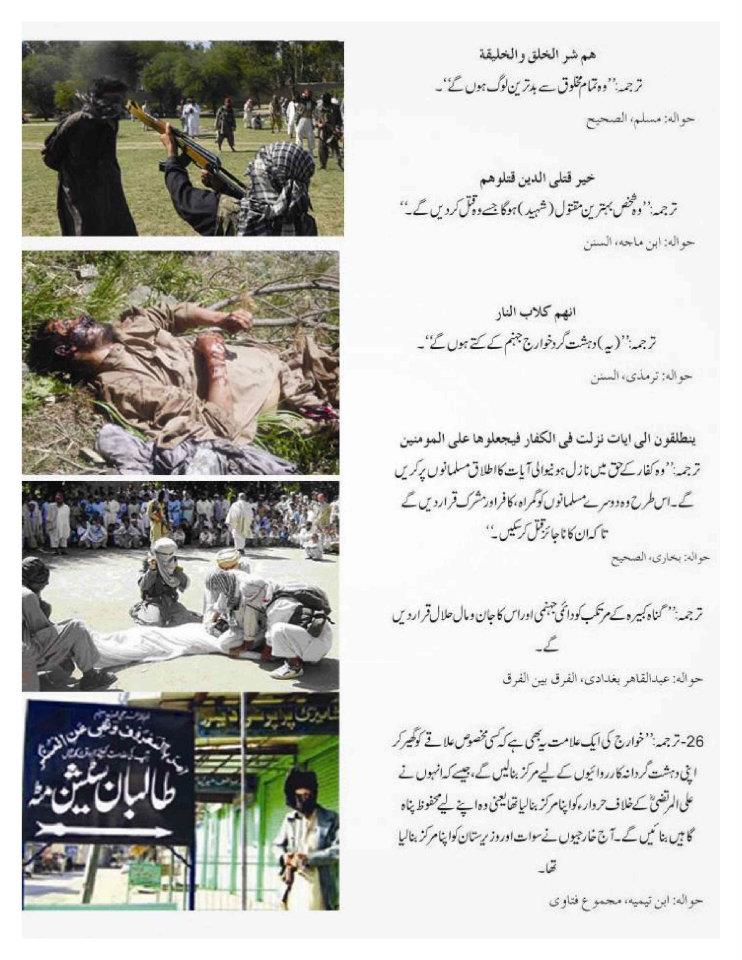 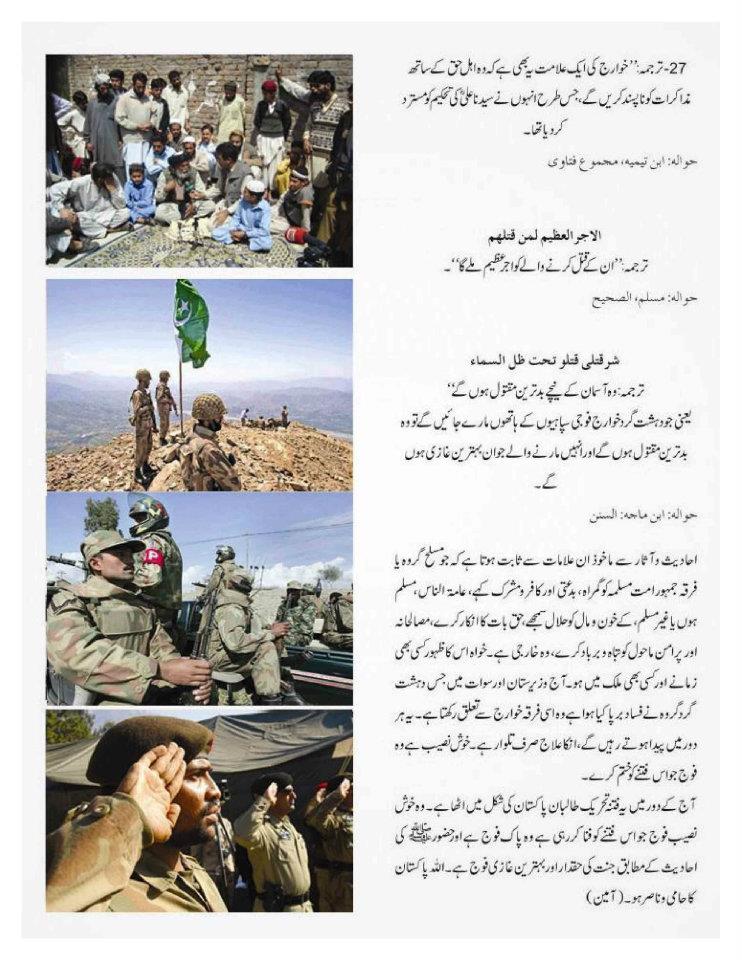 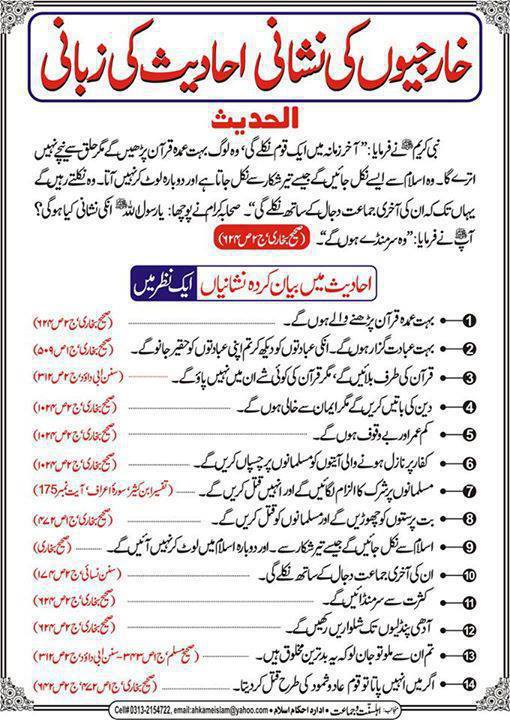 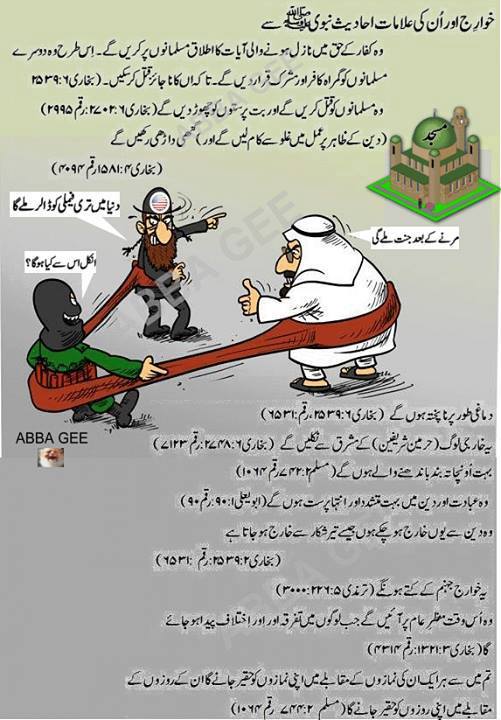