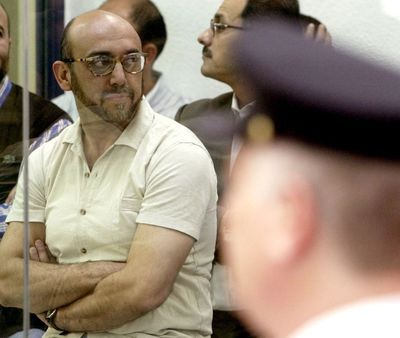 In raids conducted earlier today, Spanish authorities arrested eight suspected members of an al Qaeda network who are allegedly involved in training, funding, and facilitating travel for jihadist fighters to Syria. The network is based in the Spanish territory of Ceuta and in the city of Fnideq in neighboring Morocco.

Authorities have not yet disclosed the names or nationalities of those arrested, who are all Spanish citizens, the BBC reported. The network has apparently funneled “dozens” of fighters to Syria, where some have taken part in suicide attacks and others have joined training camps. The network recruited fighters from various parts of Spain as well as Morocco and Ceuta, which has a population of 80,000, half of whom are Muslim.

Other jihadist groups are still preparing to travel to Syria, according to Spain’s Foreign Ministry, which added that the investigation is still underway. Although separate investigations of al Qaeda networks were begun in 2009 and 2011 by the National Guard and the Civil Police, the two agencies began collaborating this year. A press conference on the arrests is planned for tomorrow.

Spain is among a number of European countries from which an estimated 700 fighters have traveled to join the rebels in the Syrian conflict. According to the Spanish news agency Efe, three Spanish jihadists were killed last year in separate battles in Syria, the BBC noted.

Al Qaeda has been active in Spain for at least two decades. In the 1990s, al Qaeda’s cell in Spain was headed by a Syrian named Imad Eddin Barakat Yarkas, a.k.a. Abu Dahdah, who was later found to have had foreknowledge of the Sept. 11, 2001 attacks on the United States, although the full extent of his involvement was never determined. Another member of his cell, Ghasoub al Abrash Ghalyoun, had traveled to the US in 1997 and made a video of various landmarks, including the World Trade Center, which was thought to have been forwarded to al Qaeda’s leadership in Afghanistan.

Yarkas was arrested in late 2001 and sentenced to 27 years in prison for conspiracy in the 9/11 attacks, but his sentence was later reduced to 12 years for lack of proof on the conspiracy charge, and he was freed on May 23.

The US has been seeking to monitor Yarkas for some time, given that his early release had been predicted since at least 2010. Yarkas has not been added to the US or UN lists of global terrorists, but a 2003 UN designation of Indonesian al Qaeda-linked terrorist Parlindungan Siregar notes that Yarkas was instrumental in establishing al Qaeda training camps in Indonesia for European recruits.

In April, Spanish police arrested Nou Mediouni, an Algerian, in the northern city of Zaragoza, and Hassan El Jaaouani, a Moroccan, in the southeastern region of Murcia, on suspicion of membership in al Qaeda in the Islamic Maghreb. The two were said to have become radicalized via Internet jihadist sites, AFP reported.

Last August, Spanish authorities arrested three suspected al Qaeda terrorists who were allegedly planning an airborne attack on a shopping mall near Gibraltar as well as an attack against the joint US-Spanish naval base at Rota. [See LWJ report, Spain arrests 3 al Qaeda suspects.] Announcing the arrests, Interior Minister Jorge Fernández Díaz called it “one of the biggest investigations carried out until now against the al Qaeda terrorist group at an international level.” The suspects, Chechen-Russians Eldar Magomedov and Mohamed Ankari Adamov, and Turkish national Cengiz Yalcin, a paragliding enthusiast, were released by Spain’s Supreme Court on April 2 for lack of evidence even though the men were still suspected of belonging to a terrorist organization, The Olive Press reported.

In March 2012, Spanish authorities in Valencia arrested Mudhar Hussein Almaki, a Jordanian-born Saudi member of al Qaeda who served as a chief propagandist and was known as “The Librarian.” An overseer of the Ansar Al-Mujahedeen network, he had called for the murder of former Spanish Prime Minister José María Aznar and former NATO Secretary General Javier Solana for “crimes perpetrated against Muslims.” Al Qaeda’s Internet presence briefly “went dark” after his arrest, and speculation linked the arrest to the phenomenon.

And in February 2012, authorities in Valencia arrested Mohamed Echaabi, a 22-year-old Moroccan, for allegedly plotting terrorist attacks in Spain and elsewhere in Europe.

Al Qaeda has also been linked to Spain’s worst terrorist attack, the Madrid train bombings of March 2004, which killed 191 people killed and wounded many more. The cell phones used to detonate the bombs were provided by Jamal Zougam, another member of Yarkas’ al Qaeda cell, and Zougam’s accomplices included members of a known al Qaeda affiliate, the Moroccan Islamic Combatant Group.