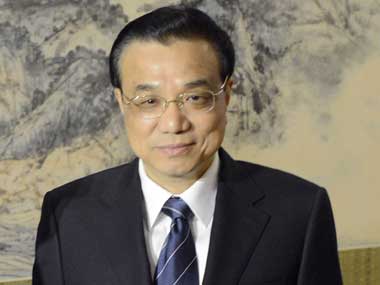 It was stronger than the strongest Baijiu and headier than the finest Peshawar weed, whatever it was that they’d had that fine day in December, 2010, when Pakistan’s legislators gathered to celebrate their friendship with China. “Taller than mountains”, sang out former Pakistan prime minister Yusuf Raza Gilani, “deeper than oceans, stronger than steel and sweeter than honey”. Former Chinese Premier Wen Jiabao demonstrated a similar talent for mush, calling the friendship a “lush tree with deep roots and thick foliage, full of vigour and vitality”.

Today, as Chinese premier Li Keqiang lands in Islamabad on a high-powered diplomatic mission—rendered somewhat farcical by the fact there isn’t a prime minister to meet—the world is bracing itself for another deluge of awful metaphors.

UPDATE: (The Dawn reports metaphorical progress in China-Pakistan ties, with Li Keqiang as saying “the tree of China-Pakistan friendship is now exuberant with abundant fruits)

For Pakistan, though, the stakes are very real. Following 2014, the United States will draw-down in Afghanistan—and the aid that’s propped up Pakistan’s flailing economy could slowly dry up. For all the sweet talk, China hasn’t proved willing to play sugar daddy. The Heritage Foundation’s China investment monitor shows the country’s sunk just $3.2 billion into Pakistan since 2005—a fraction of the $50 billion plus put into into key economies like the United States and Australia, the $7.9 billion sunk into such strategic giants as Ecuador, the $7.5 billion put into wary India or the $3.8 billion sunk into tiny Sri Lanka. Trade is also small—valued at just $10 billion in 2010.

“The Philippines are similar to Pakistan in GDP and not as close politically with China”, Lisa Curtis and Derick Scissors have noted, “yet China’s bilateral trade with the Philippines in 2010 was still three times larger than its trade with Pakistan, and grew faster”.

That’s no wonder, given Pakistan’s overall economic climate. In September, 2011, Chinese firm Kingho abandoned an $19bn plan to develop a coal mine, along with power and chemicals plants, in Sindh. Earlier this month, a Chinese expert was held on blasphemy charges, after a flung a recalcitrant worker’s belongings—a Quran included—into a nearby river. “To be sure”, the expert Evan Feigenbaum wrote, “Chinese money pours into places Western cash fears to tread. But Beijing is not oblivious to risk. In fact, Chinese money flows disproportionately to investments that carry little to no risk and deliver returns that, however modest, are predictable”.

Indeed, for a self-proclaimed brother, China has sometimes seemed oddly unconcerned about Pakistan. In 2010, as Pakistan battled with the worst floods in living memory, Bloombergreported that China had promised $1.5 million for relief—less even to the $4.4 million it gave to earthquake-ravaged Haiti and in stark contrast to the $55 million the United States committed.

Late in 2008, according to a 2010 Brookings Institution report, Pakistan sought China’s help to persuade the International Monetary Fund to ease up on the harsh terms of repayment for an $7.5 billion loan. Beijing, though, on offered $500 million in aid, “a clear message to Pakistan that it is no longer willing to be Islamabad’s lender of last resort”.

China has, however emerged as Pakistan’s largest arms supplier in recent years. Figures on the real value of this relationship are hard to come by. However, sales on Pakistan are estimated to account for about 55 percent of China’s $11 billion in exports in 2007-2011. Pakistan will licence-produce 150 JF.17 fighters—the cutting-edge of the air force in coming years—the first 42 of which were paid for in an estimated $800 million deal. Pakistan’s also paid an estimated $750 million to build four F-22 frigates for its navy; the backbone of its armoured corps is the Chinese-designed T.90-2. Though China has proved willing to provide gentle financing, nothing has come for free.

This is in stark contrast to the United States, which has pumped in over $14 billion in security-related assistance—out of a total of $21 billion in aid—since 9/11. The bulk of this security assistance is paid out as coalition support funds, or CSF, in essence royalties for the use of Pakistan as a logistical hub to supply United States troops in Afghanistan. In practice, though, CSF payments are fungible. There’s plenty of evidence the Pakistan army has diverted them to fund its conventional weapons acquisitions.

Click here for direct overt US aid and military reimbursements to Pakistan, FY(2002-11)

For example, Pakistan paid $185mn for 3,198 BGM-71TOW anti-tank missiles, weapons useless against suicide bombers but lethal to Indian tanks. There were RGM-84L anti-ship missiles worth $63 million, again of no use in counter-insurgency. The $87 million Pakistan paid for 115 M-109A5 155-milimetre howitzers included $57 million in aid—weapons which will be deployed against India in the event artillery exchanges break out on the Line of Control. It received 14 F.16A aircraft for free in 2005-2008, and a Perry class frigate, sweetened with $65 million aid for modernisation.

It remains unclear, reams of newsprint to the contrary, that China is interested in making strategic military investments in Pakistan. In 2012, the China Overseas Port Holding Company was given charge of handling operations at Gwadar, after Singapore-based giant PSA International pulled out. China underwrote the port’s $248 million first phase, and has committed another $932 million—betting a gas pipeline can be built from Gwadar to Xinjiang, transiting violence-scarred Baluchistan. In the best-case scenario, industries in Xinjiang would make products that would transit back through Pakistan to the Persian Gulf.

India worries that China’s real intention in Gwadar is to use it as a naval base in the Indian ocean—giving Pakistan, in effect, a navy-by-proxy. In 2009, Booze Allen speculated that China was seeking to build a chain of naval bases, evocatively described as a “string of pearls”, across littoral South Asia. Experts like Ashley Townshend, though, argue such bases would be nightmare a logistical nightmare for China’s navy and, more important, impossible to defend in war.

The one thing China is doing is helping Pakistan grow its nuclear programme. It helped Pakistan built two civilian nuclear reactors at Chashma, and has brushed aside Nuclear Suppliers Group objections against building two more 300-megawatt reactors, as well as a 1000-megawatt giant. China’s nuclear cooperation with Pakistan has caused global concern—but is paid for in cash.

The truth is China has rarely seen profit in Pakistan’s regional trouble-making. In 1965, Beijing responded to Islamabad’s calls for help by urging it to withdraw from Indian territory. In 1999, it backed the United States’ diplomatic push-back against Pakistan. The 2001-2001 crisis, again, saw China counselling restraint.

It suits China to prop up Pakistan as a counterweight to emerging rival India, and complicate the life of arch-rival USA. It, at once, no interest in carrying the game too far—or, more important, spending hard-earned cash gambling on its outcome.

Ever since 2011, moreover, China has become increasingly concerned over Uighur jihadists operating from Pakistan’s north-west—some of whom have been involved in terrorist attacks on Pakistan. In recent months, Chinese officials have been candid in voicing fears that Pakistan is headed for a meltdown—and that this, along with the chaos that could follow the United States’ withdrawal from Afghanistan, could create problems for the entire region. It’s more than likely, therefore, than when Li is finished with the sweeter-than-saccharine speeches, he’ll have some blunt words for Pakistan’s leaders.

In their excellent textbook on the art of rhetoric, Paul Moliken and Brendan Grudzina warn students that hyperbole is often used to “avoid using actual figures or to fill space”. Pakistan, drowning in a crisis of its own creation, has thrown a lifeline out to China — but the dragon just doesn’t care enough to clamp its teeth around the rope.