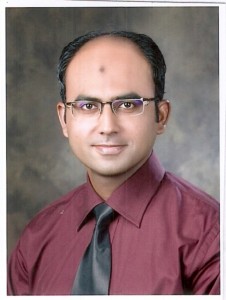 The attitude adopted by PTI’s workers over losing the elections in Karachi and Punjab is childish to say the least. Although the indiscipline, rowdism and lack of respect of PTI’s supporters towards their opponents is nothing new, they seem to be in a quest to reach new lows to falsely establish their popularity and to falsely implicate the opponents in rigging.  From manhandling the journalists to preparation of fake articles on behalf of famous journalists, PTI seems to be competing with itself for setting new lows of indecency and immorality in politics.

As the election results started pouring in the evening of 11th May, 2013, PTI supporters started protests all over the country, claiming rigging by rivals. Journalists covering the protests in several cities were manhandled.

In order to malign their opponents, PTI’s youth are running a malicious campaign over social media where they are using edited pictures and videos to level rigging charges.  They seem to be so obsessed that false calculations regarding the average time taken for casting a vote in a constituency are being spread, without taking into count the number of polling stations and polling booths.

The story does not end here, Tsunami kids crossed all limits when an article, supposedly written by a famous anchorperson was circulated over internet in which it was claimed that PML(N) paid Rs. 850 million to election commission officials in Punjab to turn the result of a constituency in its favor. The poor anchorperson denies writing any such piece ever. This is not the first time that over-enthusiastic PTI supporters have cheated with the masses using famous journalists’ name. Just a few days before elections, another famous journalist had to disown several fake ids on social media which were being used to propagate PTI agenda.

The NA-250 controversy has been blown so much out of proportion by Tsunami kids that it is increasingly becoming a war of classes, social media is flooded with pictures of MQM sit-in in front of ECP captioned with comments about the class of protestors.

Imran Khan is a sportsman, he knows how to handle defeat but unfortunately he failed to teach this art to his followers. Imran raised their hopes to a level where they are not willing to accept anything but victory. PTI lost in Punjab, all over Sindh and Balochistan also but the way it is protesting against losing Karachi seats only, appears to be a part of a bigger conspiracy. The conspiracy is becoming clearer now as PTI has embraced Jamat-e-Islami in KPK. Who can forget Jamat-e-Islami’s role in the fall of East Pakistan when its Al-Badar terrorist wing was unleashed on Awami League? PTI is playing the role which Jamat-e-Islami and other parties played in 1971, that is, not accepting the mandate of the majority party of Karachi.

Altaf Hussain never demanded separation from Pakistan in his speech, no one in Karachi wants separation from Pakistan, but the way PTI took it out of context and launched a campaign over social media to register complaints against Altaf Hussain with London Metropolitan Police, shows that PTI cannot bring change in Karachi, it is as big an enemy of Karachi and its liberal mandate as Talibans, Jamati-e-Islami and other such parties are. Taliban succeeded in dislodging one of their enemies, the ANP, now they will have their own proxy government in the shape of PTI and JI in KPK, but having failed to deter Karachites to vote for MQM with repeated terror strikes, Taliban have launched an indirect offensive on MQM through PTI, Jamat-e-Islami and banned organization like SSP, as these are the ones who have been holding sit-ins in Karachi against MQM’s mandate.

The double standards of PTI and some anchor persons also can be gauged from the fact that Akbar Bugti, the man who fought with Pakistan Army, attacked key national installations and openly demanded separation from Pakistan, is innocent in the eyes PTI and anchor persons. But Altaf Hussain who never demanded separation from Pakistan, stood with Army in war against terror and had the courage to openly challenge Taliban, is a traitor.

Imran Khan should not let the situation worsen, it is his responsibility to rein in his workers, who are getting dirtier with their comments and personal attacks against MQM and its leadership. Altaf Hussain rightly pointed that being a true leader he has been advising his workers to show restraint, but like Imran Khan he too has millions of fans, the continuation of dirty campaign by PTI and the recent outburst of Imran Khan against Altaf Hussain in connection of a female PTI leader can turn the situation extremely chaotic any moment.

I hope Imran Khan will learn something from Altaf Hussain and discipline his workers. Installing discipline within party ranks will only benefit PTI, helping it to emerge as a stronger force in next elections.

Writer’s twitter handle is @arsalanriyasat and email id is arsalan.riasat@gmail.com