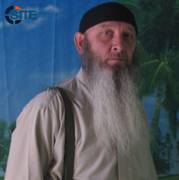 The Islamic Movement of Uzbekistan claimed credit for yesterday’s suicide attack in Quetta that targeted the chief of police in the southern Pakistani city.

The Islamic Movement of Uzbekistan took credit for the attack, in a statement that was released on a jihadist forum earlier today by Yahya Hikmatiy, the group’s “formal spokesman.” Hikmatiy confirmed that the target of the attack was Inspector General Mushtaq Ahmed Sukhera. The statement was obtained and translated by the SITE Intelligence Group.

Eight Pakistanis were killed and nearly 100 more were wounded in yesterday’s attack, which occurred in a high-security area in Quetta, the provincial capital of the southwestern province Baluchistan. The IMU suicide bomber targeted Sukhera’s convoy as he was entering his quarters. The blast was so massive that power in the city was knocked out, and many nearby buildings were badly damaged. The IMU claimed that “2 tons” of explosives were used in the bomb.

The suicide attack in Quetta was “carried out as the answer to the helicopter attack of Pakistan Army against IMU’s madrasa for young children, named after Abdullah ibn Zubair, 25 days ago,” the IMU spokesman claimed. One IMU student, a 12-year-old boy, was killed and 10 people were wounded.

Hikmatiy said the attack was carried out by “Ali,” who was described as “a member of IMU” and a “52 year-old mujahid brother.” Hikmatiy added that Ali’s daughter also carried out a suicide attack last year.

“In addition, we would like to remind you the istishhadiyyah [martyrdom-seeking] operation of shahida Ummu Usman, daughter of shahid brother Ali, against the murtad (apostate) Pakistan Government last year,” Hikmatiy said.

Although Hikmatiy did not identify the suicide attack that Ali’s daughter executed, there was only one such bombing reported to have been carried out by a female last year. The attack took place in Mohmand in November 2012, and targeted Qazi Hussain Ahmed, the former emir of the Jamaat-e-Islami. Ahmed is known to support the Taliban. No group claimed credit for the Mohmand suicide attack.

The al Qaeda-linked Islamic Movement of Uzbekistan is based in Pakistan’s tribal areas, and has a strong presence in North Waziristan. In Afghanistan, the IMU has integrated its operations with the Taliban in the northern provinces, and is also known to operate in eastern Afghanistan.