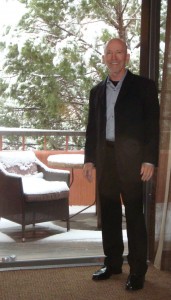 Justifications for voting for the cult of personality, Imran Khan of pro-Taliban Islamist party PTI, seem to center on voting against the secular-liberal PPP that allegedly failed in areas of education, minority oppression and could not stop the Shia Genocide, or stand up to the Pakistan military or judicial activism, not any clear platform of solutions Imran Khan, or other pro-Taliban parties offer.

The truth is that no party exists in Pakistan that can succeed in areas of education, minority oppression and stop the Shia Genocide, without the will of the people- I don’t see the Pakistani masses swelling and calling for such a mandate from the people. One does hear the complaints, but no audible solutions are offered in the government, from the military, or the campaign promises over the sounds of gunfire from mafia in Karachi, hails of Jihadist-sectarian bullets from AK-47s in Quetta and Peshawar. Further thought is required to realize that the obstacles are going to remain, if the will of the people is inaction, or knowingly or unwittingly voting for Islamization.

The Sharif brothers of PML-N joined the enemy, has anyone noticed? The PML-N aligned with Punjabi mafia, Sipha-e-Sahaba Pakistan (SSP) aka Ahle Sunnat wal Jamaat (ASWJ), whether in desperation, fear  or ideology, it matters not, it is a death toll for freedom in Pakistan if PML-N is elected. PML-N had its chance for “change” in times past. In the place of the last administration, or PML-N in the future it would not have succeeded any more than the PPP. Shahbaz Sharif, and the older, Nawaz Sharif will be at odds with the military, and this portends a dangerous repeat of years past.

It might inform your own vote to read a paragraph on the U.S. election which hinged on a cult of personality. Barak Obama was a junior senator with little political experience and loads of personality. We in the U.S. were faced with a vote “against” something, i.e., President Bush, and ended up voting for “change.” Change isn’t always the change you expect and more often is a disappointment. One change I appreciated was the first African American as president. Though a registered Republican, my politics do not follow either platform completely, and I hold moderate to Libertarian views; my enthusiasm remained for this Democrat, only because I always try to support the elected president until he proves unworthy. He deserved a chance, until I saw his version of change in our country meant Obama spent more government funds in his first term that Bush did in two terms. The national debt has increased, and not been addressed sufficiently, “Obamacare” has not saved a dime from American’s insurance woes and unemployment remains well below stated promises for change; now, the Obama/Clinton spin team first insisting video tapes caused Benghazi, in spite of CIA reports of al Qaeda- with readily available air support told to “stand down,” at the peril of the Embassy. The Democratic President Harry Truman famously set the bar for presidents when he said, “the Buck stops here;” but with Obama the buck stops over there somewhere with the silence, or help, of the American press. The leader of the free world cannot even close Gitmo, or get a budget through congress. That Obama was re-elected proved to be another vote against an opponent, i.e., the less popular Mitt Romney. Voting in the U.S. appears to have become a popularity contest.

One should vote for a leader with clear vision, not against the past record of a party, or, in the case of Pakistan, against a candidate simply because he is the son of a past-president. In Pakistan, unless the same person runs again-Zardari is not the one running- it is, of course, his son, Bilawal Bhutto Zardari – a young man with leadership qualities and stated policies. I find the vitriol against him and the Bhuttos as emotive passion, not logic; the same illogical feelings over reason, that seems to drive votes toward Imran Khan, a man without a clear plan, but with plenty of charisma. Charisma fades faster than it did in Hitler and Mao’s time. There is no place for form over function in today’s Realpolitik.

PML-N, Imran Khan’s  PTI, and JUI-F of  Maulana Fazlur-Rehman Deobandi are all Islamist right-wing opposition parties. That is, they are and will continue to be pro-Taliban and pro-Al Qaeda Deobandi-Wahhabi Jihadists. Pakistan Peoples Party, Awami National Party and Muhajir Qaumi Movement are secular parties, that at least allow for liberty and the promise of freedoms and protections to minorities, difficult as that has proven to be under the PPP. A vote of freedom and liberty, is of necessity a vote for the PPP; it will be under a NEW Bhutto, and is not a vote for Zardari, it is a vote for Bilawal. Whether Pakistan Peoples Party, Awami National Party and Muhajir Qaumi Movement can settle differences between them is one matter, but salient among them is – they are secular and non-radical governments that will ensure no further Islamization of Pakistan. If a coalition among them in order to form a government is necessary, then compromises will not lead to further radicalization in Pakistan. Electing PML-N, PTI, or  JUI-F ensures deterioration of Women’s Rights, escalation of Shia Genocide, and further self-righteous assassinations over baseless accusations over Blasphemy Laws. It changes nothing about the pro-Jihadist Supreme Court, or its activist Chief Justice.

The recent terrorist attacks in Peshawar, Khuzdar, Karachi, Kohat by Takfiri Deobandi, Lashkar-e-Jhangvvi /ASWJ Deobandi (SSP) at election rallies were perpetrated on secular parties ANP, MQM, PPP – how many attacks were there on PML-N, PTI or JUI-F? There were none of which I am aware. Does this not suggest something to the voter?

The Imran Khan vote seems to center on “change” as I have inferred above. To vote for “change” is simply a vote out of frustration, and for anything, but at least not the policies of the past. Nothing positive ever was assured by change for the sake of change. It is a vote for hope. As we say in the U.S.,” change is not a strategy.” Hope is not a plan. Change is simply something different. Voting for Imran Khan as a last resort is not a vote of confidence in a leader.

Foreign policy is not an area that Imran Khan has experience or consistency of policy.  His tendency towards suggesting adventurism in foreign policy could devastate Pakistan’s already tenuous relationship with the U.S., India, and Afghanistan. His denial of the killing of terrorists by drones is unrealistic, and is only designed to align with religious radical voting-base; Interesting, that the Imran Khan despite overtures to Jihadists has had death threats from the very same Taliban. In speeches past, he has flattered the Pakistan military and their policies, which sustains the “Strategic Depth” yoke around Pakistan’s neck, and perception of a potential rogue state; yet, he suggests a working relationship with India. The two do not match. Imran Khan’s speeches strike the chord of disingenuous politicking; he at least cannot deny he is an Islamic fundamentalist; at least we know that Bilawal Bhutto is a progressive liberal.

Imran Khan has presented no comprehensive domestic plan other than rhetoric. Imran Khan, as I have stated before, is a personality. He is a charmer with no real platform. NAML University and Shaukat Khanum Hospital are accomplishments that are admirable of Imran Khan and his business partners; I hope he is recovering there; nonetheless, it is not a sufficient record to run on. His policies are flawed: his statement of decreasing the tax net is not sustainable, as mafia and brute force continue to rule the cities in which these operatives will not pay taxes, with no penalty- no different from the past. He speaks of government subsidizing of goods, which creates no wealth or innovation. It is as if a Band-Aid can contain an artery cut on the wrists of Pakistan’s fiscal, declining arm. The problem with his brand of socialism is that pretty soon you run out of other people’s money. What is needed are laws in place with penalties that guarantee tax collection from those huge portions of the wealthy Pakistanis that continue to evade tax; in fact, the majority in Pakistan do not pay taxes, which suggests a radical need for tax reform for basic human services for the underprivileged and adequate law enforcement. The energy crisis, brown-outs and black-outs, water rights, the rights of Baluchistan to at least share in their own natural resources have not been addressed- Why?…because Imran Khan is enjoined with the wealthy Pakistan Army, elite landowners, and businessmen currently not burdened with paying taxes. Imran Khan’s acknowledgement of Shia Genocide, while laudable, is not the same as presenting solutions for Shia genocide; and so it goes. His undeniable glamour may appeal to the masses more than substance, but in government, substance trumps glamour.

It almost seems that the narrative of Pakistan society’s pre-vote strategies are one of NOT voting for campaign promises from some leader of vision, but rather of NOT voting for a Bhutto. Bilawal Bhutto Zardari has expressed eloquently his plan for the dispossessed, need for schools, particularly in Sindh, and the need for education in FATA, Khyber Pakhtunkhwa, and the fight against Jihadists: “We have to change the nation’s destiny and root out terrorism and intolerance from society.” Bilawal Bhutto Zardari is not his grandfather, nor his mother, nor his father, and the jingoistic, non-existent “Bhutto dynasty” narrative is tiresome, if not conspiracy theory bunk. A vote for the PPP and any coalition it may be forced to enter is certainly not a vote for the past and is not necessarily a vote that prohibits positive change. Finally, Bilawal Bhutto’s security concerns that have been the object of ridicule illustrates the ignorance of the opposition. How many people die that oppose the PML-N and friends, Sipha-e-Sahaba Pakistan (SSP) /Ahle Sunnat wal Jamaat (ASWJ)? PML-N, PTI or JUI-F are not the parties being attacked. This is telling. Take note Pakistan voters, or, you will lose what freedoms you have; it won’t just be YouTube that is banned, it may be your own right to free speech.