Spring usually is a long awaited and pleasant affair. After the brisk autumn and a long winter which dampens the moods, spring promises to bring blossoms, not only to the gardens but for the faces as well.

That is why, when a wave of ‘change’ seemed to sweep over deserts of Arabian lands, it was almost like poetry when it was termed ‘Arab Spring’. Lead by Tunisia and Egypt, the ‘Spring’ fever caught up with many youth of Middle East and soon calls to topple tyrants and dictators were started to be heard from Libya to Yemen. Egypt was the first to produce a result in successful ouster of Husni Mubarak and Tunisia soon followed.

Than of course things did not happen as people envisioned. Egyptians even after electing their own president are still not satisfied by the amount of power/influence given up by the establishment to the elected president. Tunisia seems to be still engaged in unrest with the elected government not meeting demands of hardliners who themselves have lot of street power. Libyan ‘revolution’ was brought up with the help of NATO aircrafts carrying the heavier weight. Of course it did not stop the hard-line elements to kill the US Ambassador in Benghazi who had aided in weapons supply to the very rebels in the first place.

And than there are cases of Syria and Bahrain. Condition of ‘revolution’ and the world response regarding them is only a reflection of inherent hypocrisy that plagues International Relations of different countries. Arab And Turkish leaders who fervently are backing the rebels inside Syria are silent in case of Bahrain, some of them even helping regime to crush them. Iranian Ayatullahs had come out to prophecies end to kingdoms of Middle East and yet in case of Syria, Iran and Lebanon continue to put their weight behind Assad making the problem much more difficult to handle. Any ‘direct’ western show of power may result in total unbalance of the demographic of Middle East.

And than in the midst of all the chaos are the opportunist groups which are taking advantage of the whole situation to fulfill their petty short term goals. Syrian rebel forces which now consist of lot of non Syrian millitants of other countries as well do not just desire to ‘liberate’ Syrians of the tyranny but to see their hard work result in their personal desires. That is why in Tunisia even after the elections, tensions and clashes run high.

The most recent example is of the destruction of shrine of companion of Prophet Muhammad SAW i.e Hujr Bin Adi a.s who ironically was martyred during the Omayyad Rule by than Syrian regime under Muawiyyah. Apparently the Syrians have yet not forgiven his sacred corpse of his boldness of truth. I had the fortune of visiting the mausoleum in 2007 when Syria was somewhat peaceful. Its current picture after the destruction feels like a stab to my wonderful memory.

The desecrated grave after the destruction. Courtesy aimislam.com

54ojm
[The desecrated grave after the destruction. Courtesy aimislam.com][2]

The tomb was not destroyed but the grave dug up as an insult the remains as well. Also, the sacred and legendary stone on which head of Imam Hussain a.s was placed and kept was preserved in pre-spring Syria. However since the fighting started in Aleppo which is the main source of unrest in Syria, the whereabouts of it have been unknown.

And now the Hujr’s a.s body’s whereabouts are also ‘unknown’. Even the Arab channels reporting the news are mentioning conflicting reports. Many however reported that despite the blasts there was a flowery scent in the air. A fitting situation for the flower that was present in the desert which now has regrettably has been plucked. Is this the last heritage of this sort the receive this fate before the war is over? Unfortunately that is not the safe bet. Syria is filled with historic landmarks and revered graves and the splintered groups with their own agenda may think of such roses as unsuitable with the stink of their hatred in their very own desert 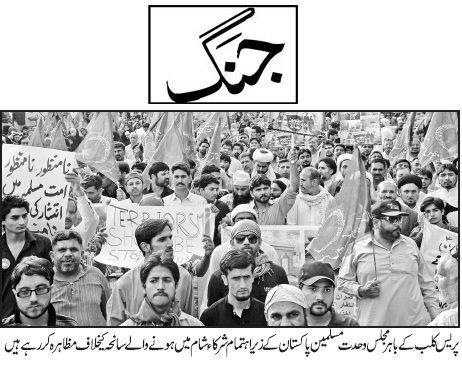 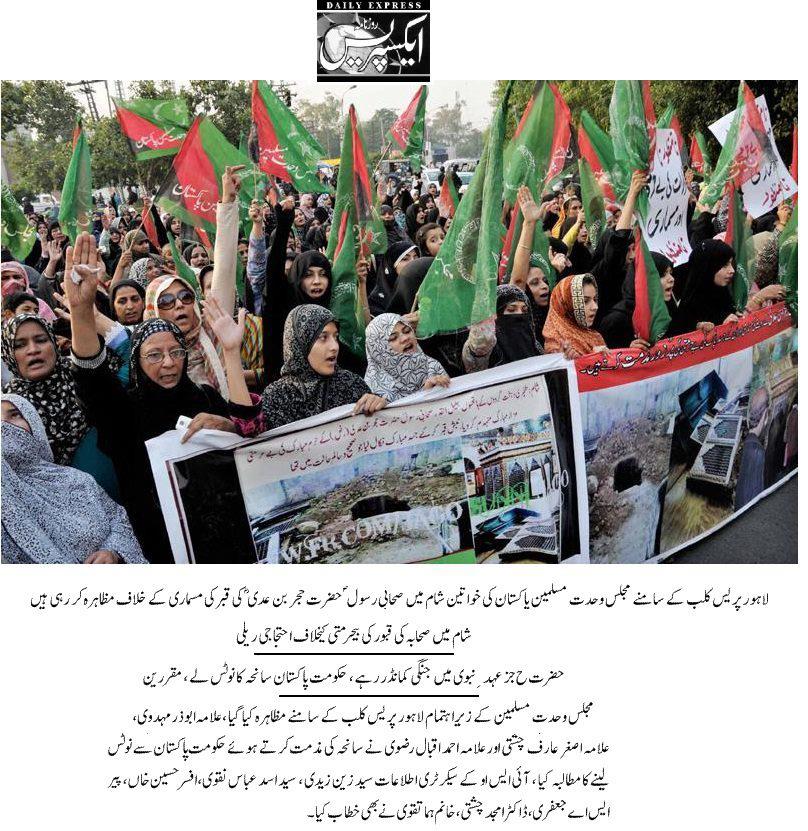