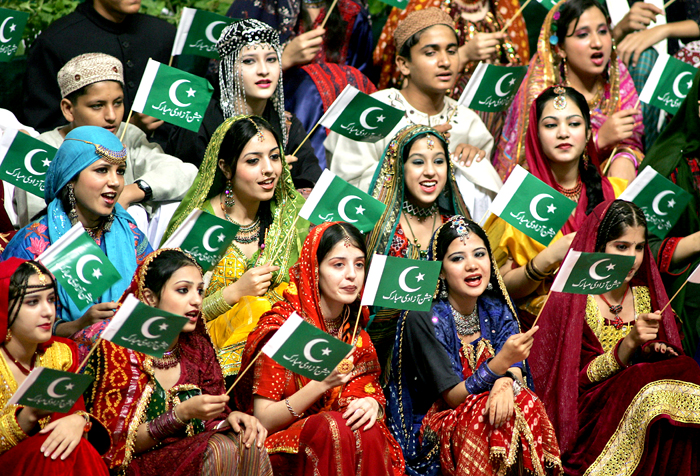 Tweets and Facebook posts; thank god instagram is still away from all this shorbazi which seem quite interesting now a days.On one hand, the Young blood is doing a good job in front of computers/laptops and on the other hand, candidates’blood is making the whole election environment more gloomy and tensed. Things seem tangled and unclear. Two factors are going to decide the fate of elections: new voters and non-voters!
This generation has not felt and seen the political repercussions that men of my country faced during Zia regime. (I bet most of them do not have the slightest clue of it other than the familiarity with the word amariyat). Moreover, at this time campaigning via social media is not that a painstaking task. All one is required to do is upload a pic that goes against the rivals and does some ‘intellectual’ debate and campaigning is done! ThankGod, things are much easier now days. But as we are approaching to the Great Day intensity seems to be intensified.
Campaigning on politician level is also becoming interesting, where some dynastic rulers are busy in reminding repeatedly their past educational gifts and buses etc. and other dynastic rulers in reminding the nationals their flaws, inabilities and corruption scandals. The prosaic approach is missing altogether. One may find difficult to choose even the lesser evil during such circumstances.

There comes the rhetoric of change; which is again not that simple. Today our youth is uncannily attracted to such slogans. The worst part of this dilemma is that most of the people who are supporting these ideas do not have any clue about their other policies. For them just naya Pakistan is enough. This in fact is not.Why will a new country emerge without even suggesting any measures for change in citizens’ thinking? Things become more interesting when, pretentious liberals and sometimes burgers show their loyalties to the right wing parties. Such parties offer individual involvement in every area of life while forgetting that we are the off shoots of statist civilization. Such parties have seen obfuscating some core issues during their campaign but thanks to their followers cum youth for giving rivals good excuses.
The political immaturity does not end here. There is also another breed who seems to be supporting leftist only because they expound/exhibit (though only virtually) the secular and liberal ideas. For them being leftist is the only prerequisite of takht e Islamabad. They fail to understand that delivering to the masses stands on same footing or while living in a developed state its importance surpass all other narratives. The nasty games of Taliban are also helping us to define our political inclinations. The bloody elections are paving a way of sympathetic voting also;but must less than those sympathetic votes that our last government owe with over bearing pride.
The vengeful attitude is also horrid, where railing others is the talk of the town. The usual habit of ours for regarding other as bête noire has just gotten the momentum. Paid TVcommercials are glaring examples where one does not bother to emphasize on own future politics goals and agendas but on spitting the rivals. The reprobates Taliban on the other hand are busy with their own campaigning. Killing for their amusement-, I must say! Unfortunately ‘this’ amusement is designed to alter the entire election scenario while shifting the odds in their own favor.
Amid all this hustle and bustle, a complacent voter is still unconcerned. He may have desires to live in a peaceful Pakistan but does not have time to cast the vote due to other chores on that ‘chutiwala din’ or does not have enough political maturity or voting is actually a tiresome mental and physical job. He is really going to define the election result.
Things are not that simple. It is good that we are moving towards another democratic process; first time in history. Nationals are becoming interested in politics of this state. Nevertheless, in all this we have lost the (left over)morality somewhere. We are so much enthusiastic in increasing the voters of our party that we have forgotten the element of principles. Why does supporting one political party means insulting the other party and nothing else. Are we fully aware of the fact that rhetoric and reality are always very far from each other. The change we want from our politicians must be born in ourselves first-are we changed or going to change. Do we have enough knowledge about the political party for whom we are casting the vote? If our party does not win are we really going to accept syncretism?
May God give us courage to develop these three words in our lives; morals, tolerance and rationality, which have been lacking in us so far. I hope the coming five years will (though by bits) extenuate the pains and suffering of my people. I hope for the next upcoming years the spread of amiable environment between every sect, because fantasies know no rationalism. Let us resolve that how much blood flowed and whichever party win. These elections are not going to divide us more!