LUBP Editor’s note: We don’t agree with the blatantly racist, insensitive and non-factual remarks by Tarek Fathah who is obfuscating systematic country-wide Shia genocide and blaming Pakistan’s most target killed community (Shia Hazaras of Balochistan) instead of identifying and condemning Takfiri Deobandi terrorists of Sipah Sahaba Taliban who are sponsored by Pakistan army’s intelligence agencies and Saudi Arabia. 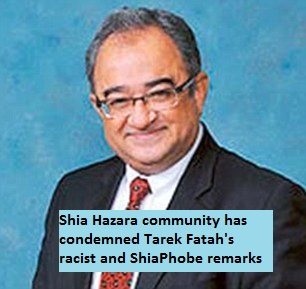 “Iran uses Hazara settlers in demographic war to turn the Baloch into a minority in their own land. Its not just a Sunni-Shia issue. Tens of thousands of Hazaras who fled to Iran from Afghanistan are now being settled in Balochistan with Pakistani citizenship cards. I met the Hazara community in UK and they admit, there is an Iran hand.” – Tarek Fatah.

Reaction on Twitter by Hazara, Baloch, Shia and Sunni activists of Pakistan and other countries 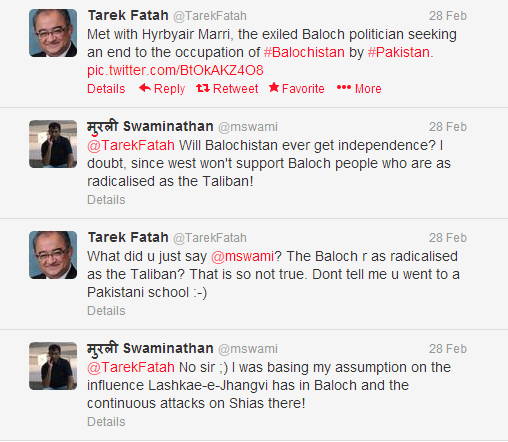 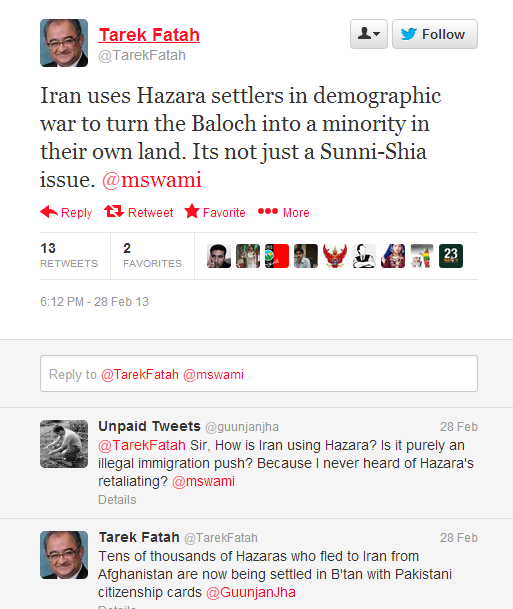 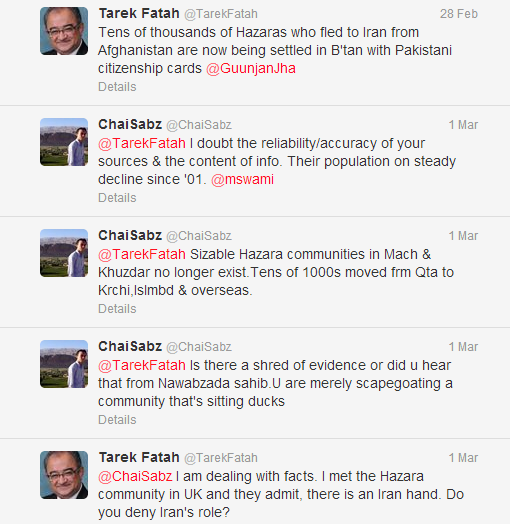 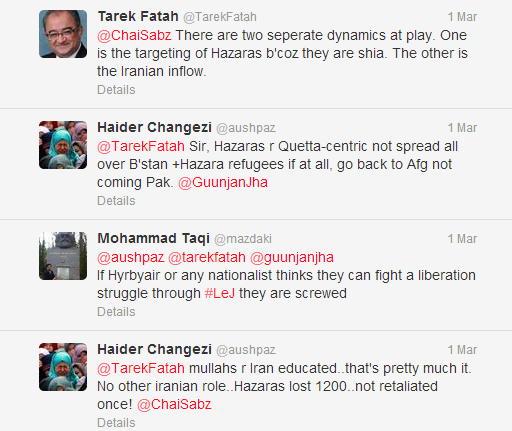 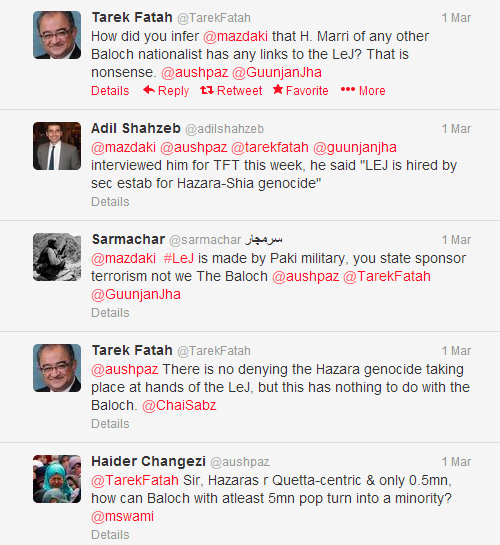 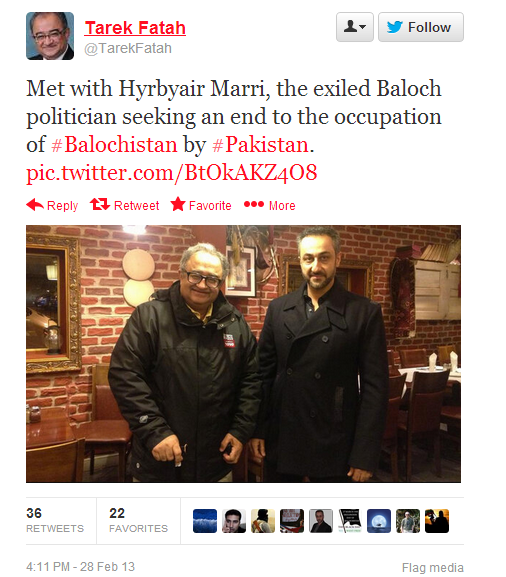 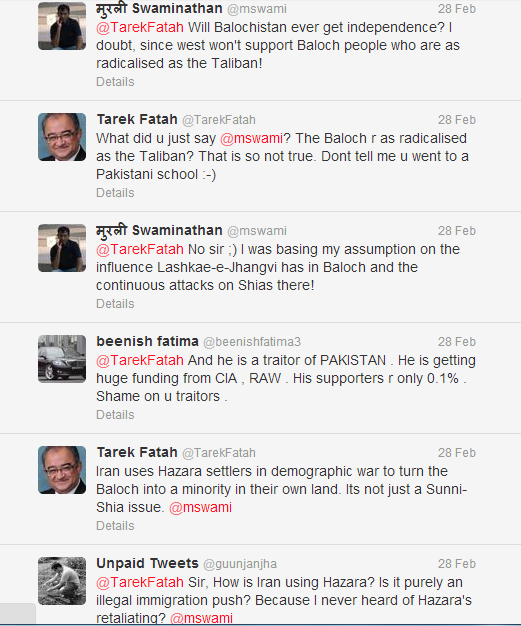 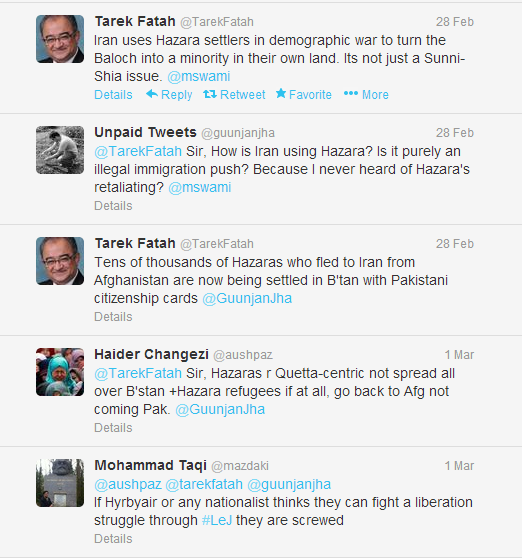 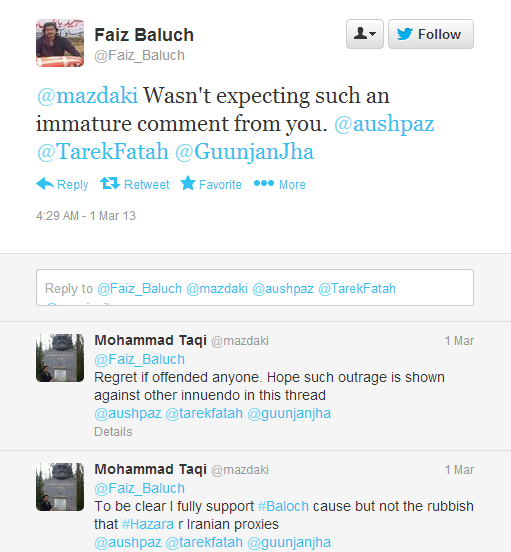 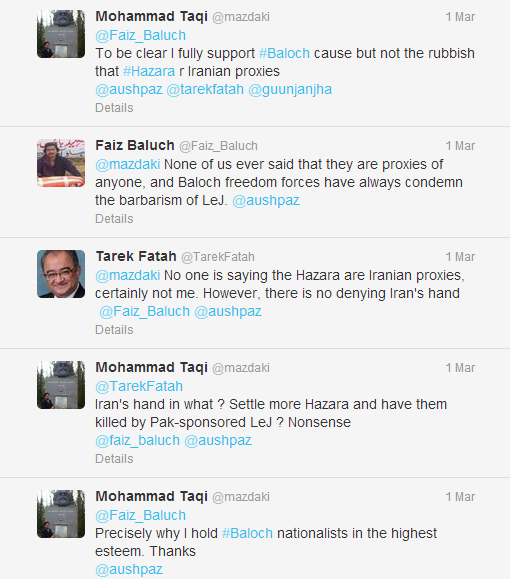 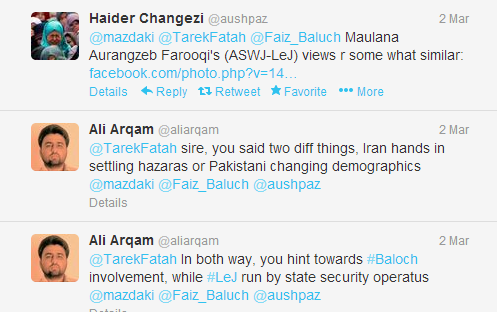 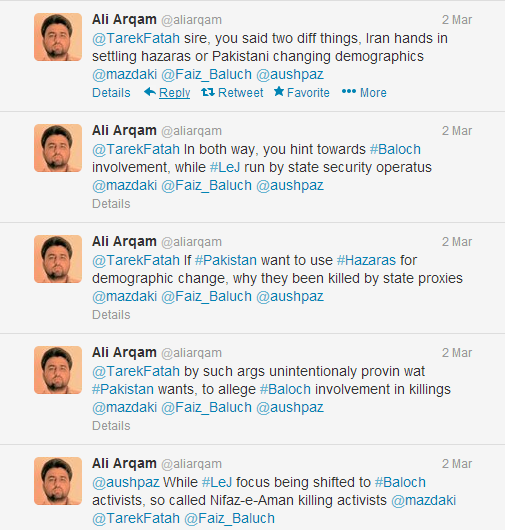 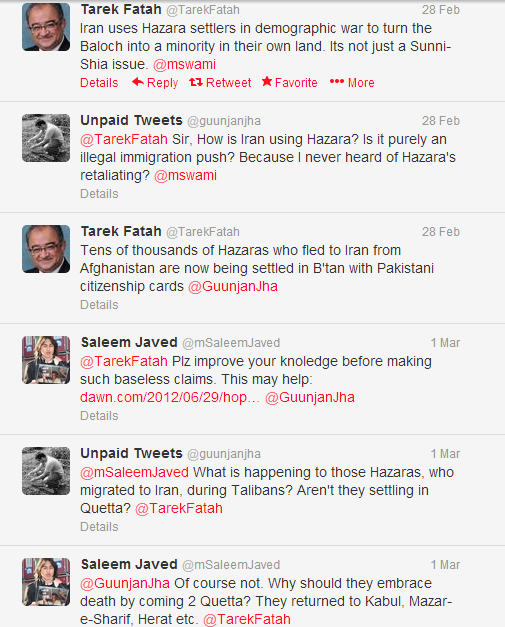 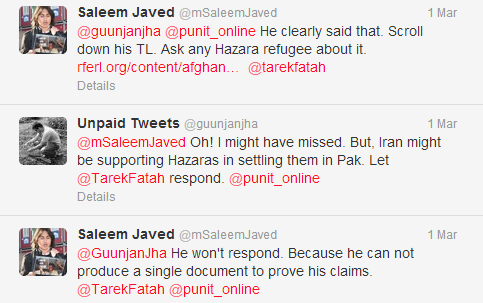 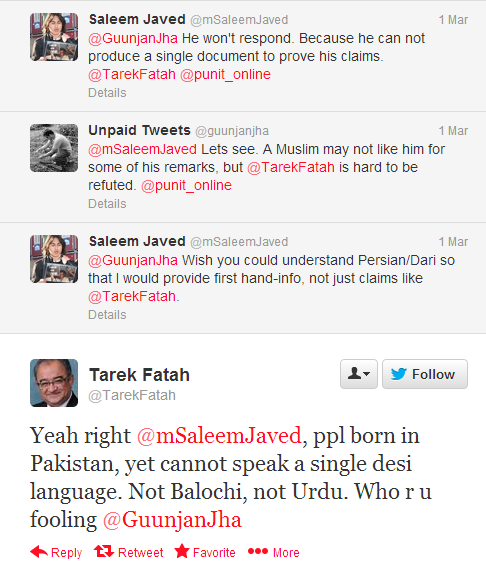 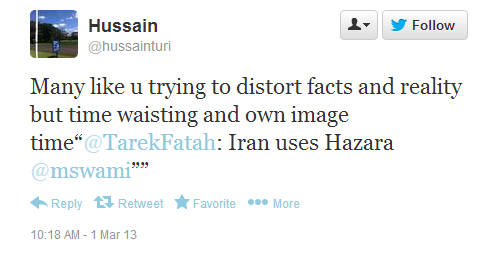 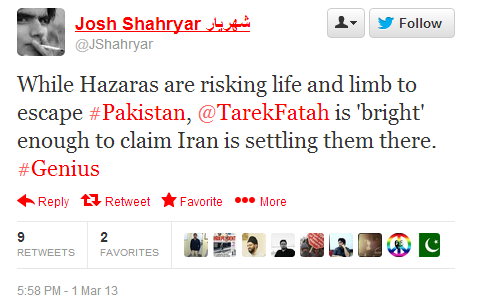 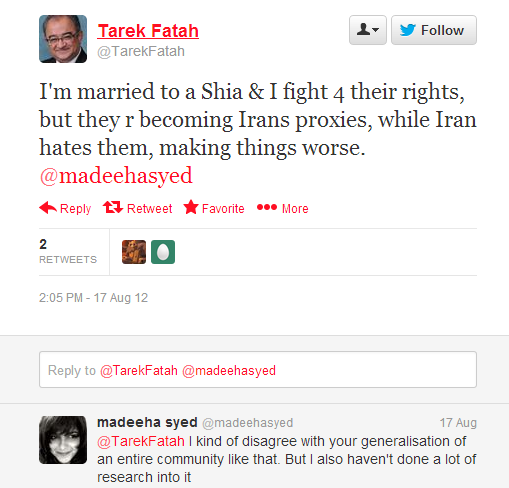 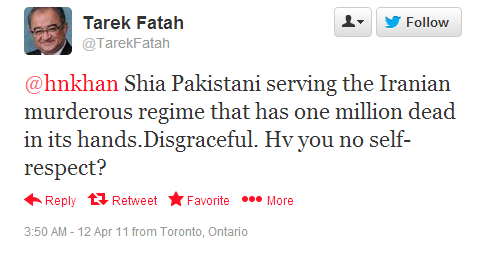 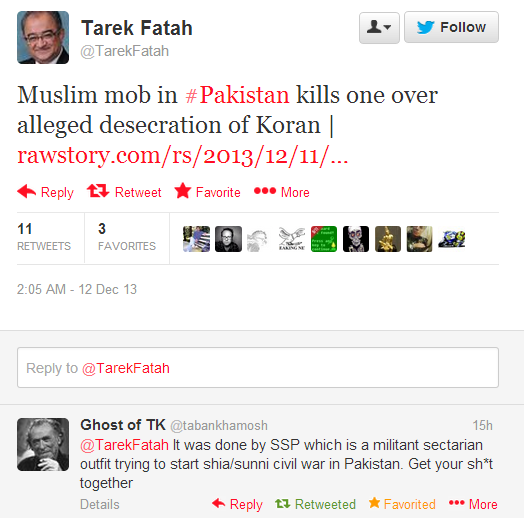