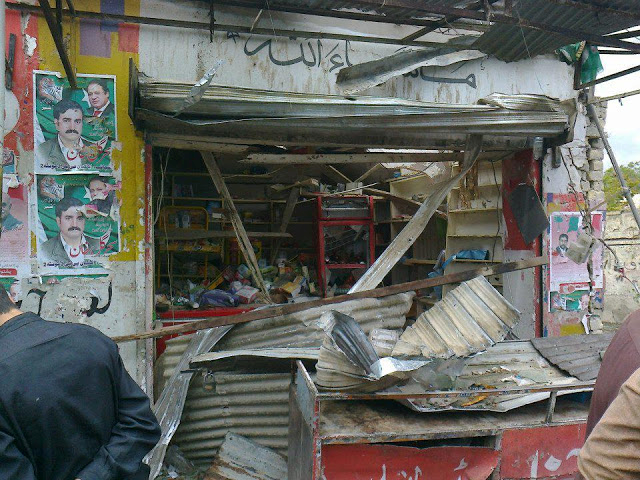 Yesterday’s suicide bomb blast near Alamdar Road in Quetta killed eight men including two security personnel. The Lashkar-e-Jhangvi (LeJ) has once again proudly owned up to its misdeed. Khaliq Hazara’s supporters were too quick to say that he was the target. But this is not true. The explosives used for the bombing were 100 kg. For a suicide bomber to kill just one person, 5 kilos of explosives will be enough. Such a light load will make it easy for a suicide bomber to get closer to the target. Khaliq Hazara has done nothing to offend the LeJ. The LeJ terrorists have never made an attempt to kill him because he has never reached out to the peaceful majority of non-Takfiri Muslims of Baluchistan against the LeJ. He suits the terrorists.

The fact is that the Shia genocide continues unabated. Like Quetta, there were bomb blasts in Karachi too targeting Shias. Fortunately, no one was killed, but the injured were Shias.

The governments in Islamabad and the provinces have been claiming to have taken strict measures to stop terrorism, but that is not what is happening. Terrorists can be stopped if and when the Army wishes to. But the Shias are an exception. The LeJ kills them at will and goes unpunished. The Takfiris have decided not to take a break from killing the Shias. Whereas they have started pre-poll rigging by targeting the leaders of the ANP and threatening to kill the PPP leaders if they take out political rallies, they have carried on their genocide of the Shias. The LeJ message is clear: The Shias will not be allowed to live a life which the constitution of Pakistan guarantees them. They will not be allowed even to vote in peace. The whole exercise of ‘peaceful’ election is futile. All claims about stopping the LeJ terrorists are bogus when it comes to the Shias. The state of Pakistan has capitulated to the Saudi Islamofascism which is being facilitated by the Army/ISI and executed by the LeJ. This is why, 55 ASWJ/LeJ terrorists have been allowed to take part in the elections which will choose ‘honest’ people!