PTI’s Lahore Jalsa on 23rd March 2013 was the climax of PTI’s political struggle so far. It was culmination of a long struggle, party organisation including intra-party elections and was also to serve as a platform to launch them as mainstream contender for the next elections. It was supposed to be a kickstart to PTI election campaign. The Jalsa was successful and impressive but well short of my expectations and that of analysts. To start with, the numbers were unimpressive. The crowd was charged and electrifying for sure but the 200K people who attended it was almost the same as PTI’s last show of power at the same place. More than a year’s gap and intra party elections raising 70-80K elected reps should have resulted in atleast double that figure. Although Tahir-ul-Qadri’s Jalsa at the same place can not be directly compared because it was a religio-political crowd but he managed to gather a much larger crowd than Imran Khan. Having said that, this Jalsa was still the largest of all political Jalsas but the point remains that PTI needed a much bigger show for perception building and not a mere repeat of what they had already done a year ago. 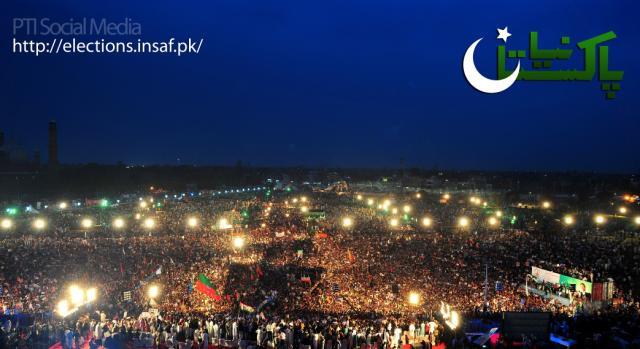 Fiaz Tariq’s brilliant photographs from the Jalsa can be seen here.

In his half hour speech, Imran Khan invokes Allah 15 times, Quran and Nabi a dozen times but fails to mention the word ‘Awaam’. Its fine he loves Allah and Allah loves him, alright if he wants to make it public but where was the real content? We were talking politics but that is precisely what was missing in his speech. The whole speech revolved around his 6 promises, which if you read, look like a hopeful groom trying to convince his to be father in law asking for his daughter’s hand. I won’t lie, I am very religious, Allah loves me and I love Allah, I will live in Pakistan so you daughter will be close to you blah bhah. All okay but what about the problems of Pakistan? Terrorism? Energy Crisis? Unemployment and poverty? Civil Military relations? None of these were under discussion. Imran Khan has been saying for a long time that he will launch party manifesto and policies on this day but that is what I could not find. 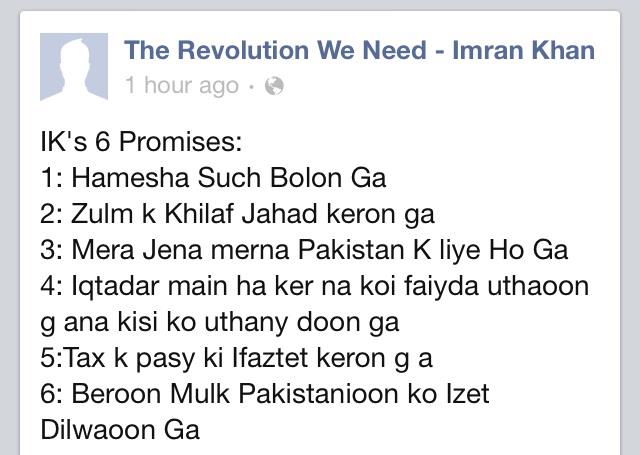 Extremely disappointed at the speeches particularly and I hope PTI will quickly get over the celebrations and reflect. I hope someone in PTI was sane enough to notice the low crowds and content less speeches and gets back to work.

Imran Khan seems to understand the importance of ‘perception building’ in Pakistan politics. Non-Ideological voters in Pakistan normally vote for the most likely winner. Imran Khan has been trying to build a perception for a long time, a perception that PTI is going to form the next Government. IK has been criticised by many for being overconfident as he has repeatedly claimed that PTI will clean sweep Elections 2013 but this Jalsa was a key to build this perception. This is precisely where PTI needed a massive show, a crowd double what they had here, would have caused a lot of concern in Raiwind but I’m sure Sharifs will be at ease now. It was a good show but nothing extraordinary.

Understandable that speeches at such Jalsas are usually rhetoric but considering the fact that Imran Khan is not a gifted speaker like Bhutto, and so content was extremely important. This was a moment PTI has the opportunity to tap into the undecided vote bank. A large chunk of urban vote bank which normally votes for PMLN is undecided. Similarly  a large chunk of progressive, left leaning and minority vote bank (including Shia community, Christians and Hindus) who traditionally vote for PPP are extremely disappointed and are considering options. They understand very well that PTI is a centre-right party but performance or lack of it by the left leaning coalition of PPP-ANP-MQM has forced the minorities to consider alternative options. Attitude of this coalition specially PPP has been spineless on most issues and PPP appeared to be a centre-right party than what is actually is. Pakistan Peoples Party remained silent on Salman Taseer and Shahbaz Bhatti as if they have disowned them, there was no meaningful action on Shia Genocide and minority persecution and it won’t be unfair to say that PPP resided over Shia Genocide; anti-terrorism bill delayed for five years, and taking a step back every time the right-wing funds objected like the case of amendment of blasphemy laws and finally PPP appeared overly subservient to the military establishment e.g. extension for Kiyani and wasted opportunity after OBL episode. Recent TV appearances by Imran Khan and other PTI members condemning Sipah Sahaba (see this and this) and violence against minorities; and their visits to Quetta had earned the party respect from the minorities. He had an opportunity to tap into this void using this Jalsa but he didn’t put an effort. The rain could not wash away PTI but the news of electoral alliance between PTI and JI the next day did it for sure. The minorities will have to think twice before considering PTI now.

Pakistan Peoples Party also need a reality check. The left-leaning progressives and minority communities specially Shia who vote almost unanimously for PPP do this because they expect something in return. Their votes do not come for free. When a Pakistani progressive or liberal votes for PPP, he expects the PPP to govern on the basis of progressive, liberal and left principles and not act as a centre-right party. He does not expect the PPP to disown the liberal heroes Salman Taseer and Shahbaz Bhatti, he does not expect the PPP to reside over Shia Genocide as mere spectators, he expects the PPP to challenge the security establishment and do some liberal legislation. The party will lose this vote bank because the voters want to give a clear message to the PPP i.e. you get our vote because we vote a progressive liberal party, if you can’e be that and will act as a centre right party, this vote will go elsewhere too.

On the other hand, I hope PTI realises the political mistake they are making. Jamaat-e-Islami needs no introduction but as a reminder to the readers: AlQaeda No. 2 Khalid Sheikh Muhammad was captured from Naazim of JI’s house in Rawalpindi. 2 more listed AlQaeda terrorist were also found from JI residences in Pakistan. JI held funeral prayers of Osama Bin Laden all across Pakistan. Nazim JI Mirpur was killed in a drone attack in NW with other terrorists and Qazi led his funeral prayer in Mirpur. Samia Qazi calls Taliban killers her brothers. When Govt asked religious leaders and parties to issue statements condemning suicide blasts, JI refused to do so. Munawar Hasan in his famous interview with Shahzeb Khanzada from which he ran away mid way, said that TTP is also doing Jihad and its okay to blast away Pak Govt and people if need be. The same Munawar Hassan rejected Women Protection Bill and claims if a raped woman should remain silent and sent to jail if she fails to provide 4 witnesses. PTI can definitely do better without the baggage of fascist Jamaat-e-Islami and I hope good sense will prevail in PTI.

Munawar Hasan runs away from interview with Shahzeb Khanzadeh 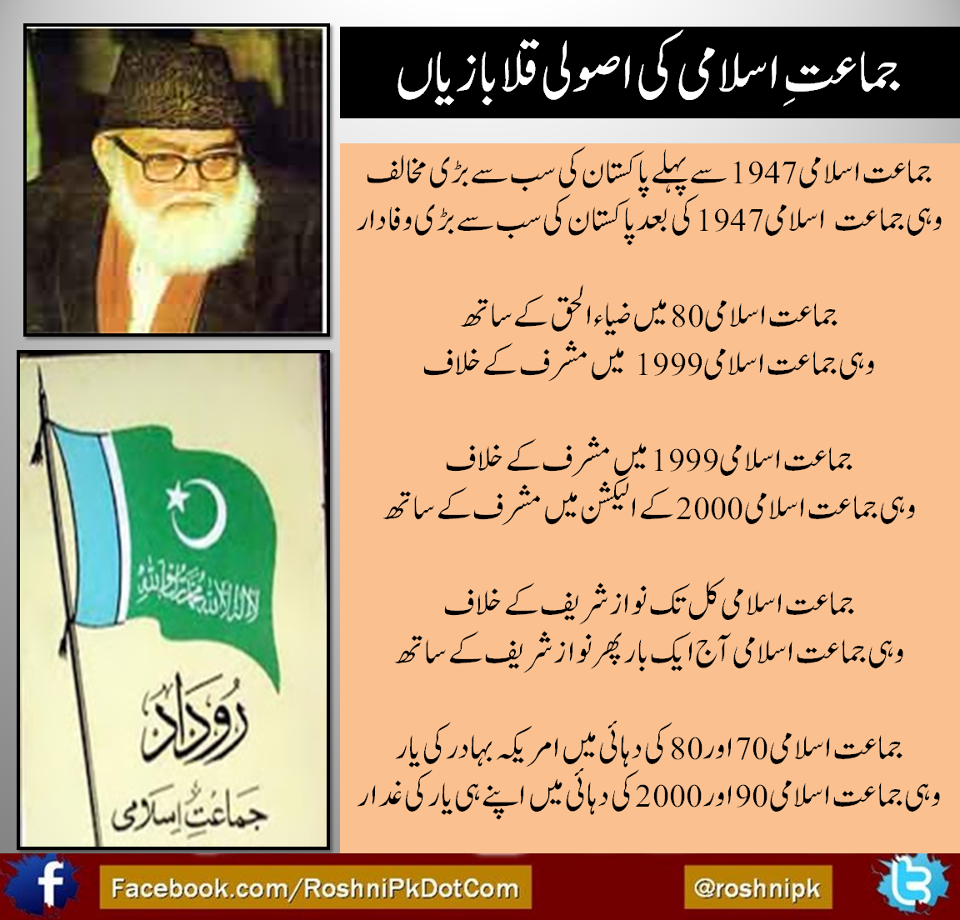 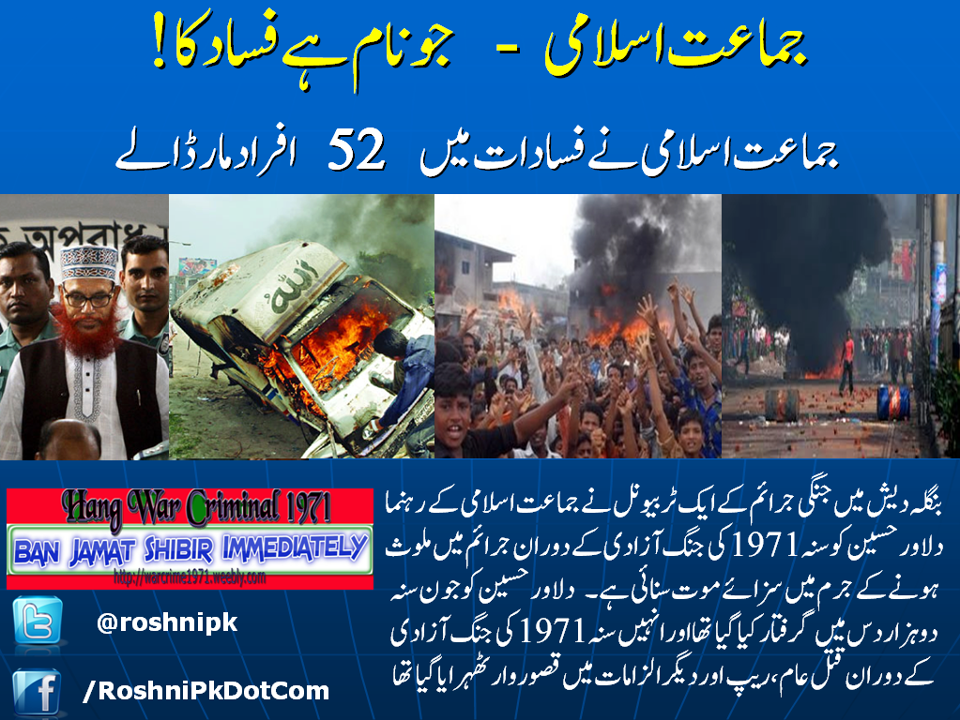 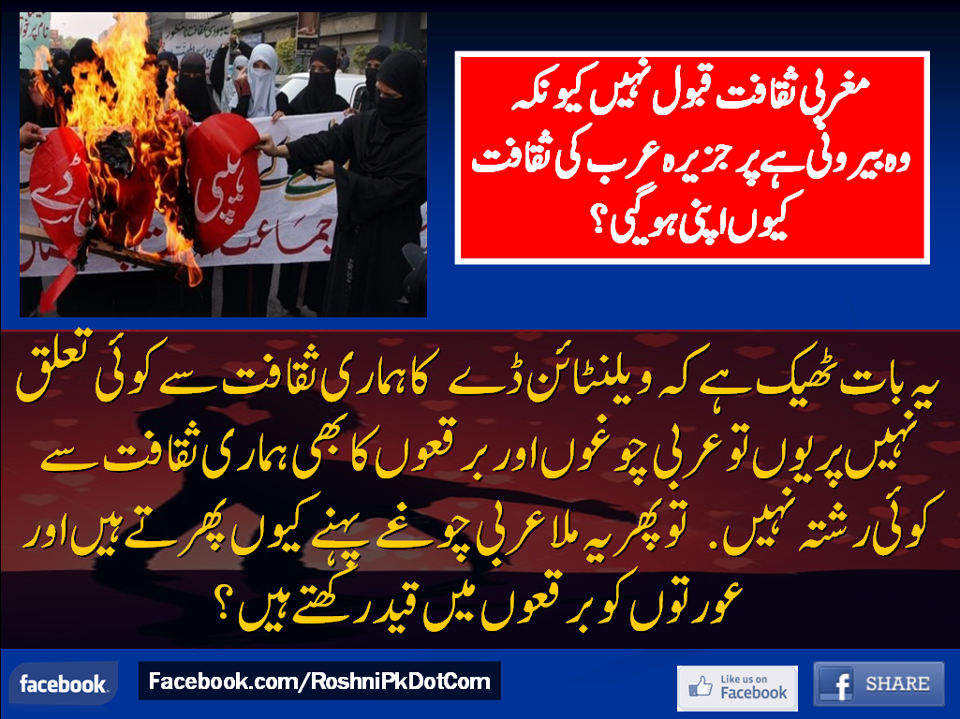 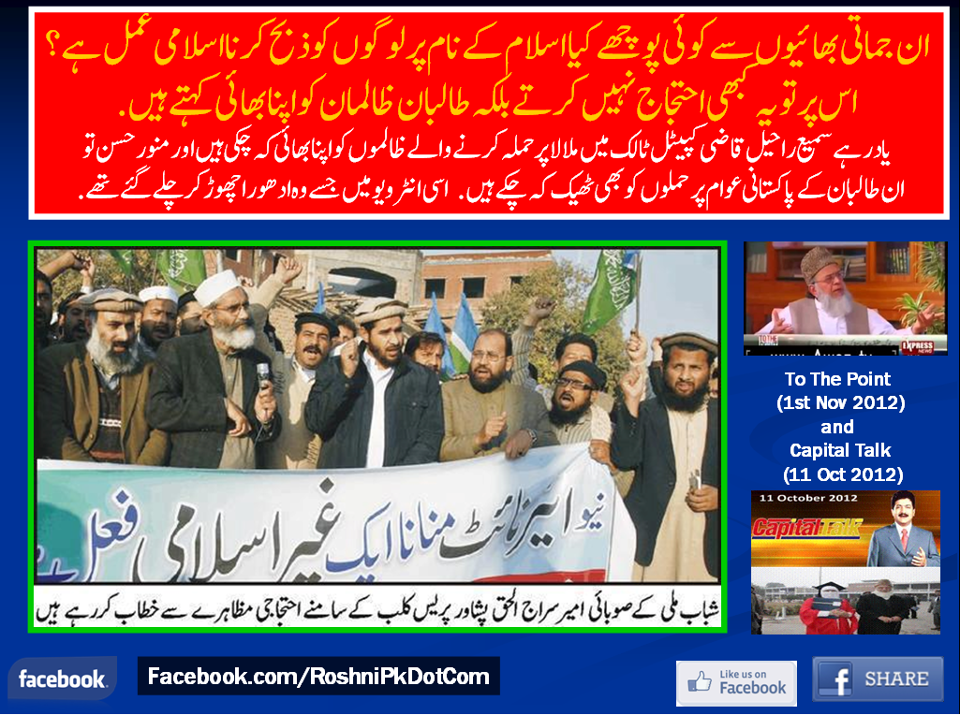 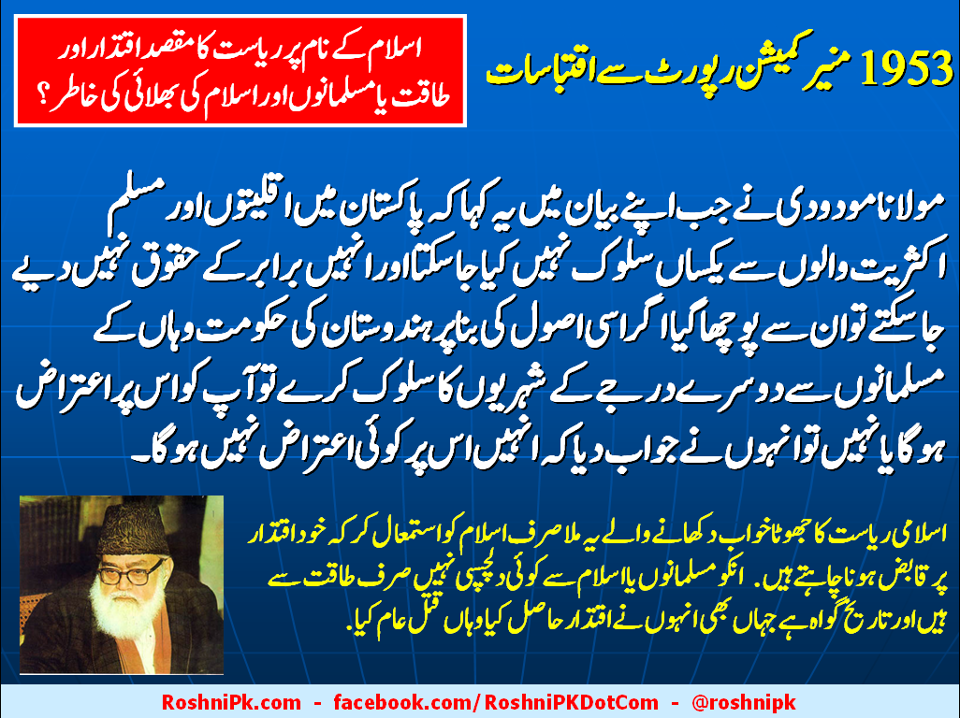 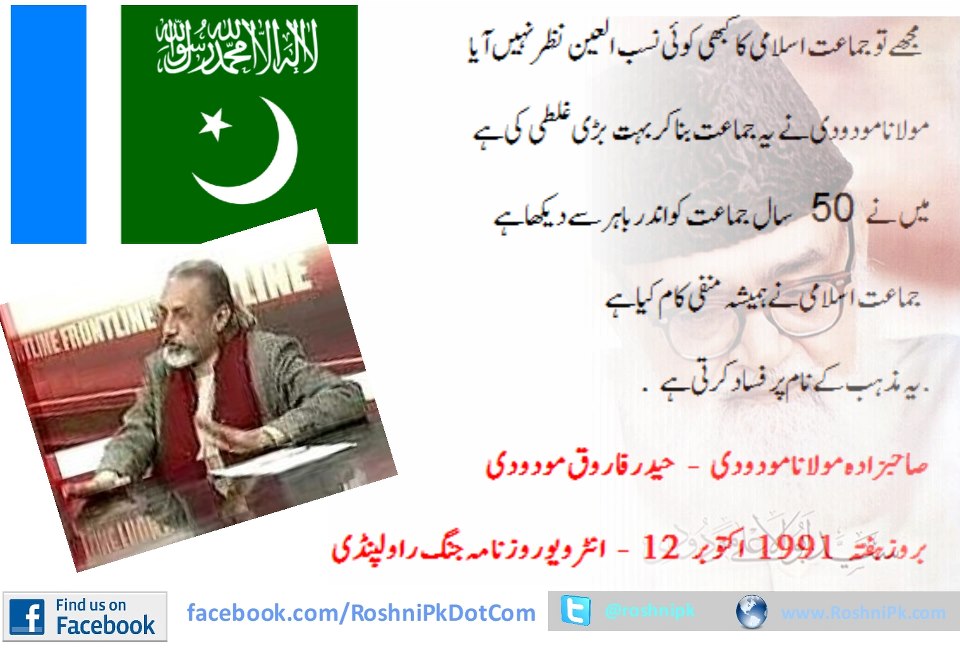 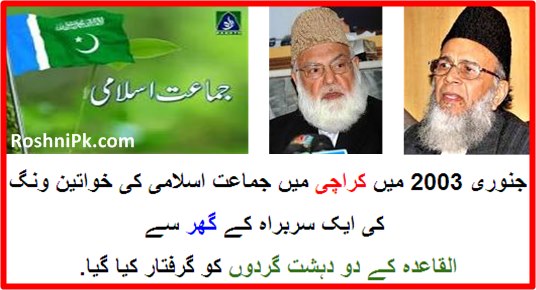 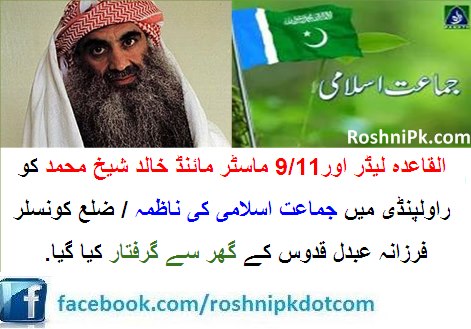 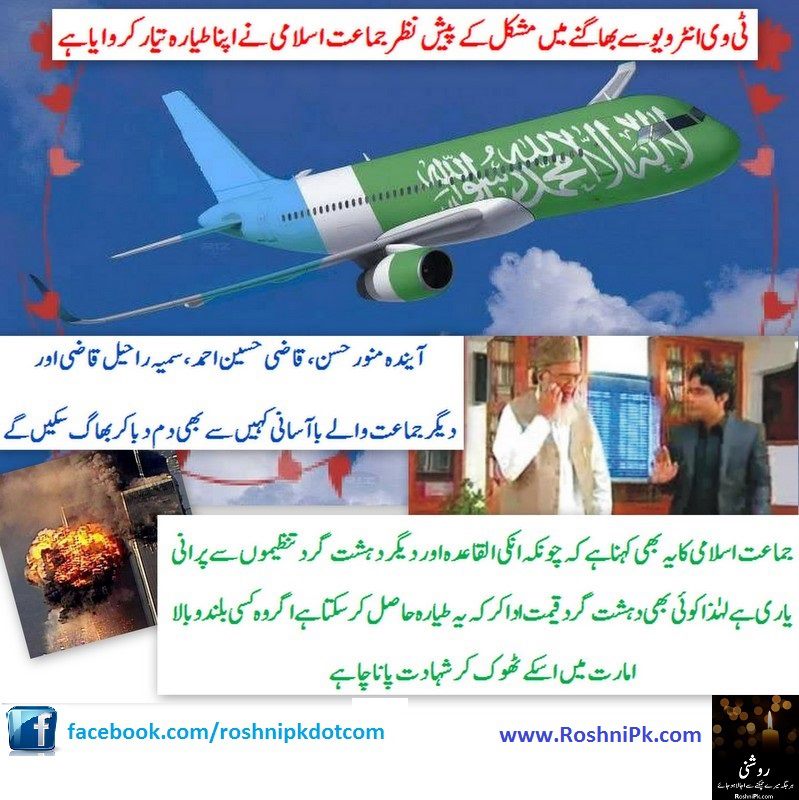 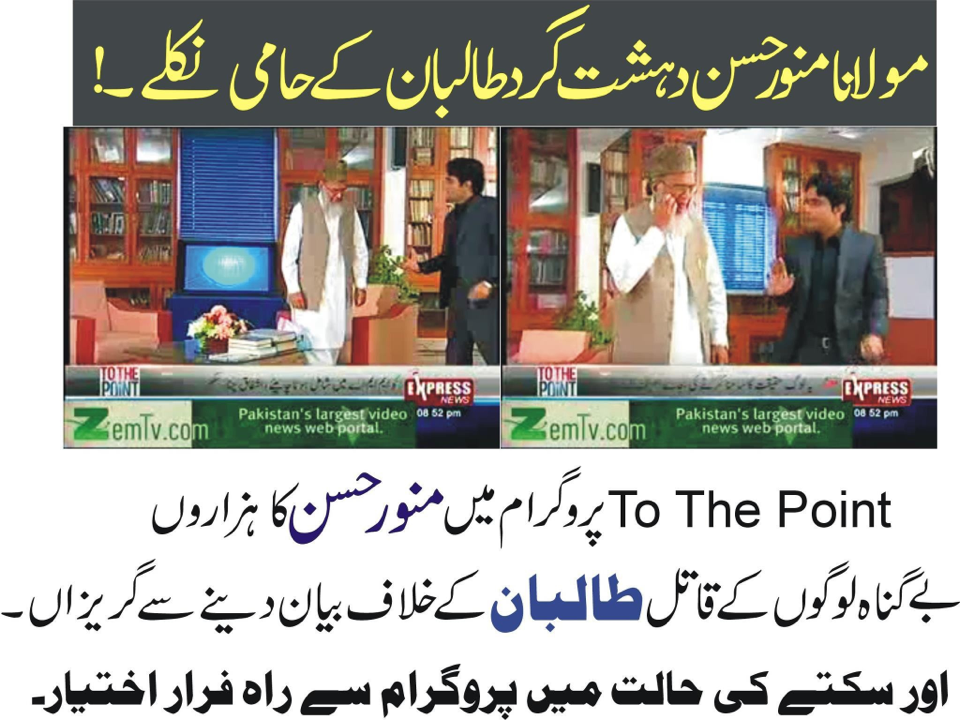 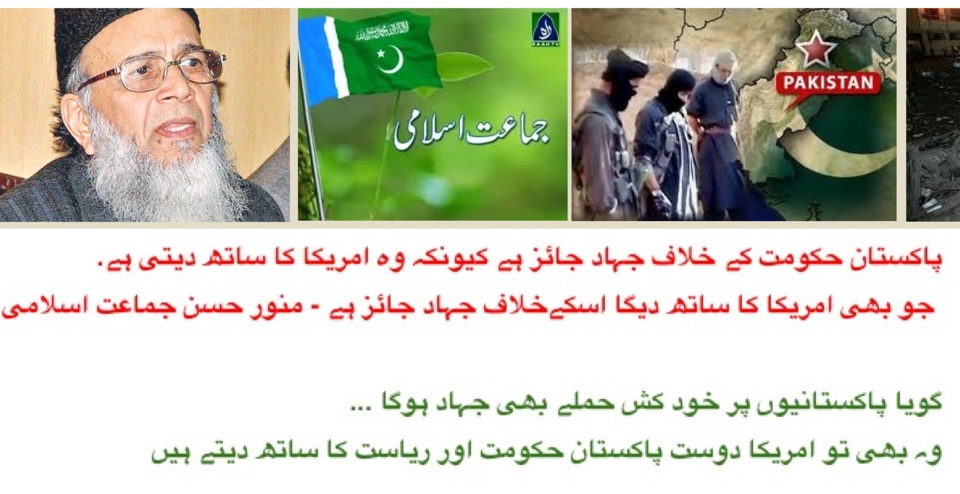