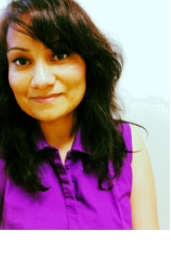 The more I read from young Pakistanis on social media, the more I wonder how in the world they did this to us. Such inability to think critically is not easy to acquire, and yet countless have acquired it.

Recently, Dr. Javed Iqbal, son of Allama Iqbal, has said that if you are going to make a blasphemy law, make it for everybody. Why not punish the ones who disrespect the Ahmadi religion too? To an Ahmadi, their religion is just as true, as to you is yours. Ahmadis are born in this religion. They too are told that their religion is the absolute truth.

Bashing and cursing Ahmadis and their prophet has become a requirement to be a good Muslim in Pakistan. Many Pakistani Muslims don’t feel like true Muslims until they abuse and curse the Ahmadi prophet, and the abuses are not mild or minor in any shape or form.

The problem is, you only fool yourself by doing that, not the world. It works very well inside Pakistan when you curse, abuse, and bash the Ahmadi prophet, and hang the ones who criticize yours. Sadly, the rest of the world does not accept it. To the rest of the world, you have to apply the same standards to others what you choose for yourself. Pakistanis are only fooling themselves. And fooling yourself is worse than fooling others.

The holocaust denial laws exist only in few countries, and those laws are not as significant. Punishment for denying the holocaust is jail time for up to five years and a fine, not a death penalty. Also, this law is made to protect a minority, jews, from hate speech. Just like if we made a law in Pakistan to punish those who deny the Shia genocide. First you kill them, and then you deny killing them, you are adding insult to the injury. Victims of massive crimes need to be listened to and consoled, not denied.

On the other hand, religion is an ideology, a concept, an attempt to explain human existence on planet earth. No better example than Pakistan itself that how important it is for people to question and criticize an ideology, It is literally vital for a nation to survive. Pakistan is dying because it does not allow questions and doubts about religion. Free, advanced and intelligent societies let their citizens be atheists too. It is sad that Pakistanis keep spreading misinformation in their articles and books about “blasphemy laws of the west”. All you have to do is  watch western comedians on the internet and you will see true freedom of speech. Pakistanis have gotten in to the habit of arguing for the sake of arguing, “What? we are killing Shias? Look, they are killing in Palestine.” This again is nothing but a sad state of mind. You set your house on fire and justify it by saying “Look, someone else’s house is on fire too.” Laws have to be equal for all citizens or Pakistan will die. Everyone insulting the Ahmadi prophet must be in jail too or should be hanged for it to be fair. A society that is cruel and unfair is not going to last long. It started with Ahmadi, now it’s Shia, and very soon it is going to be you. Maybe all this has to burn before a new building could be made. Maybe everyone has to die before new generation can learn tolerance.