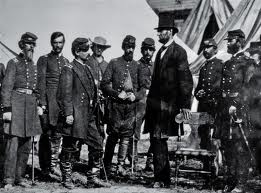 The Oscar winning movie “Lincoln” will soon be available on video. This awesome movie is about one of the greatest presidents of the United States of America. It is also about a president whose fundamental challenge was not international – instead it was domestic. In the midst of a gruesome civil war, when the entire nation was split into two, and it seemed that the federation would come to a crumbling end, Lincoln provides a great example of leadership. His leadership didn’t only save America, it also led to the end of slavery and created one of the strongest unions the world has ever seen. He rescued America from its darkest days and ended the civil war with a glorious victory of the Union forces over the Confederates.

When I watched the movie, I thought about how Lincoln would lead  if he became the president of Pakistan.

Just as Lincoln found himself in the midst of a rebellion, an out of control secession attempt, and a society split between polar opposite values during the civil war, if he landed the presidency of Pakistan he would find himself in a terrorist infested, secession seeking, and warring Pakistan. He would observe that the nation is split along religious and ethnic lines and people are killing each other based upon ideologies.

Upon deeper research he would identify the root cause of the problem. He would realize that the Takfiri Deobandi Militant groups have wreaked havoc upon the rest of the country. He would observe that these fanatics want to impose their version of Islam on all others and anyone who disagrees with them is considered a legitimate kill target by them. He would see that there is a real war brewing in Pakistan – a war between the nationalists and the fundamentalists. He would see the nation is divided between two groups: those who want to build Pakistan and those who want to take Pakistan to the stone age. He would realize quickly that nearly 40,000 (Sunnis, Shias, Christians, and Ahmadis) killed by the terrorists were all killed by the same group of Takfiri Deobandi Militant psychopaths. And he would know instantly that confronting them would be his number one priority.

Just as Lincoln faced the challenge and didn’t back out from facing the evil during the civil war, if he was leading Pakistan, he wouldn’t back out of defending the nation. He would take a decisive action in areas such as Waziristan and Quetta to defeat the enemy once and for all. He would understand that this is a challenge that Pakistan must face and a war that Pakistan must fight. And with the same commitment and leadership that he displayed in leading the Union forces, he would annihilate the terror networks in Pakistan. He would not be hesitant, he would not be confused, he would not be timid.

If they did, they wouldn’t tolerate the presence of a single terrorist in Pakistan. They would declare a war on terror and take out the Deobandi Tafkiri psychopaths with a firm and decisive action.

Great nations are made by great leaders and there is a reason why Pakistan is where it is today. It has become a laughing stock. Even Indians, the country with which Pakistan has fought four wars, look at us with pity and sympathy. How much I wish we were being led by a leader like Lincoln. In my little imaginary world, I nominate Lincoln to lead Pakistan.