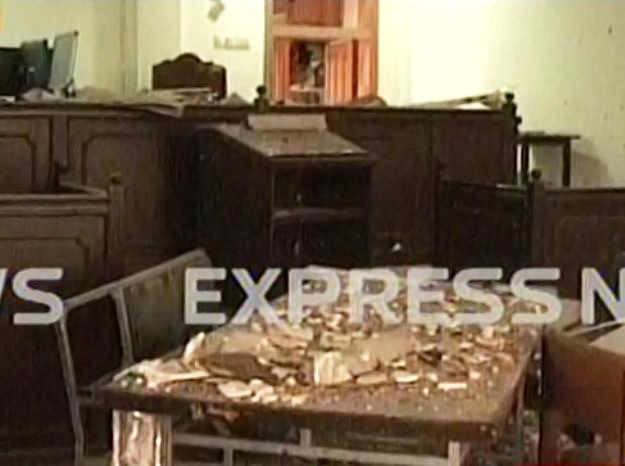 At least four people have died and the number of injured have risen to 22, including four police officers. Deobandi militants also held a number of ordinary people as hostages.

Deobandi militants have in the past attacked and killed female activists in various parts of Pakistan. Parveen Rehman, a leading philanthropist, was killed a few day ago in Karachi. Malala Yusufzai, a young education activist, was attacked in Swat a few months ago.

In the meanwhile, pro-establishment operatives in Pakistani media and politics continue to humanize Deobandi militants of ASWJ-Taliban arguing for dialogue with them or presenting them as prophets of peace and sectarian harmony.

International media and human rights groups continue to obfuscate Takfiri Deobandi militants of ASWJ-Taliban as Sunni Muslims hiding the fact that Deobandi militants have killed thousands of Shias as well as Sunnis, Ahmadis and Christians.