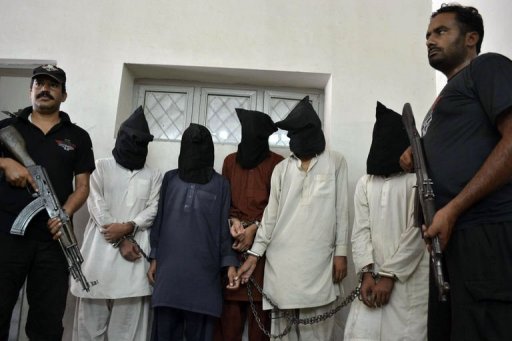 Rangers in Karachi carrying out an operation in the city. PHOTO: EXPRESS/FILE

Qari Abdul Hayee, alias Asadullah, was allegedly involved in the murder of American journalist Daniel Pearl. He was arrested in 2003 from Multan over his suspected involvement in planning and carrying out the kidnapping and murder of Pearl.

Hayee is also wanted in several other criminal cases, including helping his accomplice, Riaz Basra, in escaping from the Lahore sessions court in 1994.

Rangers shifted him to an undisclosed location for interrogation.

Targeted operations were initiated in sensitive areas of Karachi after two bomb blasts –in Quetta and Karachi – targeted the minority Shia community killing more than 190 people.

The LeJ had claimed responsibility for the Quetta blast and had threatened to exterminate all Shias.

Following the attack, LeJ leader Malik Ishaq and his son Malik Muhammad Usman were detained for a month. Several other members of the banned outfit were also arrested during separate raids.

A black warrant had been issued in January, 1994 against Hayee for his involvement in the Shehr Sultan killings. Police investigations showed that Hayee had thrown grenades on a Shia mosque in Sher Sultan and resorted to indiscriminate fire along with his two accomplices in the attack. About half a dozen people died and Sher Sultan police registered a case against the accused.

At one point, his capture carried a bounty amounting to Rs2 million.

Hayee was arrested and had been awarded the death sentence by the Dera Ghazi Khan anti-terrorism court on six counts for killing six people in the Shehr Sultan attack.

Hayee was also a close aide of Riaz Basra, the founder of Lashkar-e-Jhangvi, and had reportedly met Taliban chief Mullah Omar once in Afghanistan during his years-long stay there.

The accused had helped LeJ in militant training in Afghanistan and allegedly trained hundreds of terrorists. He is considered a specialist in bomb manufacturing and had shifted from Afghanistan to Karachi after the fall of the Afghan Taliban in 2002.

After internal differences arose in the LeJ, Qari formed his own Qari Asad group. He was also Imam at Jamia Siddiq Akbar mosque, forming a strong base in Karachi.

He also formed a party Karawan Muhammad during the period of 1993-94.

Read More About This : http://tribune.com.pk/story/522223/rangers-arrest-lej-leader-involved-in-danial-pearl-murder/ 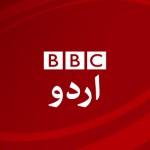 He was wanted in several major terrorist assaults targeting the western interests in Pakistan, especially the Americans. The Sindh Rangers have arrested him from University Road area of Karachi in a raid the other day. Considered to be a close associate of the Lashkar-e-Jhangvi (LeJ) founder Riaz Basra, Qari Abdul Hai was also involved in the January 23, 2002 abduction and subsequent beheading of a senior American Journalist Daniel Pearl.

Basra and three of his aides were killed in an encounter in Mailsi near Multan on May 14, 2002, shortly after which the LJ was proscribed by the Musharraf regime. Qari Hai then launched his own group with the name of Lashkar-e-Omar.

The US intelligence sleuths stationed in Pakistan had sought his arrest way back in 2002 following reports that he had masterminded a plot in December that year to target some high-profile US diplomats based in the port city of Karachi.

The attack could not be materialised because of an accidental blast [on December 20, 2002] at an explosives warehouse in Karachi which killed Qari Hai’s right hand man, Asif Ramzi, a suspected al-Qaeda associate who was on the most wanted list following a spate of violence in Karachi beginning with Daniel Pearl’s murder. Besides Pearl’s murder, Qari Abdul Hai had also been involved in planning the May 8, 2002 suicide bombing at Sheraton Hotel the in Karachi which killed 11 French naval engineers as well as three Pakistanis.

A month later, on June 14, 2002, an explosive-laden truck driven by a suicide bomber was detonated outside the US Consulate in Karachi, killing 12 people and injuring 52 others. A previously unknown jihadi group called al-Qanoon claimed responsibility for the attack.

But the Pakistani intelligence agencies concluded that the attack was carried out by a loose coalition of the anti-Shia and anti-western jihadi groups, known as Laskhar-e-Omar, which was most probably named after Sheikh Ahmed Omar Saeed, who had been sentenced to death by an Anti Terrorist Court in Karachi by that time for masterminding the kidnapping/killing of Daniel Pearl. While claiming US Consulate attack, Al-Qanoon had warned that the attack was just the beginning.

A letter the group sent to several newspapers in Karachi stated: “America, its allies and its slave Pakistani rulers should be prepared for more such attacks in the coming days and weeks”.

Qari Hai-led Lashkar-e-Omar was subsequently found involved in the October 28, 2002 attack on a church in Bahawalpur which killed 17 Christians and a police officer.

It was once again named in the February 28, 2003 attack on the US Consulate which killed two police officers and wounded five other officers. On March 15, 2004, there was another attempt by the Lashkar-e-Omar to blow up a van in front of the Karachi US Consulate.

Then on March 2, 2006, a suicide car bomb killed four people and injured thirty outside the Marriott Hotel in Karachi, which is about 20 yards from the Karachi US Consulate.

Among the dead was David Foy, a senior US diplomat andthree Pakistani nationals. It appears that Foy was the direct target of the bomber, who detonated his vehicle in the car park behind the consulate as Foy arrived. The bomb was reported to be the most powerful used in any attack of this kind in Karachi, and it left a two-metre crater in the car park and destroyed at least ten nearby cars.

As far as the composition of Lashkar-e-Omar is concerned, it is a mixture of elements from three other terror groups – Lashkar-e-Jhangvi (LeJ), Harkatul Jehadul Islami (HuJI) and Jaish-e-Mohammed (JeM). Its reported mission is to attack Americans in Pakistan. The current leader is Qari Abdul Hai, also known as Qari Asadullah alias Talha. The Lashkar’s ideology is a mixture of Islamist fundamentalism and totalitarian thinking, similar to that of the Afghan Taliban led by Mullah Mohammad Omar. Intelligence reports indicate that the Pakistani cadres of terrorist groups and Islamist parties allied with Osama bin Laden’s International Islamic Front (IIF), who managed to survive the US air strikes in Afghanistan and crossed over into Pakistan, are also part of Qari Hai’s Lashkar-e-Omar.

Intelligence sources have indicated that what makes Lashkar-e-Omar a serious threat is the fact that most of its cadres are members of the same class and camp trained by Amjad Farooqi, a deadly HajI terrorist, who had masterminded the December 2003 twin assassination attempts on General Pervez Musharraf in Rawalpindi while working in tandem with Abu Faraj Al Libbi, the chief operational commander of al-Qaeda who was finally arrested from Mardan in May 2005. They further suspect that the fidayeen squads of the Lashkar-e-Omar would continue to target western interests in Pakistan, particularly Americans and Britons

Read More About This : http://www.thenews.com.pk/Todays-News-2-165989-Qari-Abdul-Hai-had-anti-Western-agenda 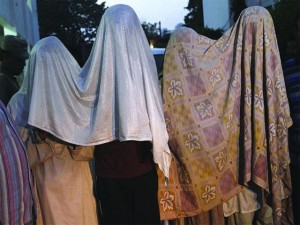