“No man is an island, Entire of itself …

Each man’s death diminishes me, For I am involved in mankind. 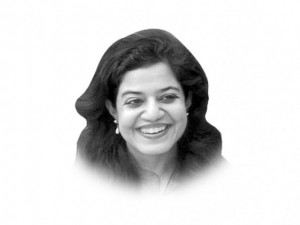 Therefore, send not to know, For whom the bell tolls, It tolls for thee.”

I must not have been more than seven-years-old. It was a school holiday and we were going to the beach with a group of my parents’ friends and their children. As I hovered excitedly around my mother in the kitchen while she packed lunch, I noticed her unsmiling face. Afraid that I was somehow the cause of her displeasure, I hesitantly asked what was wrong. Her response then still echoes in my mind: “We should not be going out today,” she said, “It is Ashura … it is not a time for celebration, but for contemplation.”

I must have looked at her in surprise because we were not Shias, and must have been relieved when we did go to the picnic after all. But her comment had awakened my curiosity. I remember asking a million questions as we passed a Shia procession or spotted a beautifully decorated horse on our way to the beach. I also remember my parents answering each of my questions clearly and without judgment. Perhaps, even they did not know it, but in doing so, they were imparting to me, some of my earliest lessons in tolerance, coexistence and respect for another.

Throughout my teenage years, Ashura was synonymous with my mother’s admonitions: “Don’t wear red”, “Don’t play loud music” and “Don’t disturb me during the telecast of Salam-e-Aakhir”. I had found these strictures old-fashioned and promptly ejected them from my life when I moved away. For my mother, however, Ashura remained a time for community-building (she would cook something special to send to the neighbours) and, more importantly, for trying to understand the events that had threatened to wrench the Muslim world asunder so soon after the death of the Holy Prophet (pbuh).

The significance of my mother’s attitude towards Shias only started to sink in over the last few years, as the world around me grew increasingly intolerant and only became starker as I watched with gaping horror, the footage of the Quetta and Abbas Town massacres. I realised then more fully, that in respecting Ashura, my mother was reaffirming the significance of Karbala for all Muslims irrespective of whether they were Shia or Sunni, and in doing so, she was not only making her unique and individual contribution to peace, but also training another generation — her children — to continue making this contribution.

My mother, of course, has no inkling of the public implications of her private beliefs. Her empathy for the protagonists of Karbala — whether it was Hazrat Imam Hussain (RA), Hazrat Bibi Zainab (RA) or the infant Hazrat Zainul Abedin (RA) — stemmed from an appreciation of humanity rather than a reaction to the politics that flowed after the event. She felt, at a visceral level, that like her the martyrs of Karbala were ordinary people, bound to each other by ties of filial love. But she also realised that unlike her, they were special due to their close bond with her beloved Holy Prophet (pbuh), their uncompromising courage in the face of adversity and their resolve to die for their faith.

As I think about the perpetrators of Quetta and Abbas Town massacres, I wonder at the circumstances in which they may have been raised.

And even as I realise that their actions stem from the deep fragmentation, indifference and self-absorption that has come to characterise our society, I also realise that this is not the time for extending sympathy to them, but for standing firm in the call for strong punitive action. Failure to do so on our part will only take us one step closer to the time when they come for us.