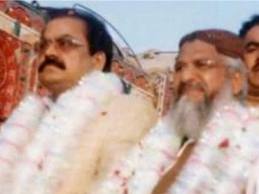 Who lead the mob which burnt down the entire Christian neighborhood of Badami Bagh in Lahore on 9 March 2013?

Who was the imam who declared from the mosque that the Christians should be killed?

The answer: A member of ASWJ/LeJ.

To what sect does the mosque belong?

Can you believe that the police vacated the entire Christian neighborhood twenty-four hours before the attack and Shahbaz Sharif who lives in Lahore was not informed?

Indeed he was privy to the attack to satisfy the bloodlust of the ASWJ/LeJ criminals.

But it is not Badami Bagh only. On 5 August 2009, an entire Christian village of Gojra was burnt down. Several Christian men were burnt alive. It was the criminals belonging to the same ASWJ/LeJ who did that. Then Shabaz Sharif promised action just like he is doing now. But to this day, nothing has happened. The Christians still live in fear. In 2009 too, the police and PML-N leaders and legislators took part in the burning down of the Christian village.

And what about 29 May 2010, the day 100 Ahmadi Muslims were killed by the ASWJ/LeJ terrorists. A few days later, when the Taliban (the mother party of the ASWJ/LeJ) killed Mufti Naeemi, a Brelvi leader, it was Shahbaz Sharif who declared in Naeemi’s mosque, “The Taliban are our brothers!” 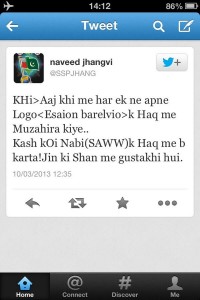 In Gojra Incident The Chrisitan Community had nominated the Ssp, and Shahbaz Bhatti said it loudly.And he was killed by the same banned organization..
Sahib Zada Fazal Kareem,Sarwat Ijaz Qadri and other Brelvis have condmned them for using ahel e sunnat name..

During Shahbaz Sharif’s time, Punjab has seen the worst scenario of human rights violations. Young girls are raped and he meets them and gives them 5 lakh rupees each (of Pakistan national treasury) and the rapists are not nabbed because they belong to his PMML-N. Shias are killed in Lahore, and he and Ameer ul Munafiqeen brother Nawaz Sharif do not even condemn it.

In the end, Nawaz Sharif and Shahbaz Sharif strike electoral alliances and deals with ASWJ/LeJ and other Islamofascists like the Jamaat-e-Islami and JUI (F). Terrorists buy weapons and lethal bomb-making materials in Lahore and kill Shias in Quetta, Karachi, and the rest of Pakistan. Unless these two malicious, evil-minded brothers ate gotten rid of, the road to death in Pakistan will continue to go via Raiwind.