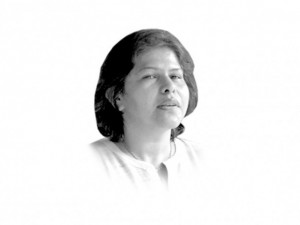 It seems that Balochistan is no one’s responsibility when it comes to dealing with crisis but everyone else’s responsibility when it is a matter of taking critical decisions. Thus, no one wants to deal with the law and order problem but the province’s natural resources are just another matter. Eventually, no one does anything meaningful for the province. One of the biggest examples of the above-cited attitude is the federal government’s signing of a deal with China to develop and run Gwadar port or the MoU signed with Iran for the gas pipeline through Balochistan. Both the projects are great and will hopefully bring some level of prosperity to the region. However, it is the manner in which both actions have been taken, which must be questioned; the federal government signed off control of the port without any major involvement of the provincial government.

Was it that the provincial government was too absorbed in dealing with the Hazara killings of last month and thus it could not attend to such an important matter? Or is it that the federal government thought it was in a better position to negotiate interests? Such behaviour is odd especially after the much-propagated Eighteenth Amendment to the 1973 Constitution, under which major ports and shipping falls under the list of subjects that are shared responsibility of the federal and provincial governments. This means that the Balochistan government should have been included in the negotiations and part of the signing process. Surely, there are many who would draw attention towards the capacity issue. They would argue that a government that cannot protect its citizens, like the Hazaras, does not have the capacity, hence the right, to be part of the process. However, capacities don’t grow on trees and unless people are made to take responsibility, they will never learn. Pakistan’s 66-year history has also been that of crowding out of regions and institutions by the more powerful ones, so in the end things remain where they are because those who are supposed to do the work don’t know how to do it. In any case, there shouldn’t have been any fear of opposition from a fairly pliant provincial government. According to an expert, who works on devolution of power from the centre to the provinces, with a pliable government in Quetta, there was no likelihood of anyone raising any question, so why not include the province just for the sake of appearance. Indubitably, the provincial government’s capacity to protect its Hazara population should not be used to take away its right to decide the use of its resources.

Intriguingly, no federal institution is ready to take responsibility for securing law and order in the province for which everyone, including the highest courts, would like to blame the inept provincial government or the prime minister who does not really control various forms of the security establishment in the country, especially those operating in Balochistan. Raja Pervaiz Ashraf has a lot to answer for but he certainly does not control the various militant outfits like the Lashkar-e-Jhangvi (LeJ) operating in the province. The LeJ operates in Karachi in its various forms — it is running wild in Balochistan and is expanding happily in Punjab and Sindh without anyone stopping such proliferation. Malik Ishaq, who is one of the leaders of the LeJ, sits happily in Punjab with full knowledge that nothing serious can happen against him except for being jailed under the MPO. He knows fully well that the only case in which he was caught was of the murder of an Iranian diplomat in Multan in 1997, and this case was closed by the Supreme Court in 2011. The SC not only released Ishaq but overturned his death sentence by the anti-terrorism court (ATC). Sadly, the case dragged on until the time that the ATC judge giving the sentence escaped the country and the LeJ walked around merrily shooting down each of the about a dozen eyewitnesses who had given evidence in the case, including a senior police officer from Gujranwala, Ashraf Marth.

Now, the security agencies happily hide behind the artificial classification of ‘controlled’ versus ‘uncontrolled’ LeJ. The narrative being popularised is that there is a good LeJ headed by Ishaq that sits in Punjab and is friendly to the Pakistani state versus the LeJ International (al-Alami) that is stationed in North Waziristan and attacks the state and its citizens. However, it is also very odd that the intelligence agencies and the security establishment has not done a thing in using Ishaq to negotiate with the bad LeJ as was done during the attack on the GHQ in 2009. Ishaq was flown in to buy time from the assailants to secure senior army officers stuck in the headquarters. The larger argument is that the good militants are used to negotiate with the bad militants. Intriguingly, this is the same formula suggested for Afghanistan in some of the papers written and supervised by the establishment types and sold to the public as consensus document.

Those buying into the ‘good’ versus ‘bad’ militant argument forget that the LeJ and other militants have always been and remain conduits of state actors. Pakistani scholar and former police officer Hassan Abbas’s book Pakistan’s Drift into Extremism (M E Sharpe, 2005) is essential reading to understanding some of the connections. The author lays out the connection between our prime intelligence agency, America’s CIA and the LeJ in the killing of an Iranian diplomat in 1997. There was a money trail from the US to the LeJ’s Riaz Basra responsible for the killing. Leafing through the book, one is forced to think if the same logic or relationship prevails now. The LeJ in Balochistan could happily take cover of the shared suspicion of Iran by Islamabad and Washington to kill the Hazaras that many in the Pakistan establishment consider as being close to Iran or (even trained by the neighbour). A similar suspicion of the above linkage in the 1980s had resulted in a Shia massacre in early 1988 in Gilgit-Baltistan, which was then suspected of becoming too autonomous of the state and going under Iranian influence.

Sadly, with no one taking responsibility of security and foreign policymaking, the Hazaras and Shias or other minorities may continue to be killed.