“Before the beginning of the Arab Spring, we were a voice for change…a platform for critics and political activists throughout the region. Now, Al-Jazeera has become a propaganda broadcaster.” 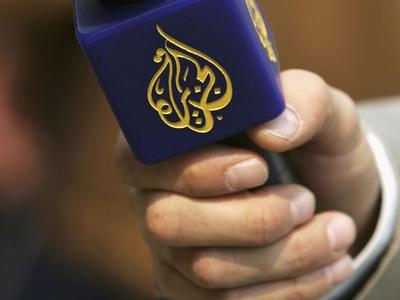 Since the commencement of the War on Terror and the subsequent media focus on al-Qaeda and bin Laden, Al-Jazeera has become a household name. The emergence of this channel is seen as a breath of fresh air by many, in that it provides much needed balance to the public debate and offers alternative views in a world dominated by western media discourse.

The fact that the channel is owned and tightly controlled by the undemocratic and authoritarian Qatari royal family, that jails independent journalists who criticise the regime at home, seems to have gone unnoticed and ignored by many. But since the start of the Arab Spring, that is slowly starting to change.

According to an article that appeared in the German magazine Der Spiegel, many leading journalists and TV anchors have started to leave the channel in recent months. According to one of those that has recently left, the German based Aktham Sulimen, “Before the beginning of the Arab Spring, we were a voice for change…a platform for critics and political activists throughout the region. Now, Al-Jazeera has become a propaganda broadcaster.”

According to another Beirut based correspondent, “Al-Jazeera takes a clear position in every country from which it reports – not based on journalistic priorities, but rather on the interests of the Foreign Ministry of Qatar……In order to maintain my integrity as a reporter, I had to quit.”

In truth, Al-Jazeera was never an independent media outlet and always had a political bias.

I can remember watching its Arabic language coverage of the revolution in Egypt and noticing that it dedicated two hours to a rambling speech by Muslim Brotherhood-allied cleric Yusuf al-Qaradawi, who also happens to be based in Qatar. The speech didn’t even attract a large crowd in Egypt and was largely irrelevant to what was happening on the streets. It was merely propaganda for the Muslim Brotherhood, which did not lead the revolution but is close to the Qatari royal family.

The only reason al-Jazeera supported political dissidents pre-Arab Spring was because the Qatari royal family opposed secular dictators such as Mubarak and Gaddafi. Not because they were dictators but because they were largely secular and despised the clout Qatar sought to wield. Support for dissidents in this context was not about love for freedom and openness, but motivated by a desire to undermine regimes the Qatari state viewed unfavourably.

Since the Muslim Brotherhood has come to power in Egypt, Al-Jazeera has done all in its power to portray the group in a favourable light. Protests against the Brotherhood-dominated regime are presented as being led by violent thugs with no political grievances, while Morsi’s poorly constructed and shallow speeches are given positive coverage.

In many ways, Al-Jazeera’s approach is similar to that of the British far-left in that its commitment to principles of justice and fairness only apply when it is dealing with governments or peoples disliked. To extend the analogy, people also often take it at face value simply because it seems to represent the other side of the argument.

Regardless of the this collapse of credibility, with supposed luxury working conditions, bureaus around the world, and a recent $500 million investment in the US, Al-Jazeera is on the rise. Backed by Qatari petro-dollars it will continue to broadcast its hopelessly biased coverage of events in the Middle East, while portraying itself as a champion of free-thinking and journalistic independence.

Yet, as resignations of journalist and correspondents continue and public criticism increases, the reality of its political agenda will become harder to conceal.