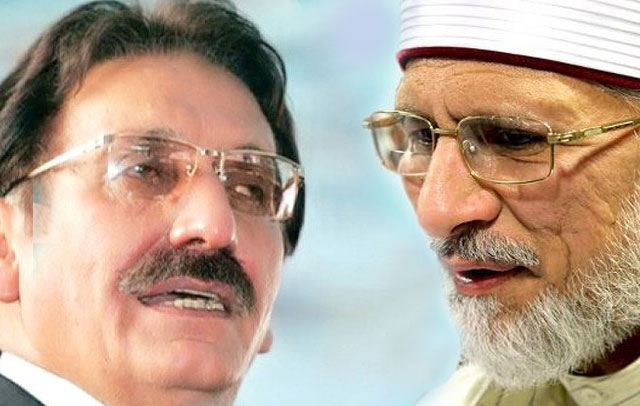 Where the pale, crude and baleful desserts of Arabia have on their record life abducting tales and soul snatching allegories, they also are the home to the ambrosial folk of “Laila Majnu.” The millennium old legend of how a lover lost senses in his quest for the one he loved, has managed to captivate listeners to date. The shine of this miraculous love story still glitters the eyes of love birds.

Though being a pedestrian of the aisle of love myself I personally never fell into this Arab legend and for one reason only. This single reason has kept me suspicious of the veracity of the story. The legend narrates an incident in which Qaees alias Majnu was seen kissing and licking a stray dog on the road. People came up to him and said “O mad man do you not know that this animal is a filth.” “Verily I do” replied Majnu “but this is the filth of Laila’s street.” For years after years my ears heard this tale but this particular incident stood a hurdle before me believing it. For me it was impossible to imagine that if a man does in his conscious regard dog as a filthy animal than how come it’s mere belonging to a street compel him to lick it around but thanks to the beloved Supreme Court of Pakistan that today I finally understood Majnu and his love.

In order to argue a petition filed on 7th day of February 2013, “Maulana” or if it offends him “Dr.” Tahir ul Qadri appeared in person before the Supreme Court of Pakistan’s 3 member Divisional Bench headed by the Chief Justice Iftikhar Muhammad Chauhdary (No way is he letting go any case which can shower publicity upon him). Before Mr. Qadri could proceed with his arguments and plead the reconstruction of the Election Commission of Pakistan, the Chief Justice asked him of his nationality. Astonished Qadri replied that he is a dual national of Islamic Republic of Pakistan and The Dominion of Canada. The Chief Justice, who apparently had come with arsenal along, read out the Citizenship Oath of Canada in which allegiances to Queen Elizabeth II of Canada is sworn. The Chief Justice remarked that haven taken such an oath how can a person be eligible of filing a writ petition on matters of public interest and parliamentary matters. [The Justice in the heat of the moment even said that he takes an oath of allegiance to foreign country he cannot be the Chief Justice of Pakistan but he surprisingly forgot that many of his juniors or his soldiers (Khawaja Shareef’s attribution) in the lower and superior judiciary hold a dual nationality. The matter was brought to his notice by Sr. Advocate Supreme Court Waseem Sajad during the course of arguments in the Dual Nationality Case to which he replied this matter is irrelevant.] Mr. Qadri was then asked to prove his eligibility in this regard. Dr. Qadri insisted that this matter is irrelevant but the Chief Justice was staunch on the point that it is he who shall be deciding what is relevant and what is not.

The proceeding today was crystal clear, Dual National according to the Chief Justice was a filthy dog who dare not enters the sacred grounds of Public Interest and Parliamentary Matters. A Canadian Oath transforms a Pakistani in a horrific breed an evil for the hallowed grounds in short a persona non grata but just as I was about to applaud the Chief Justice for the just-full stand he took that memory of mine played the party spoiler again.

Not too long a go another dog, another dual national and another bearer of true allegiances to Queen Elizbeth II of Canada had taken to the Supreme Court. The matter then was the hot cake of the Men in Brown, the apparently tagged memo-gates scandal. As stooges of the ISI in the media had created just the appropriate environment and the branded the President of the Islamic Republic of Pakistan, Commander-in-Chief of the Armed Forces, Symbol of the Unity of the Republic and the Third Pillar of the Parliament President Asif Ali Zardari a Traitor for his alleged nod in writing a memo to the U.S authorities about a possible coup, a Canadian National by the name of Mr. Shafqatullah Sohail wrote a letter to Chief Justice of Pakistan. The 19th November 2011 dated letter was an eminent portrayal of the Khaki desires. The letter was full of swears and abuses for the political leadership of the country and full of praises for the men with boots. The author was shivering with the thought that these bloody civilians would hand the country over to the enemies and that members of his family in the armed forces would be in danger. He thus requested the Chief Justice to convert his letter into a constitutional petition and bring the President of Pakistan to trial.

What happened than was not what happened now, the plea of a Canadian National, a bearer of allegiances to a foreign land and a holder of Canadian Oath was accepted, the letter did turn into a constitutional petition and all efforts were made to hang the President. What astonishes me is that how come a filthy dog was allowed to howl in the sacred corridors then when it cannot now, how was a filthy dog allowed to interfere in matters of Public Interest then when it cannot now and why was a filthy dog kissed and licked then when it is being pushed away now.

With not wise men at assistance I drew perpetuate answers to my queries my self:-

I.      The fragrant letter of Shafqatullah Sohail was not just filled with vulgar abuses to the politicians but had another eye catching line which the Qadri petition does not posses “Please Find Enclosed A Blank Cheque In Your Name For The Expenditures That Shall Take Place On This Case.” This very line turned the tables for Shafqatullah, may be an entry of this line can make the Qadri Petition admissible in the Supreme Court.

II.      Shafqatullah Sohail’s letter asked for a direct execution of the PPP, the eye blister of the Chief Justice. Qadri’s petition lacks this direct assault and tends to target the ECP. “No PPP execution=No Interest by The Judiciary” may be the equation is not balanced in the Qadri Petition

III.      May be Nawaz Sharif was on the same sides as was Shafqatullah Soahil in 2011 that made the Chief Justice kiss the puppy of Lailla’s street, unfortunate Qadri misses ties with Laila Shareef thus inviting wrath of our Majnu.