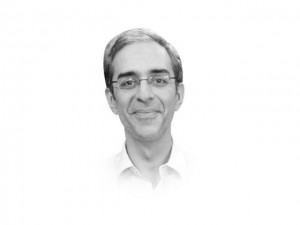 The writer is editor of The Express Tribune Magazine zarrar.khuhro@tribune.com.pk

On April 21, 1996, Chechen separatist leader Dzokhar Dudayez was killed by missiles fired from a Russian aircraft. The missiles had locked onto signals from his satellite phone and homed in on his location.

In June 2006, a US airstrike was carried out on a house in which Abu Musab al Zarqawi, the leader of al Qaeda in Iraq was staying. His location was determined by human intelligence, as well as by tracking his cell phone and those of his known associates. In November last year, Mullah Nazir was killed in a drone strike, his coordinates apparently tracked by a chip installed in a digital Quran gifted to him.

On February 5, 2013, the Tehreek-e-Taliban Pakistan (TTP) spokesman Ehsanullah Ehsan spoke via telephone on Mehr Bokhari’s show on Dawn News. By the time, Bokhari signed off with “thank you very much for speaking with us, Mr Ehsan”, he had been on air for several minutes. I’m still waiting for a drone, or an artillery barrage, or an F-16, or even a carefully thrown rock to rid us of his odious presence. Odds are I’ll be waiting a long time.

I don’t expect any better from Bokhari, who has made a career out of pandering to radical conservatives. Ehsan isn’t Salmaan Taseer after all. I don’t expect morality-obsessed Pemra to take notice of her allowing the representative of a banned organisation a prime time slot; Ehsan wasn’t swaying to a Bollywood tune after all.

But I do expect the leaders of a country, the citizens of which have been slaughtered by the said organisation, to take note, and take action.

The greater burden must fall on the military, which bears the historic responsibility of having supported such groups and creating the conditions that allow them to thrive. It is incomprehensible that an army that has been repeatedly attacked by the TTP is seemingly incapable of taking decisive action against its leadership. Some will argue that the TTP are still considered ‘assets’, but it is beyond my admittedly limited intellect as to how those who behead soldiers can be considered assets. Being Machiavellian is one thing, but this is just myopic. The military says it wants consensus among the civilians, which on paper, sounds all fine and dandy. But this is a country in which consensus was not sought when destabilising and toppling elected governments. Nor is this consensus sought when launching operations in Balochistan. Is the Baloch Liberation Army more banned than the TTP when it comes to both airtime and attacks?

For the civilians, consensus is also a fig leaf. The buck of responsibility is passed onto parliament time and again, in the knowledge that no one is willing to take ownership of tackling Pakistan’s greatest existential threat. Leadership does not mean that you have a referendum every time an important issue has to be decided. It means that you have to lead, regardless of the fallout.

Barring the Swat operations, neither the military nor the civilians, have even attempted to mould public opinion in favour of acting against the Taliban. The propaganda campaign that was unleashed in the wake of the Kerry-Lugar Bill, the Memogate affair and the Salala attack is nowhere to be seen when it comes to building a consensus on taking on the murderers. When it comes to the government, it is clear that it does not want to spend any of its dwindling political capital for this cause, no matter how important it may be. The fate of the brave Bashir Bilour is there for all to see, after all.

Worse still, you have parties actually providing ideological space to the Taliban. Those named by the TTP as possible guarantors have dodged the bullet, not by contemptuously rejecting the offer but rather by pointing at the government’s ‘lack of credibility’ and begging out of the job. The implication, of course, is that the TTP are perfectly credible. And why not? Out of all the forces working in Pakistan, they’re the only ones who seem to have a clear agenda. The rest of us have surrendered without a fight.