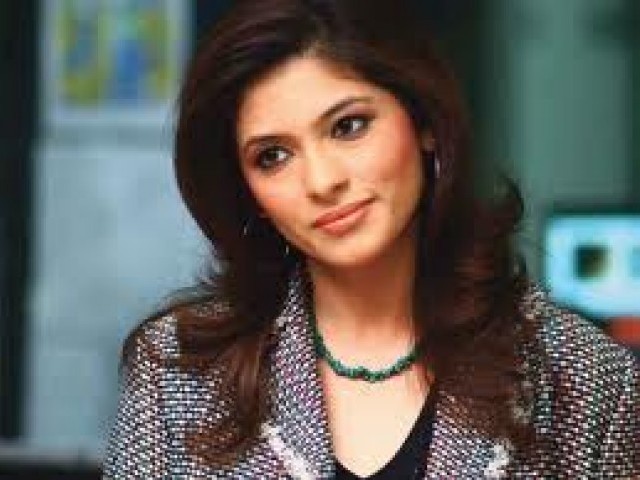 We need to stand up to these so-called ‘educated’ but otherwise unethical anchors who show up in western dresses, speak confident English but in fact have a very conservative and bigoted agenda.

My name is Dr. Khan and I am a morality terrorist. I drop into massage centers with a microphone and the police following me like a puppy. I am so convinced in my pants that I can single-handedly interrogate people who are apparently running a “sex” centre. Don’t you dare tell me that you don’t know what a pregnancy test is because I am a medical doctor, certified to be rude!

Dr. Maria Khan televised an on-camera raid on a massage centre in Punjab Colony, probably a neighbourhood in Karachi. She was convinced from the first instance that it was a “sex centre” and not a “massage centre.” The anchor kept repeating: “Mujhey pata hai yahaan kya hota hai!” (I know what happens here). Well, everyone knows what happens in a massage center. The simple answer is: massage. And if something more than that happens, how did Dr. Khan find out? Was she inside the room when the ‘illegal’ activities were going on?

Even if the massage centre under Ms Khan’s scrutiny was a brothel, her raid should not have been televised. Revealing the faces and identities of the people present there was highly unethical. Above all, a TV anchor has no moral or legal right to search a house, interrogate people and declare them criminals. This is the job of the police and the courts. The role of the police in this episode needs to be questioned, because actually they were helping her with her illegal activities – i.e. televising privacy.

Khan finds locked bedrooms, regards them as rather suspicious and breaks them open. Firstly, one has to bare some parts of one’s body to get a massage so it is fair to lock the door. Secondly, doors are locked to get some privacy and security. It doesn’t necessarily mean people are having sex inside. Moreover, she didn’t even find anyone in these rooms.

Dr. Khan also discovered alcohol there. Is it is the job of medical doctors and TV anchors to search for alcohol in massage parlors? And can foreigners, like a Chinese lady, not legally buy alcohol in Pakistan? My personal favorite is when Dr. Khan recovered a condom from a bag, tossed it into the Chinese woman’s face and asked: “What is this?” Well, who can answer this question better than a doctor? Furthermore, we should ask Dr. Khan: “What kind of an anchor searches people’s purses and asks them why they have condoms in it?”

Dr. Khan’s Gabbar Singh manifests fully. She loves bossing around and giving orders. She doesn’t even spare the police.

“Kya hu raha hai aisa ju lock lagana para?” (What were you doing that you had to lock the rooms?)

“Yeh apku utha kur ley jayengey!” (These guys will pick you up and take you away!)

The last threat Dr. Khan repeats several times. The camera films every face as she arrogantly interrogates. There is no attempt to blur the faces or hide the identity. And then Dr. Khan asks the kid a golden question – “Yahan pur sex hota hai?” (Sex happens here?) Well, how would the kid know? Was she in the rooms? And wasn’t Dr. Khan saying from the very beginning that she knows what happens here? Then why ask the child? Kya yeh khula tizad  nahi? (Is this not a contradiction?)

She then harasses a young worker to admit that sex does happen there. I can assure you Dr. Khan, if you push a camera in your own housemaid’s face, intimidate her with your microphone and English, she will also admit to everything you put in her mouth. Khan then takes the liberty to call the girl’s father and asks: “What kind of a father are you, who forces his daughter into prostitution?”

But the girl says she has been working for two days and no one has visited the massage centre during that time. And massage itself isn’t prostitution. So why was it assumed that the girl was a prostitute?

We need to stand up to these so-called ‘educated’ but otherwise unethical anchors who show up in western dresses, speak confident English but in fact have a very conservative and bigoted agenda. Meher Bokhari is another one such case. Most want to become rich and famous by tapping on the popular sentiment- no matter how flawed the sentiment is. The Express Group should be fined for this show, the show and anchor should be removed. Since the producers and the production team planned this intrusive and illegal raid – they should also be fined and tried in the court.

Hopefully, people apply this “massage centre is sex centre” equation to all the massage centers around. The show’s name should be changed from Baat se Baat to Baat ka Batangar.