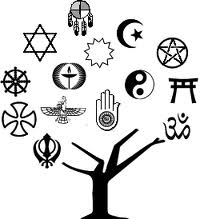 First week of February of every year is celebrated as “week for religious interfaith harmoney”all over world.And 4th February of every year a social organization “BAITHAK”organizes a religious cultural Harmony festival in old historical colony “Khuram pura” of district khanewal of southern Punjab.In this colony wretched of earth ,very poor and always ignored class having Christian religious background lives.This festival always proves for me food for thought because here I meet people having different religious beliefs and different ethnic and lingual background but they all believe in composite formation of culture of subcontinent and in diversity and they all are against monolithic mode of thinking.They believe in liberal and secular essence of religions and reject monolithic and exclusive interpretation of culture and religions.Khanewal is very remote and small town but unfortunately this town is going toward extremism and fundamentalism for many years.Changes in this city started in 80,s when General Zia ul haq imposed Martial law and sacked elected Government.Militant and so called jihadi organization made focus of their activities various southern Punjab,s cities in that era including this town.Shahzad Francis and his other comrades who work for interfaith harmony grew in such environment where distance between religious communities was growing.Extremism and fundamentalism based on exclusive identity and monolithic interpretations were in full swing.Result of this was” tragedy of Shanti Nagar”(a colony of Christian community was set on fire due to fake blasphemy blame).Not only divide between Christians and Muslims grew but among Muslim community conflict along sectarian lines came on surface.

In such charged environment there were some persons like Jacob Francis and Samuel Sahib who stood against negative and destructive trends.Jacob Francis is that person who got his masters degree from U.S.A and had many chances of making his life in Europe or U.S.A.But he came back in Pakistan and chose Khanewal for his service as teacher in School of very small village.Where he polished many young students including Shahzad Francis.Another personality is Samuel Sahib who also chose primary and high school education despite having higher education.He also wage a war against illiteracy among wretched of earth.Bother are not only teachers of those shining comrades like Shahzad Francis and Sarfraz clement who are now very active for peace and harmony but mentor of such young social activists.Jacob Francis belongs to “Khushak pur”village which is birth place of many great educationist like Dominic Mughal and this village is also birth place of Shehbaz Bhutti who sacrificed his life for liberalism and secularism in Pakistan.

How I introduced to Shahzad Francis ?This is very interesting story.I was attending a meeting in district council Hall of Khanewal,where I saw a young man protesting against negative remarks made by Muslim cleric against minorities who called all minorities traitors and agents of imperialism.Reaction of his protest was that mentioned cleric had tried to instigate Muslims audience against that young person.So I came forward for his defence and I gave very tough time to that cleric.After that meeting I met that young person then I had come to know that he had Shahzad Francis.He told me that he had known me already.Actually he had attended many sittings in a coaching center where I and my other friends had used to sit.In that coaching center me and my friend Waqar Aslam Baluch taught many Usamas and Masab alzarqavis of that time who are now serving in Public cervices departments of Pakistan.Such Usamas and Zarqavis were against our radical sharp thoughts on society but forced to get lesson from us to pass the exam of public service commission.That was place where first time Shahzad saw me and Waqar Aslam and introduced first time those thoughts again which were taught first by his father and Samuel Sahib.Then he and his comrades decided to set up an organization for peace,harmony.This idea was actually of his Father and Samuel Sahib.Shahzad tried to reach lower layers of society and to break stagnation at gross root level.He and his comrades worked among downtrodden people and made a base of his ideas in lower layers of society.He involved persons from different religious background and proliferated message of peace in negative environment.It was not easy task and still is very difficult.It becomes more difficult when you belong to such community which is in minority.During such struggle Shahzad faced very tough time but he did not lost his courage.He worked without any fear.With passage of time Shahzad groomed more and he closed more enlightened and rationalist Philosophy.I am very happy to see him relating ideas of liberty,peace and others with class philosophy.He never ignored the role of imperialist global economy in proliferation of sectarianism and monolithic philosophies and ideas.He worked and performed better with rare sources as compared to those non governmental organizations who get more funds but performed nothing.And mostly such organizations in fact served for imperialism and corporate mafia.

At that cultural festival I saw dozens of young men and women who performed there and expressed their devotion for liberal and progressive thoughts.I was some depressed on that day due to weak response of our society against imperialist war and growing militant sectarianism.when I warned audience of that festival of religious and ethnic civil war in our society then many young women stood during my speech from their seats and they lit candles for peace and showed their passion for peace and intention against extremism which gave me courage.Akrum Khuram who is human rights intellectual activist also made very impressive speech.Syed Karrar Haider Shah who is youth leader was in that festival.Local musicians,Young dancers,singers and artists performed well.Those were not famous more and did not get training from any institution but learnt their arts from those mentors who live in the streets of this small and remote town and are rays of hope in growing darkness.