The Shia dilemma: Exploitation by Iran and Genocide by Saudia – by Nadeem Rizvi M.D. 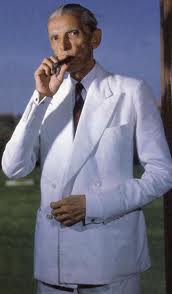 It is sad and extremely disturbing to hear news of Shia genocide in Pakistan without skipping a day. Genocide by Takfiri elements being patronized by so called rouge elements of Pakistan army, right wing politicians, intelligence agencies and Saudia Arabia. It is not the first time that Shia are being targeted and killed in Islamic world. If you look at Islamic landscape, you will find complete annihilation of Shia from certain geographic areas where they once existed and even ruled. Shia extinction from Fatimid country encompassing present day Egypt, Palestine, Libya, Algeria & Tunisia was not done by any foreign power or crusader. Instead Fatimid rule was brutally brought to end by Sunni hero Saladin who is famed for his mercy to christian crusaders. Saladin massacred thousands of Shia for their infidelity pronounced by the most prestigious Shiekh and muftis of that time and literally terminated Shia from North Africa. If you search history you will find that these decrees of infidelity were laid only on the pretext of unity of Muslim Ummah. Ummah or community who always felt threatened by the Shia and considered them dissenters or heretics. These allegation are still being laid against oppositions in Muslim countries like Saudia Arabia but Shia are the easy and unchallenged target in conservative Islamic society.

26 responses to “The Shia dilemma: Exploitation by Iran and Genocide by Saudia – by Nadeem Rizvi M.D.”