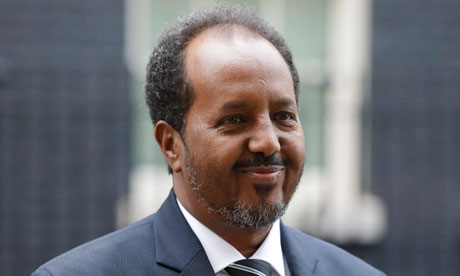 The Somali president, Hassan Sheikh Mohamud, in Downing Street. William Hague raised the rape case with him on his visit to the UK

Editors note: The views expressed in this article are of the independent contributor, LUBP does not endorse them. LUBP does not condemn all Islamic laws to be evil. We believe in freedom of expression and open discussion.

This item plus the episode of the cleric who killed his daughter in Saudi Arabia show that Muslims’ worldview continues to be driven and dictated by men’s interpretations of Islam. Men have defined all along and continue to define the laws that are supposed to be in the best interest of Muslim societies with no regard to the best interest of half of their population – women and girls. It is a pity that even today these laws continue to support and uphold male privileges and to impose women’s suppression and subjugation. There are almost 80 various versions of Islam and the majority of those versions of Islam have one thing in common and that’s the Quran’s teaching that women are worth half the value of men and women are the property of men.

Islamic laws are a tool to marginalize women in both the public and the private spheres. These laws embrace polygamy, the wife’s expected obedience and sexual availability to her husband, man’s call on children and far easier access to divorce etc. because women are the main victim of adultery sentences as men often escape for the lack of evidence. In large swathes of Pakistan, which is a republic, men have the power of life and death over their women. Honour- killers usually escape punishment (can anyone tell me when was an honour-killer hanged in Pakistan?) and the ones that are tried and convicted, receive only a few months in prison where they are treated like heroes by other inmates just a notch below the killers of Non-Muslims and Ahmedis and now Shias too. Even women who have been raped are killed for defiling the family honour. This one in Somalia seems luckier on that count.

In many Muslim societies, women’s empowerment has become more a symbol of political and cultural loyalty rather than a sincere attempt to redress the injustices against women that continue to prevail in Muslim societies. Hence many people regard the efforts for women’s rights as part of the Western designs against Islam. Conservatives cleverly equate the calls for women’s rights with what is considered as problematic and immoral in Western culture. Common Muslims should remain wary of this line of argument because to accept the struggle for women’s liberty as a Western concept is to forfeit the women’s rights and gender as the West’s property rather than a preoccupation of egalitarian Islam. All open-minded Muslims must publicly recognize the oppression of Muslim women and reject the way of life built on hiding and silencing women. A way of life in which most feminist progress is attacked as the cultural arm of imperialism to destroy Muslim cultural identity and to undermine the religious foundation of family and society. The mullah should not be allowed to undermine the women’s emancipation in the contemporary age by labelling it as the West’s efforts to corrupt Muslims’ social and religious culture or by proclaiming it as a drive for immorality aimed at sexual promiscuity for women. This blind defensiveness should not be allowed to prevail.

Liberal Muslims should be critical of sexist interpretations of Islam and patriarchy in their religious communities while the rest of world has grown beyond patriarchal social structures. A Muslim’s commitment to his faith should not be an obstacle to his commitment to women’s rights. Muslims should also be willing to challenge and change the exclusively male constitution of institutional Islam. Bring on women Ayotullahs, Imams, and ‘exegetists’. Only then will Islam as a faith be able to redress male bias of its inherited legacy.

Today’s Muslim must ask himself that whereas Islam exerts absolute power over every aspect of Muslim society, from diet to relations between the sexes, why has it failed in fourteen centuries of its existence, to eradicate injustices against half of its adherents