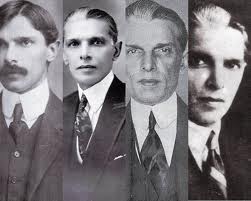 Sometimes a word or a sentence “clicks” in the mind and lights up or brighten everything; things that are very confusing become clear in no time.

I do remember one such incidence. In early days of President Musharraf, when he had visited Turkey and praised Kamal Ata Turk, secularists started debates in Pakistan for different things like repealing the blasphemy law etc. They might be hoping that during that regime they might be able to bring about some change in Pakistan just like modern day Turkey.

One issue among those was that whether Pakistan should be an Islamic State or a Secular State. They used Quaid-e-Azam’s speech of 11th August 1947 to support their idea of making Pakistan a secular state.

In those days, I was discussing it with someone and I mentioned that people say that Quaid-e-Azam had said such things in his speech that show that he might be thinking of a secular state. He asked me just one question in reply and that question enlightened me and cleared up all the confusion.

Was Quaid-e-Azam a prophet?

This question made it clear to me that we should take guidance from the Holy Prophet (p. b. u. h.) and see what his teachings are for a state. After that, I think, there is no room for further debate whether Quaid wanted a secular state or an Islamic state because we must do what the Prophet (p. b. u. h.) has asked us to do.

But I also think that the Quaid did not want a secular state (in the sense that the secular state does not take religious teachings in considerations for running its affairs) because at many other occasions he clearly said that we must take guidance from Islam. He was actually against a Theocratic state. To me, what he meant in his speech was that of tolerance and harmony within the state among different races, religions, and religious sects.

But even if Quaid did want to make a secular state then we still take guidance from the Holy Quran, which says:

O you who have believed, obey Allah and obey the Messenger and those in authority among you. And if you disagree over anything, refer it to Allah and the Messenger, if you should believe in Allah and the Last Day. That is the best [way] and best in result. (4:59)