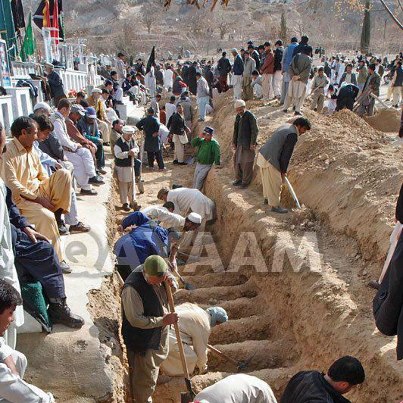 The Graves await the Bodies, the extraordinary protest continues unabated in Quetta.

It is time to but a stop the extremist groups. If the State of Pakistan cannot do it or if the Army lacks the resources, World Shia forum would like to recommend that local self defense force be allowed  through court order or Act of parliament. We suggest that such paramilitary force be comprised of local affected people, such as the Hazara Shia for Quetta, the Parachinar Pathans for Parachinar and so on. The Army should provide training and logistical support.

The government should not negotiate with the Takfiri Deobandi Millitants of Sippah Sahaba Talibaan (ASWJ LEJ SSP TTP) and allow the Shia Muslims to protect themselves.