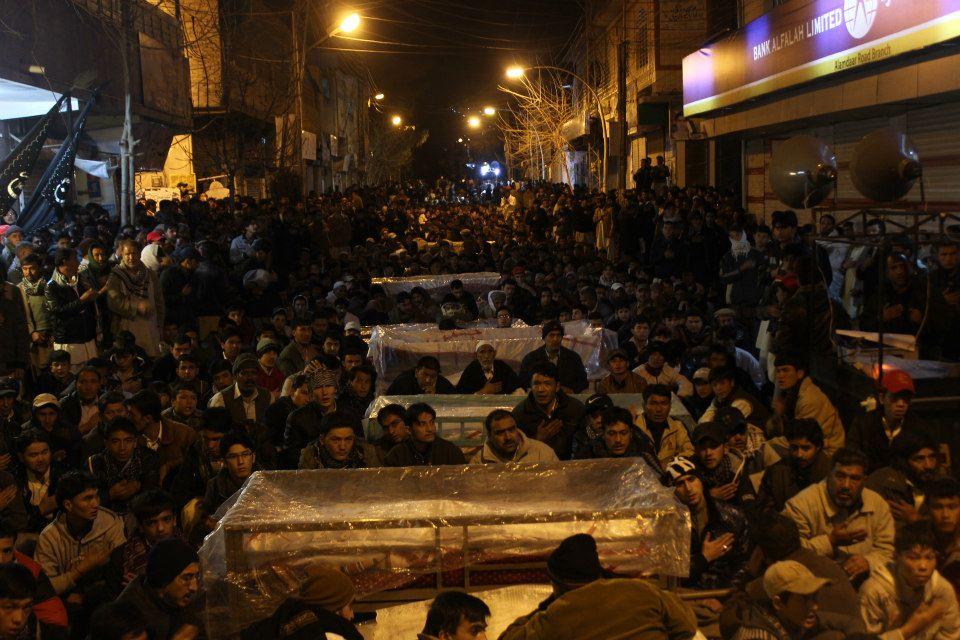 Thousands of Shia Muslims including Hazara and non-Hazara Shias are currenlty staging a sit-in in Quetta against Shia Genocide by Deobandi militants in Pakistan. More than 80 dead bodies remain unburied.

After a day of tragedy (10 January 2013) in Quetta in which over 100 Shias and more than 10 Sunnis were killed by Deobandi militants (Sipah Sahaba aka ASWJ) and more than 200 wounded, Shias have staged a sit-in protest for indefinite period (Source: BBC). A big number of women and children are also participating in it. The protest was called after local Shia leaders decided not to bury the dead unless their demands are met.

According to Human Rights Watch (HRW), “The Pakistani government’s persistent failure to protect the minority Shia Muslim community in Pakistan from sectarian attacks by Sunni [Deobandi] militant groups [Sipah Sahaba Taliban aka LeJ-ASWJ], is reprehensible and amounts to complicity in the barbaric slaughter of Pakistani citizens, Human Rights Watch said on Thursday. The government should immediately hold accountable those responsible for ordering and participating in deadly attacks targeting the Shia across Pakistan and particularly the Hazara Shia in Quetta, the capital of Balochistan province.”