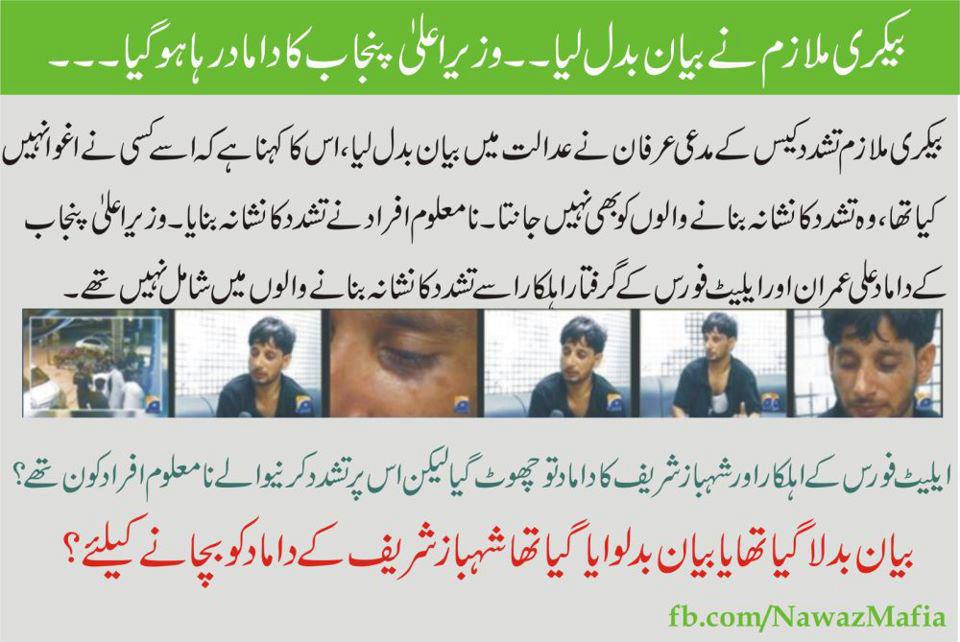 LAHORE, Dec 22: The complainant and victim of Defence bakery torture case on Saturday told a judicial magistrate that Ali Imran Yousaf, son-in-law of Chief Minister Shahbaz Sharif, and his Elite Force guards were not their accused.

Complainant Muhammad Umar and victim Irfan in their statements said the nominated accused in the FIR, including Yousaf and others, were not the real culprits. Irfan said nobody had kidnapped him nor did he recognise the persons who beat him up.

However, he said, the nominated accused (Elite police personnel) were not those who tortured him.

Both Umar and Irfan told the magistrate that they did not want any proceedings against Yousaf and others. The magistrate adjourned hearing till Jan 9.

Rana Asadullah Khan, counsel for Yousaf, told the media that acquittal application would be filed on next hearing.

Defence-B police had registered a case against Yousaf and his seven security guards after a CCTV footage of the incident was aired by television channels. In the footage the guards of Yousaf were seen torturing an employee (Irfan) of a bakery in Defence area. Irfan had refused to deliver a cake to a woman customer, stated to be Yousaf’s wife. Yousaf had courted arrest after the chief minister directed him to join investigation.

Later the accused were granted post-arrest bail by the court. 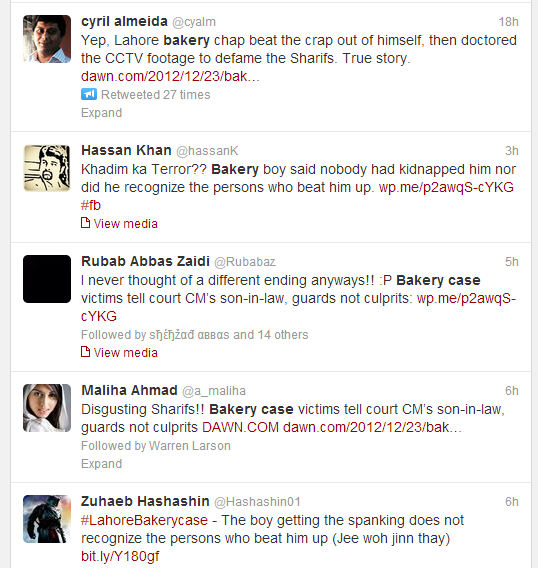