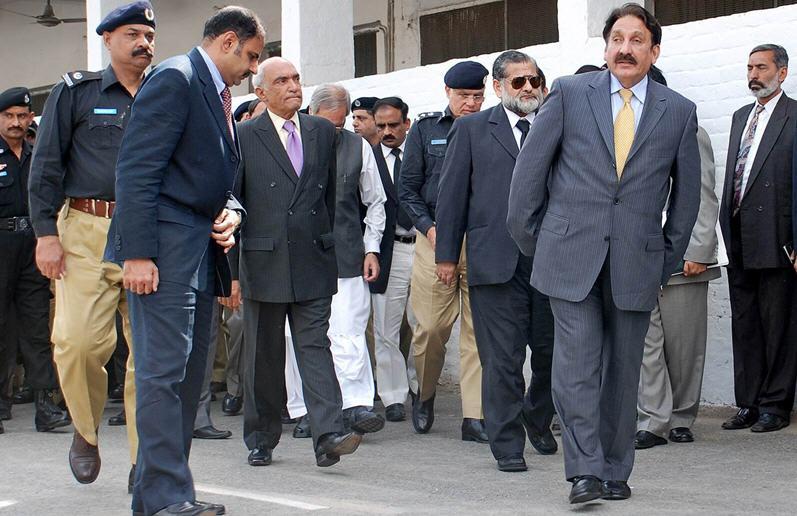 Before the Supreme Judicial Council, Supreme Court of Pakistan.

Request for Reference against the respondents under article 209 (Information under Section 5(1) of the THE SUPREME JUDICIAL COUNCIL PROCEDURE OF INQUIRY, 2005)

10. It is submitted that the respondents disregarding the decision of a bench of Supreme Court in Criminal Original number 43 of 2011 wherein the Complainant was acquitted referred the same case to NAB for second trial on the same set of facts which is malafide, a misconduct, deliberate and willful violations of human rights guaranteed under constitution of Pakistan. Obedience to the constitution and laws is inviolable duty of every citizen of Pakistan wherever he may be under the article 5(2) of the Constitution which they deliberately avoided.
Therefore, in view of above submissions, an appropriate action under the section 209 read with rules may kindly be initiated to look into the conduct of honorable respondent judges and take appropriate necessary action in accordance with law.
Tauqir Sadiq
96 F Model Town Lahore
Tauqirsadiqexchairmanogra@yahoo.com
1-9-2012
Copy to:
1. President of Pakistan
2. Prime Minister of Pakistan
3. Chief Justice Of Pakistan
4. Federal Law Minister of Pakistan
5. Federal Secretary of Law Pakistan
6. Attorney General of Pakistan
7. Registrar Supreme Court of Pakistan
8. Secretary Supreme Judicial Council of Pakistan