In Pakistan’s history, no other newspaper has published pro-Islamist terrorism and inciting to violence reports than daily Ummat. The Ummat is an Urdu-language, Islamist newspaper published From Karachi, Pakistan. The Daily Ummat was first published by Salahuddeen, a pro-Jamaat-e-Islami Deobandi journalist of Pakistan during mid-1990s. The seed money to start Daily Ummat was provided by the Al Qaeda, Jamaat Islami and ISI. Salahuddin was one of the recipients of the ISI black money distributed to right-wing political leaders, clerics and media persons in order to rig general elections in Pakistan against the PPP and other secular forces. However Salahuddeen was subsequently killed by the Sipah Sahaba because of an internal conflict on the distribution of money.

The same group also publishes the Weekly Takbeer and the Monthly Ghazi. In 2012, the chief editor of the Daily Ummat is Rafique Afghan another renowned journalist of Pakistan who is affiliated with Jamaat-e-Islami.

The Ummat is known for contacts with the Taliban, Sipah Sahaba and other Takfiri Deobandi and Salafist groups. The newspaper also published an interview with Osama bin Laden, however, the validity of the interview came under question as the reporter allegedly never actually met Bin Laden, but merely sent written questions to the Taliban government (at that time in power in Afghanistan and facing an attack from the US/UN) and received written replies.

It has a consistent pattern of publishing anti-Ahmadi, anti-Sunni Barelvi, anti-Shia articles, misrepresenting the ISI-sponsored Shia genocide in Pakistan as routine Sunni-Shia sectarian violence, and also drawing a false equality between massive violence against Shia Muslims with an imaginary Shia militancy against Sunnis.

Here are only a few of many examples of Shia-phobia of daily Ummat. We appeal to the government of Pakistan to ban this hate rag in order to maintain the much needed sectarian harmony in Pakistan. 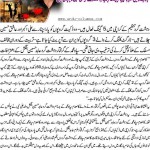