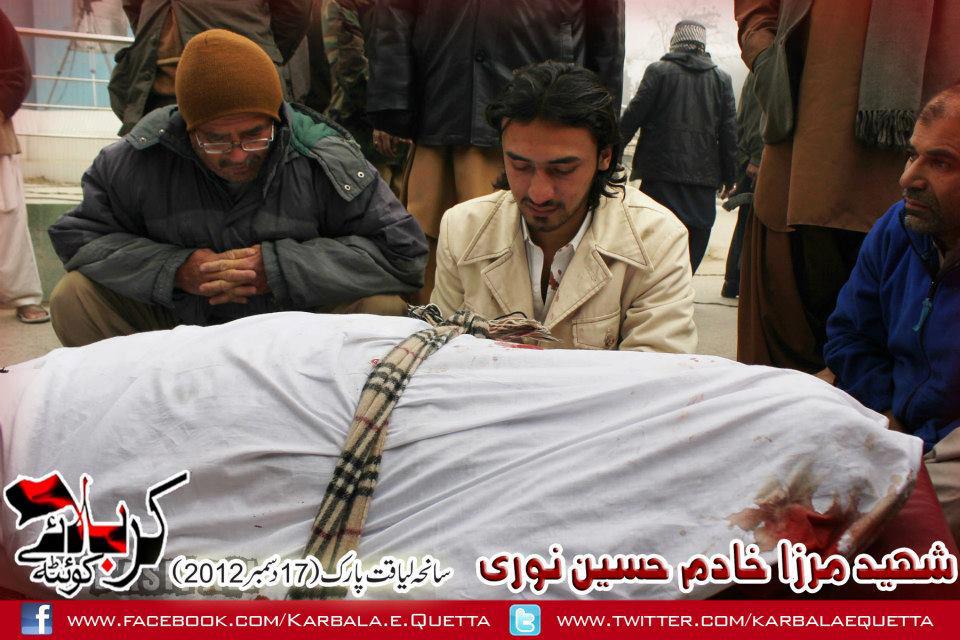 Khadim Hussain Noori’s son at dead body of his father

List of Shias killed or injured in last 24 hours by Deobandi militants of Sipah Sahaba Taliban:

In the meanwhile, Pakistani and international media continue to ignore, censor or obfuscate Shia genocide in Pakistan, continuing to misrepresent it in Sunni vs Shia sectarian, Iran vs Saudi proxy and Hazara specific ethnic terms. Both target killed community (Shia Muslims) and killers (Deobadni militants of Sipah Sahaba) remain unnamed.

On a day (Monday, 17 December 2012) when five Shia Muslims have been target killed within 24 hours in Pakistan, one in Quetta, three in Karachi and one in Nawabshah, BBC Urdu reports only one case and that too after removing the Shia identity of the target killed person. 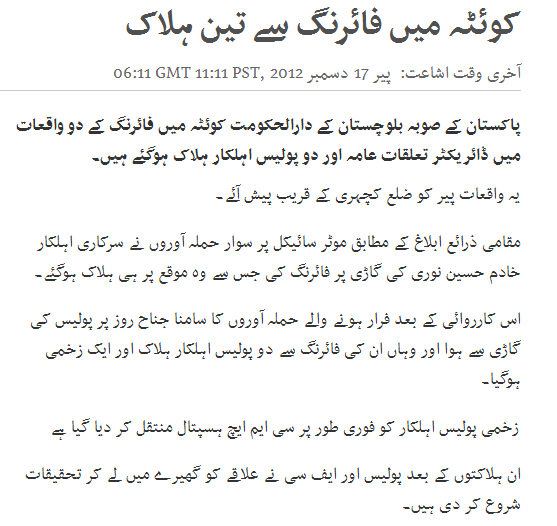 One the same day, BBC Urdu published a detailed report on murder of Hazara tribe in Pakistan, once again removing their Shia identity and obfuscating Shia genocide in ethnic terms.