Home  »  Original Articles   »   Who has stolen our humanity? – by Niaz Betab 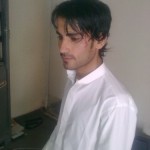 “Sometimes mortals can be more horrible than monsters.”
― Rick Riordan

These words depict very truly and accurately our society of today, where we are indulged in playing such intensely wicked and dangerous games that even monsters avoid. We are so cheerfully and mercilessly engaged in eliminating innocent creatures on the name of religion that so strictly, time and again, prohibits bloodshed and emphasize us to promote peace and harmony.

One can say we belong to a world fuller of weeping than we can even imagine. A Shia or Shia-Hazara mother mourns the death of her one child and weeps for the safety of the other fearing he/she might be killed indiscriminately any time on religious basis. Ahmadi parents see even the buried sons and daughters in the dangerous zone. Christian fear every word coming out of their mouth might be sacrilegious. This all prompts one to say: we like to watch a little destruction and bloodshed everyday as we don’t come near to stop it for once and all. Where for Gandhi “a lamb is no less precious than of a human being”, but for us, worth of a human’s life is considered so little or not at all.

This Quranic verse clearly acknowledges individual choice when it comes to choosing a religion but ignoring the very verse; we let not people to choose what they aspire to as a result of centuries-old ego and conditioned minds. Allah commands the Muslims to show compassion and tolerance toward non-Muslims who don’t take up arms fighting against Muslims but we can’t remain just even against the Muslims who are unarmed. We desecrate graveyards with full redemption because inside them sleep the Ahmadis. We burn the pages of the sacred books and put blame on a little Christian girl to stand her a blasphemer who is mentally unfit We easily eliminate one who questions our ways, our faith, or simply exercises his own ideas, his own religion without creating any sort of disturbance. For now we are grown so intolerant that we question what one wears, what one eats, what one drinks, and unashamedly demand people to trim and mould themselves according to our very wishes.

The recent attack carried out by Siphah-e-Sahaba, an organization that carries out attacks on Shia-Muslims to eliminate them on this planet earth, in which Mehzar Zehra, 12, a grade 7 student got critically injured and her father killed is a true picture of this newly developed world. I long not to mention who she was, where was from, where she was attacked, for that matters not, but I write with flooding eyes that: she, the sweet flower of her colleagues, the cause of a beautiful smile on her mother’s face, the most innocent creature who, at this age was meant to be laughed with but was mercilessly and viciously attacked for reasons she could imagine not a little about. A girl of her age is supposed to be showered with flowers and toys but she was showered with bullets by those who claim to be fighting for purposes that further the glory of Islam.

Sufficiently aware people are, to write more details would be futile. Known are those who have forcefully stealth the humanity from us. Now what remains to be done is to come out and stop this ruthlessness or remain silent spectators and be condemned forever. Time calls for immediate and more exact attention, more practical steps, and more cultivated and sound thinking. For sometimes delay is deadliest; an error.