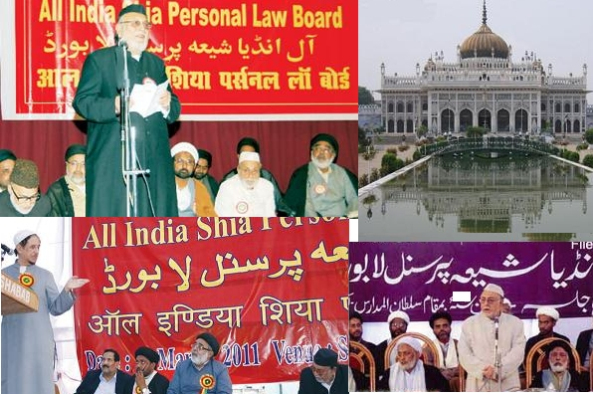 LUCKNOW: The All India Shia Personal Law Board (AISPLB) has condemned attacks on Shia Muslims, Hindus and Sikh natives in Pakistan. Addressing reporters, spokesperson of AISPLB, Maulana Yasoob Abbas said that Pakistan had anti-Islamic polices, which are responsible for atrocities on Hindu and Sikh communities in the country.

“We condemn the series of bomb blasts took place in the cities of Pakistan targeting Muharram processions carried out by Shias and ongoing atrocities on Hindus and Sikhs,” Yasoob told TOI. He announced that the AISPLB would carry out a massive protest in the state capital against killings on December 17. “Rally will be carried out from Nakkhas towards Vidhan Sabha against the anti-Shia and minorities policy of Pakistan. We have invited number of organisations and clerics to join the protest,” he shared.

Yasoob alleged that though the government of Pakistan claims to provide better protection and security to the minorities there, but all those are false claims, which can be assessed through the figures of killings taken place in past some years. “Pak government should improve the security scenario in the country and should wipe of the terrorist organisations, which were stained with the blood of innocent lives,” he added. (tnn) 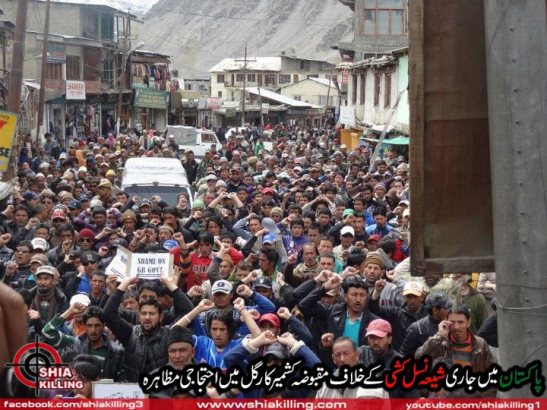 Hukoomat-e-Pakistan Murdah Baad (Death to Government of Pakistan)
Insani Huqooq Kay Alambardaro Sharm Karo (Shame on champions of human rights)
Yazidiat Murdabad (Down with Yazid and his followers)
Gilgit Baltistan Kay Mazloomor, Hum Tumhare Saath Hain (Victims of genocide, we are with you!)

A protester in Indian-administered Ladakh: “We have been facing terrorism since last 1400 years. We have prevailed and will prevail, Inshallah.”