Home  »  Blogs Cross posted   »   The Internet is to Socialism what the Gutenberg Press was to the Reformation -by Dr. Taimur Rahman 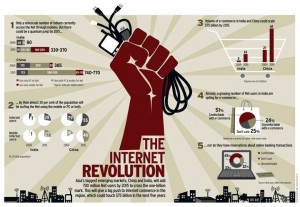 “You cannot bring about a change through the internet because it is a bourgeois medium that only reaches the elite.” This standard argument seems to have clouded the judgment of so many well-meaning activists that they have failed to dedicate sufficient time and resources to making their presence felt in any significant way on the internet. Instead, they cling dogmatically to the politics of the study circle and print publications. This dogma is one of the main impediments behind the inability of the contemporary left to reach to the young generation of radicals.

Let us first begin with the biggest and most obvious advantages of the internet:

1)      It is virtually free: If you subtract the cost of the production of the material that one wishes to circulate (video or print), the remaining actual cost of any internet publication is absolutely free. For movements of the oppressed that are always inevitably strapped for cash, this should be a no brainer.

2)      It is instantaneous: Whether someone is in the US or in Cheechawatni, your message will reach them 3 seconds after you send it (provided they are on your network).

All this should make it amply clear that the internet is the most advanced form of communication available to the world today. It has cheapened the transfer of information to a point that it has destroyed CD sales and print journals. As far as access and universalization of knowledge is concerned, the internet is without parallel in the world today.

But isn’t it dominated by the elite?

And for those who might be scratching their heads to figure out how internet connections might exceed the readership? The answer is simple. Everyone who is able to read also uses the internet. But the internet is used by millions who simply do not read (at least not on a regular basis). These are the bonus 18 percent of the population that watches videos, chats for hours on end, shares pictures on facebook, listens to songs and just surfs the net for fun things. You decide what is more elitist, the top 7 percent or the top 25 percent.

“But it is still the top quarter that uses the internet. What about the bottom quarter.” The fact is that every single new technological innovation has always begun by first being utilized by the elite. That is the way it has been for every new invention one can think of in all of history.

The wheel was first used by the elite for their chariots. Metal swords were a prized possession of the landed classes alone for a long period of history. Books were available only to infinitesimally small educated elite. When newspapers first came out in the 17th century only a few thousand of the elite read them and as late as the 19th century newspaper circulation rarely went above a 100,000. Automobiles, radios, airplanes, television sets, cell phones, computers, and so on, every single invention of the last period of modernity was at first only enjoyed by the elite. As mass production cheapens that commodity (and this happens very quickly under capitalist production) the same commodities become available to everyone.

When I was growing up a mobile phone was a small suit case and only two people in Lahore had it. Today even indentured bonded labourers have cell phones. When I was growing up only my richest relatives had a VCR that we used to borrow once a month to watch movies on. Today no one would touch a VCR because everyone knows it’s a piece of junk. Every factory worker has a cheap china DVD player with a small monitor on which they watch Indian movies. Villages may have nothing else, but they always have a khokha with a small TV-DVD showing Indian songs.

The point is that capitalism has made new technologies available to the people on a mass scale thereby making it extremely easy for anti-capitalists to communicate to working people. Socialists are already in possession of the most powerful medium ever created to change the world.

But aren’t revolutions are only made through physical confrontation with the opposition? Indeed, they are mostly made in that way. But such confrontation is only the pinnacle of an ideological process challenging hegemonic ideas. And with the exception of a few countries, most of the world’s working class movement is not standing on the precipice of taking power, but standing at a stage of struggle where they need to gain ideological hegemony.

Imagine if Marx and Engels had the internet, their blog would have been read all over the world. Lenin would have been communicating directly with communist parties in every corner of the globe. Socialist literature would not be shipped in crates but would be receiving millions of hits on the internet. Che Guevara’s Bolivian Diary would have been a podcast that billions followed. Debates on the Prison Diaries of Gramsci would have been occurring in real time from the forests of Vietnam to the far corners of Africa. All of this is the future of mankind, provided we realize the immense socialization of communication that our generation is already benefiting from.

To conclude, if it were not for the Gutenburg printing press, the fate of the Reformation would have been no different from earlier movements that met their end in the Inquisition. The printing press in the hands of the rebels changed the balance of power forever. In the same way, the internet has the potential to disseminate leftist ideas on a hitherto unimaginable scale and overturn the intellectual hegemony of capitalist ideology over the world.