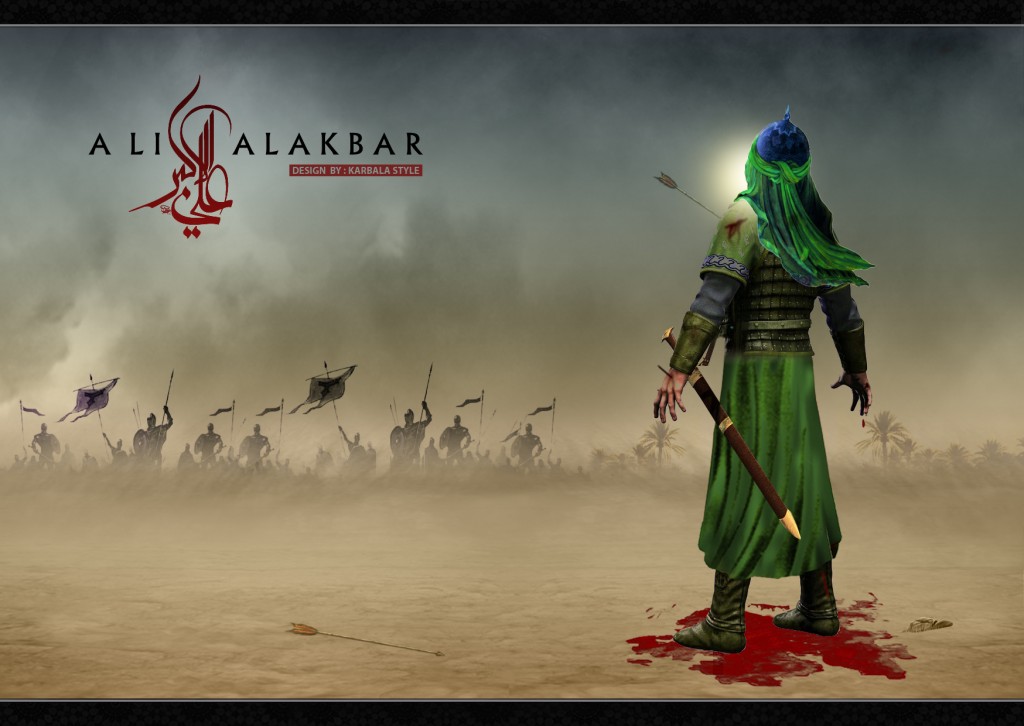 Related post: Hindu contribution to the marsiya – by Intizar Husain

IN our school and college days we all loved to assist friends set up `sabeels` alongside Lahore`s traditional `Ashura` procession, providing cold drinks to the thousands who mourned. Sects and beliefs never mattered then. But then neither did one`s religion.
For well over 1,332 years, the tragedy of Karbala moves everyone who hears about it, be they Muslim, Christian, Hindu, Sikh or any other religion. This is one incident that brings out the need to support those with a moral position.

As children we attended the `sham-ighareeban` with our Shia friends, and learnt the lesson of supporting those in the right. Everyone respected the beliefs of others. Yes, there were always a few silly chaps who wanted attention, but they were at best ignored.

The ancient city of Lahore is connected to the tragedy in no uncertain terms.

Historical accounts say seven brave warriors from Lahore died while fighting in the Battle of Karbala. It is said their father Rahab Dutt, an old man who traded withArabia in those days, had promised the Holy Prophet (Peace be upon him) to stand by his grandson in his fight to uphold the truth.

That pledge the brave Rajput Mohiyals of the Dutt clan from Lahore upheld.

Today they are known as Hussaini Brahmins, who lived in Lahore till 1947.

Then there is the fact that besides the Hindu Rajputs of Lahore, in the battle also fought John bin Huwai, a freed Christian slave of Abu Dharr al-Ghafari, whose `alleged` descendents, one researcher claims, still live inside the Walled City of Lahore.

I have been on the track of these ancestors for quite some time and have been able to trace one Christian family living inside Mori Gate. They claim to have a connection with a `Sahabi` whose name they cannot recollect. M. A. Karanpikar`s `Islam in Transition`, written over 250 years ago, made this claim, but I do not think it is a claim worth pursuing.

But the most powerful claim of Lahore as the place where the descendents ofHussain ibn All came lies in the Bibi Pak Daman graveyard, where the grave of Ruquiya, sister of Hussain ibn Ali and wife of Muslim ibn Ageel, is said to exist.

Also graves here attributed to the sisters of Muslim ibn Ageel and other family members. Many dispute this claim.

But then no less a person than Ali Hasan of Hajweri, known popularly as Data Sahib, came here every Thursday to offer `fateha` at the grave, informing his followers that this was the grave of Ruquiya. The place where he always stood to offer `fateha` has been marked out, and his book also verifies this claim. Mind you detractors exist, of this have no doubt, but the supporting evidence is quite strong.

Let me begin the story of the Dutts by going through the record of the Shaukat Khanum Hospital and the recorded fact that Indian film star Sunil Dutt, who belonged to Lahore, made a donation to the hospital and recorded the following words: `For Lahore, like my elders, I will shed every drop of blood and give any donation asked for, just as my ancestorsdid when they laid down their lives at Karbala for Hazrat Imam Husain.

Makes you think -but then there is this account which says that the seven sons of Rahab Dutt lost their lives defending the Imam at Karbala. The Martyr`s List at Qum verifies this. History records when the third thrust by Yazid`s forces came, the Dutt brothers refused to let them pass. The seven Punjabi swordsmen stood their ground till they were felled by hundreds of horsemen. In lieu of the loyalty of the Dutt family to that of the Holy Prophet (Peace be upon him) was coined the famous saying: `Wah Dutt Sultan, Hindu ka dharm, Musalman ka iman, Adha Hindu adha Musalman.` Since then, so the belief goes, Muslims were instructed never to try to convert the Dutts to Islam.

A grieving Rahab returned to the land of his ancestors, and after staying in Afghanistan, returned to Lahore. I have tried my very best to locate their `mohallah` inside the Walled City, and my educated guess is that it is Mohallah Maulian inside Lohari Gate. Later theymoved to Mochi Gate, and it was there that the famous Dutts lived before 1947 saw them flee from the hate of the people they gave everything for.

The most interesting thing about the Hussaini Brahmins is that they are highly respected among Hindus, and even more amazingly it is said that all direct ancestors of Rahab Dutt are born with a light slash mark on their throat, a sort of symbol of their sacrifice. I was reading a piece by Prof Doonica Dutt of Delhi University who verified this claim and said that all true Dutts belong to Lahore.

I must point out to an amazing version of these events that an Indian historian, Chawala, has come up with. It says that one of the wives of Hazrat Imam Husain, the Persian princess Shahr Banu, was the sister of Chandra Lekha or Mehr Banu, the wife of an Indian king Chandragupta. We know that he ruled over Lahore. When it became clear that Yazid ibn Muawiya was determined to eliminate Hussain ibn Ali, the son of Hussain (named Ali) rushed off a letter to Chandragupta asking for assis-tance. The Mauriyan king, allegedly, dispatched a large army to Iraq to assist. By the time they arrived, the Tragedy of Karbala had taken place.

In Kufa in Iraq a disciple of Hazrat Imam Husain is said to have arranged for them to stay in a special part of the town, which even today is known by the name of Dair-i-Hindiya or `the Indian quarter` The Hussaini Brahmins believe that in the Kalanki Purana, the last of 18 Puranas, as well as the Atharva Veda, the 4th Veda, refers to Hazrat Imam Husain as the avatar of the Kali Yug, the present age. They believe that the family of the Holy Prophet (Peace be upon him)is Om Murti, the most respected family before the Almighty.

All these facts bring me back to our days as school children working hard to provide relief to the mourners on Ashura. Reminds me of our neighbour Nawab Raza Ali Qizilbash, who invited us to his `haveli` every year to see the preparations before the event. Raza Bhai is no more, and neither is the tolerance that we all enjoyed so much.