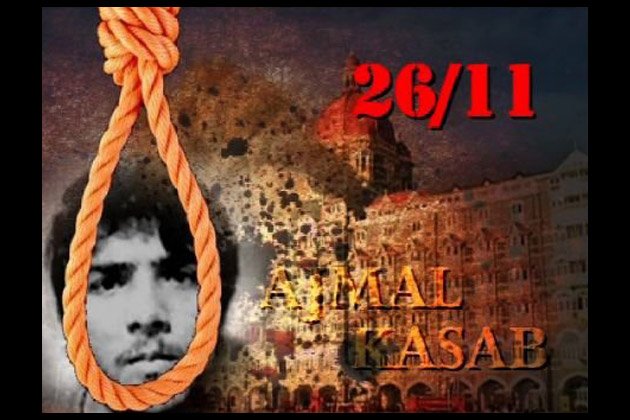 Societies which believe in death penalty have very strong arguments in favour of it. They definitely believe in sense of justice. Most of the times, it is not the revenge but rights of victim and his/her loved ones that they vouch for. They genuinely believe that death penalty in itself if the biggest hindrance to the chances of murder committal by the potential murderers. Those are very sincere arguments, underlying the sense of collective goodness of society. But societies who have abolished the death penalty have their own counter arguments also. Their arguments are also based on equally strong underlying desire to make their societies the better living places.

Let us first talk about deterrence again potential murders. As long as human history goes we know that death penalty has been present as a form of punishment. But murders are still committed every day. Murder rate in some societies is higher than other societies. Even rates vary in different strata of the same society. Here is sample of data for some of the country

Yes Saudi Arabia** 3.2 WHO via Interpol

Within USA, rates vary amongst states. I have selected first and last three states in alphabetical order.

Above data clearly demonstrates that having death penalty as form of punishment is no deterrence to potential murders. Instead we see that generally the countries/states (provinces), which do not have death penalty, have lower homicides rates. But it also does not mean that low murder rates are because of abolition of death penalty. It would be safe to say that it is not the punishment but education and other socioeconomic factors which determine the commission of a crime. Such violent crimes are generally committed during fits of rage, usually the product passion, property or paranoia of the person. How many highly educated individuals we know committed the murders with their own hands? With few exceptions, all of them can be categorized to be not highly educated and belonging from low socioeconomic group, or been product of traumatized upbringing.

As we see in USA, despite having, similar form of investigation and justice system, the states which are socio-economically better have lower rates of murders irrespective of death penalty as form of punishment. We also observe that if we want to combat crimes by just putting more and more resources into law enforcement agencies, we find ourselves in a vicious cycle. We can see that despite astronomical budget increases for law and order, we as a nation are at the verge of collapse.

What about the justice? Let us first try to ascertain what is meant by justice? I am not sure if one can find perfect definition of justice. Plato/Socrates defined justice something like “returning debts owed” (Haqdaar ko uss ka Hq wapas karna) and “working at that what is naturally best suited”, and it is very similar to Islamic concept of justice. In the case of the worst imaginable crime i.e. a murder, victim and family of victim suffer the most dreadful atrocity. Victim loses life and family has to live with un-repairable emotional void and financial losses. In the case of hanging, the rationale of ‘returning the debt owed’ is unfortunately no possible because we cannot give the life back to the victim. So there is no way one can give justice to the victim. The next worst sufferer is the family of the victim. It is true that hanging can give them some satisfaction to them that justice was served. Then question arises if that attitude is inherent human nature or a learned behavior based on the history, traditions and current social atmosphere? We know that sense of getting justice can involve different routes for the same crime. Blood money, tradition of giving someone in marriage to victim’s family and totally forgiving the murderers are few such routes which have existed among people and places. Some of them can be considered just and some unjust. So it is clear that feeling of some relief over the hanging of criminal is a “Learned Behavior” and not innate human nature. If we educate the society about that, then people can have same sense of relief as they get in No-death penalty societies.

Religious edicts! The strongest resistance is based on sincere belief that abolition will violate the God’s injunctions. This is further complicated by the facts that many liberals have occasionally labeled such punishments as “cruel religious punishments”. I think both sides need to review it. We should try to understand that those punishments were also present per-Islamic time and Quran continued them because it suited best to the society. At that time and they were most feasible adoptable forms of justice. I am copying following paragraph from my previous write up to further this argument.

“Another aspect we tend to ignore is the feasibility of any punishment. As we know that with just few exceptions, society was totally nomadic at that time. There was no concept of jails as institutions

till Omer the Great started it when Muslims became more aware of it, after coming in contact with Roman Empire.

More importantly, it was not feasible to have such arrangement in Bedouin society. Imagine the requirements if one person was punished to be put under physical surveillance. In such situations, convict obviously would have been given to the victim’s tribe. How much manpower would have been needed to guard that person, especially with contestant movement of tribe? How could the safety of that person have been assured? How to prevent the attacks on that tribe by convict’s tribe to get their tribesman free? It appears that it was because of such reasons that all punishments in Quran are to be summarily executed.” https://lubpak.com/archives/133322

We all know that Quran also allows the life of culprit can be spared if heirs agree. So if there is constitutional amendment in this regard which will mean that society as whole has made such agreement. We have such glorious examples from Muslim history when such things were adopted. At least two such changes were made by none other than Khulafa e Rashideen, Omer the Great (RA) and Hazrat Usman Ghani (RA). Well known example of suspension of hand amputation. Prophet had expelled some people from Medina who had spied for Meccan before Mecca campaign. Hazrat Usman (RA) reversed the decision saying that it was Prophet’s executive order and he (Hazrat Usman) as executive had the authority and that it did not violate any Islamic teachings (ref. Hazrat Usman, Hazrat Ali by Dr. Taha Hussain, Egypt ). I think it is clear that crime and punishments can be amended with social needs. We see that such needs arose not long after Prophet’s own time.

Innocent convictions! Who better knows the disaster of innocent being hanged than Pakistan? It is well known fact even in developed countries where investigations and justice systems are far better than ours, innocents have been convicted. As late as November 14th, 2012 a man was released after spending more than 30 years in jail after wrongfully convicted of rape and murder. As per Innocence Project web, 99 wrongfully convicted innocent people have been released from prisons since 1991. Eighteen of them were on death row and would have been executed if their case were not pushed by activists. Those are just those who were convicted of murders. Imagine how many may already have been executed when DNA matching was not available. Some were even non DNA exonerations because prosecution had tempered the evidence etc. To have such system which can kill the even a single innocents mounts the killing of whole humanity as per Quran.

Pakistan and executions! One of the very first acts of Zulfikar Ali Bhutto after December 20th, 1971was the moratorium on executions. At that time Pakistan was one the few such countries in the world. Incidentally his very last order as prime minister was also commutation of two death row inmates. Ironically the very same person was judicially murdered. Admirably, all the successive PPP governments have continued this practice. Unfortunately, that practice was abolished, apparently under army’s pressure, on 14th of this month when Muhammad Hussain was hanged for the murdering Havaldar Khadim Hussain. It is very unfortunate that Havaldar Khadim Hussain was needlessly murdered and I have all the sympathies for his family and loved ones. No one can pay that loss back. However it may have some sense of ‘closings’ to the family. But it is also clear that it did not fulfill the basic requirement of the concept of “returning debts owed” as it did not give the life back to unfortunate Havaldar Khadim Hussain.

Kasab and Sarabjit! Since the news broke out, many of us have been ligating Kasab’s execution with the conviction of Sarabjit Singh and are demanding his quick execution as tit for tat. This clearly means it is the revenge and not the sense of justice behind such demands. It is same mentality which approves the rape of sister of rapist by the brother of the victim. They are two different individuals who have no kind of relations with each other. How can one undesirable act be answered by similar undesirable act?

What should be done? I am no way suggesting that murderers be let go. I am saying is that execution is not the best punishment during current times as we have better ways to deal with it. No form of punishment can fulfill the basic most standards of justice i.e. returning the debts owed. The best next step seems to be focusing on “working at that what is naturally best suited”. We do not want the murderer roam free in society and cause more miseries. I think changing the definition of life imprisonment that it means the inmate has to spend all of his future life in prison and not be released after specified number of years as is currently done. Based on the nature and motives, punishment should also include financial assistance to victim’s heirs etc. Special high security prisons with some industry or other forms of labor should also be considered. Initially it would, naturally, be hard for heirs and society to accept such arrangements wholeheartedly, but with time, this will be considered a norm as is done in societies which do not have execution as a form of punishment.

The most importantly we need to put more resources and efforts in education. Societies which believe more in education and social uplift of their masses do not have to spend so much on their police, jails or armies. Until and unless we decide that we will not teach our children hatred and violence, no matter how much we spend or how many people we hang, we are never going to achieve peace. We also need to make our adults unlearn the concepts of conquering the world by violence and start the process of peaceful coexistence.